The three separate shootings happened between Sept. 9 and 16. 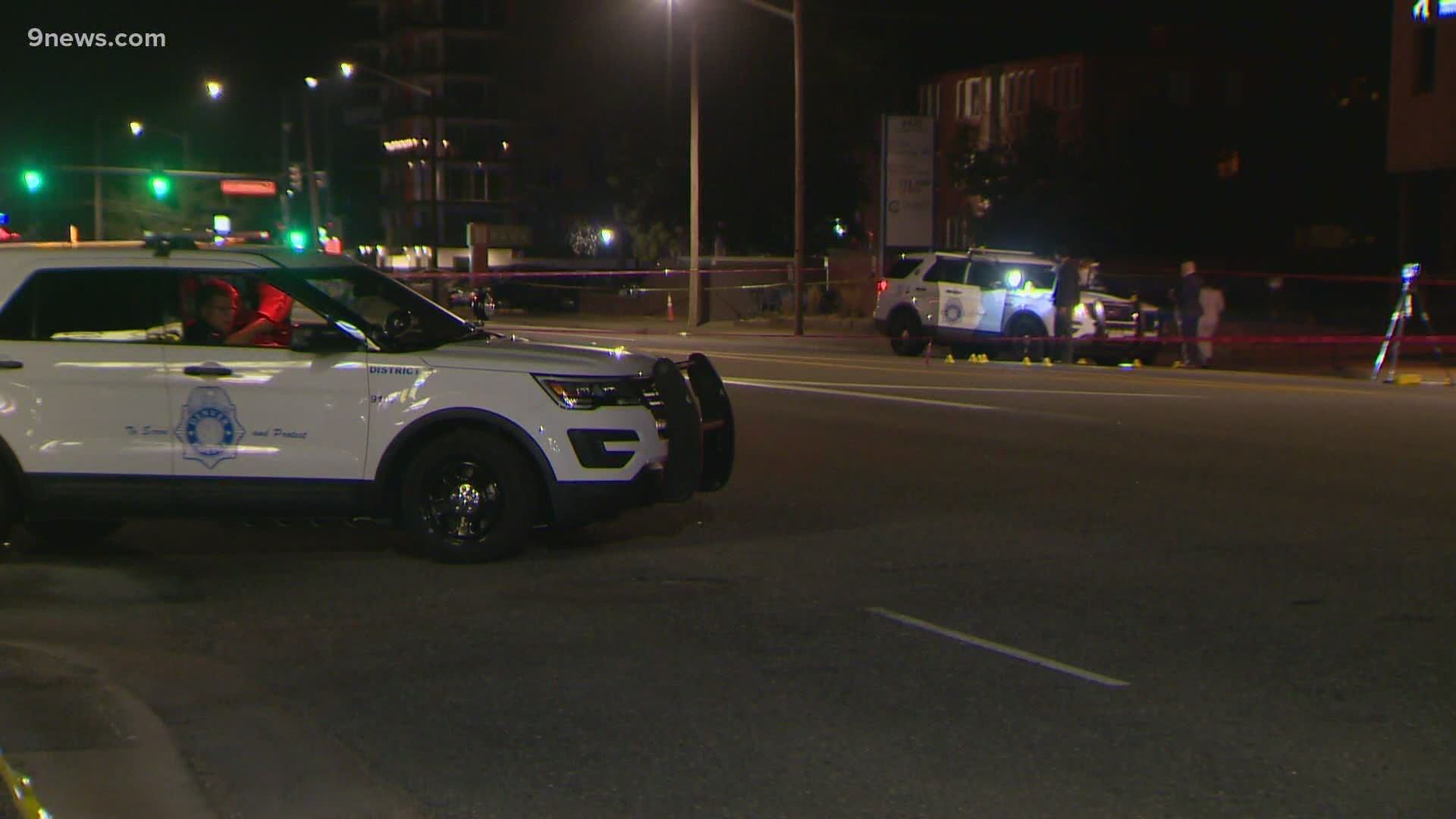 DENVER — The Denver Police Department (DPD) held a news conference Wednesday afternoon to give updates on three officer-involved shootings that have occurred in the last seven days.

One of the shootings involved an airsoft gun that officers believed was real, and in another incident, a woman was taken as a hostage.

Antonio Blackbear, 41, was killed in the Sept. 9 shooting that happened near West High School.

Police said they were called because Blackbear was waving a gun around and threatening people – DPD said dispatch received 15 calls about a man with a gun.

When officers arrived at the scene, they said they saw that man, later identified as Blackbear, threatening people who were in a stopped vehicle. DPD said Blackbear had stopped the vehicle and was attempting to carjack the people who were inside.

Officers confronted Blackbear, who DPD said then began walking toward them. DPD said Blackbear did not drop his weapon when he was asked to do so. Those officers then fired their weapons at Blackbear, who was shot and injured.

Blackbear died early in the morning on Sept. 10 at Denver Health.

DPD said an airsoft gun that looked like a handgun was found at the scene.

The uniformed officers involved in the shooting had been with the department since 2013 and 2015. Neither had been involved in shooting prior to this incident, DPD said.

The officers involved have been placed on modified duty while the incident is investigated. 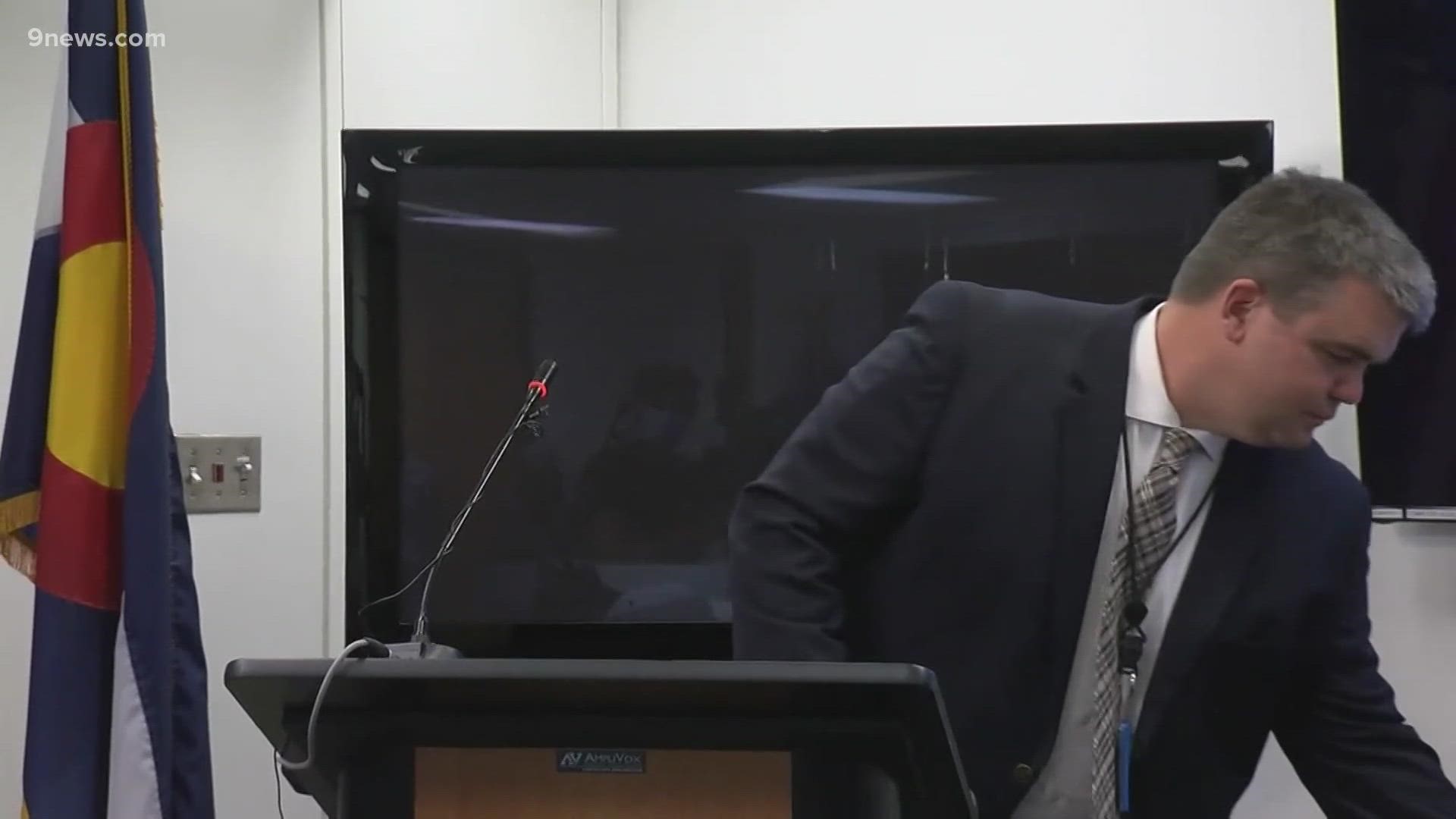 In Wednesday's news conference, DPD said the SUV was pulled over for not having a license plate.

After initially pulling over, the suspect then fled from deputies, going south, and deputies pursued the vehicle. At West 48th Avenue and Bannock Street, the driver of the SUV fired shots at the deputies, DPD said.

About 11 minutes into the pursuit, a female passenger called 911 and said the man driving would shoot her if police did not stop the pursuit, DPD said.

The pursuit went into Denver, which was when DPD joined the chase. After several attempts to stop the vehicle, officers succeeded in deflating the tires, which then caused the suspect to lose control and crash the car near West Conejos Place and North Meade Street, DPD said.

The male suspect and female exited the car, the male had his arm around the female's waist and neck with a gun pointed at her head, DPD said. The two then walked away.

Officers stopped them about a block away in a backyard near Colfax and Meade. DPD said officers tried to deescalate the situation, and after about a minute and 40 seconds of verbal communication, the suspect emerged from behind a bush with his arm still around the female's neck.

The suspect then threatened to kill himself, and an officer fired one shot.

DPD said the suspect fell to the ground and the female was freed from his control. The suspect still had the gun and pointed it toward officers. That's when two Adams County deputies and two DPD officers fired their weapons.

The female was unharmed, DPD said. The suspect had a loaded handgun with additional ammunition.

The Adams County deputies were hired in 2013, 2014 and 2018; none had been involved in a shooting prior to this incident.

The officers involved have been placed on modified duty while the incident is investigated.

DPD said uniformed officers responded about 10:34 p.m. to a call about a man with a gun.

As they were talking to McPherson from a distance, officers said they noticed a grip of a gun in the man's pocket. Officers gave verbal instructions, but McPherson reached for the gun and officers fired their weapons.

DPD said three officers, two hired in 2013 and one in 2020, were involved and are now on modified duty while the incident is investigated. None of the officers had been involved in a shooting prior to this incident.

DPD said they could not say whether the suspect pointed the gun at officers before they fired weapons.

RELATED: Man reported with gun dies after being shot by Denver Police