9 people shot, 2 of them killed, over six hours in Denver 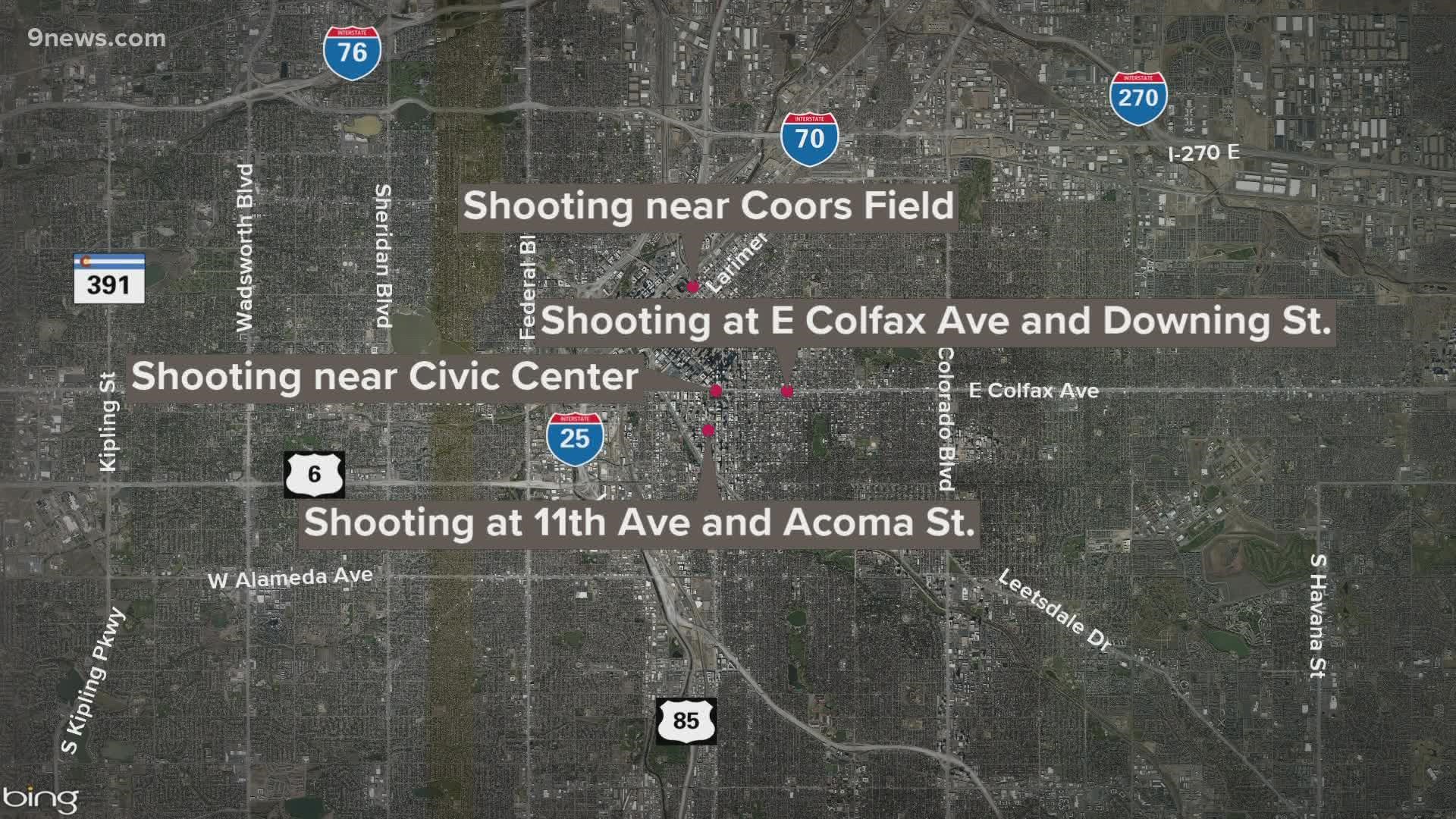 DENVER — Nine people were shot, and two of them killed, within about six hours from Friday night through early Saturday, police said.

The two fatal shootings happened Friday night: one in the Civic Center Park area and the other outside Coors Field, according to the Denver Police Department (DPD).

The first incident occurred about 8:30 p.m. in the area of West Colfax Avenue and North Broadway. Three victims were sent to the hospital. One of them died, a second victim was in critical condition, and a third had injuries that were not life-threatening, police said. The third victim is believed to be an uninvolved bystander, according to police.

DPD said preliminary information indicates two suspects approached a group of people in the park and shots were fired. The motive is still under investigation, police said, and no one has been arrested.

Another shooting happened about 10:30 p.m. Friday, this one in the area of 22nd and Blake streets near Coors Field, about an hour after the Colorado Rockies game ended.

Two men were taken to a hospital. One of them was pronounced deceased. The other, believed to be an innocent bystander, suffered non-life-threatening injuries, police said.

According to DPD, the person who died was a contracted concessions worker at the stadium who was involved in an argument with two people when he and the bystander were shot. The shooting is not believed to be related to the concessions worker's job, police said.

Just before 2 a.m., DPD officers responded to a shooting in the area of West 11th Avenue and Acoma Street.

Police said in that incident, there was an altercation in a parking lot that led to multiple shots being fired

About 10 minutes later, a shooting was reported in the area of East Colfax Avenue and Ogden Street, according to DPD. Police said that a woman was taken to a hospital with injuries that did not appear to be life-threatening.

They added later on Saturday that another man was shot in the same area around the same time, and he's also expected to live.

DPD has not reported arrests related to any of the shootings.

Anyone with information on any of the shootings can contact Metro Denver Crime Stoppers at 720-913-7867 or metrodenvercrimestoppers.com. Tipsters can remain anonymous and may be eligible for a reward of up to $2,000.