Group calling themselves 'Sopranos' accused of stealing $950,000 in cars, items

The suspects face a total of 91 counts in a series of crimes to support their drug habits, according to the Denver District Attorney's Office. 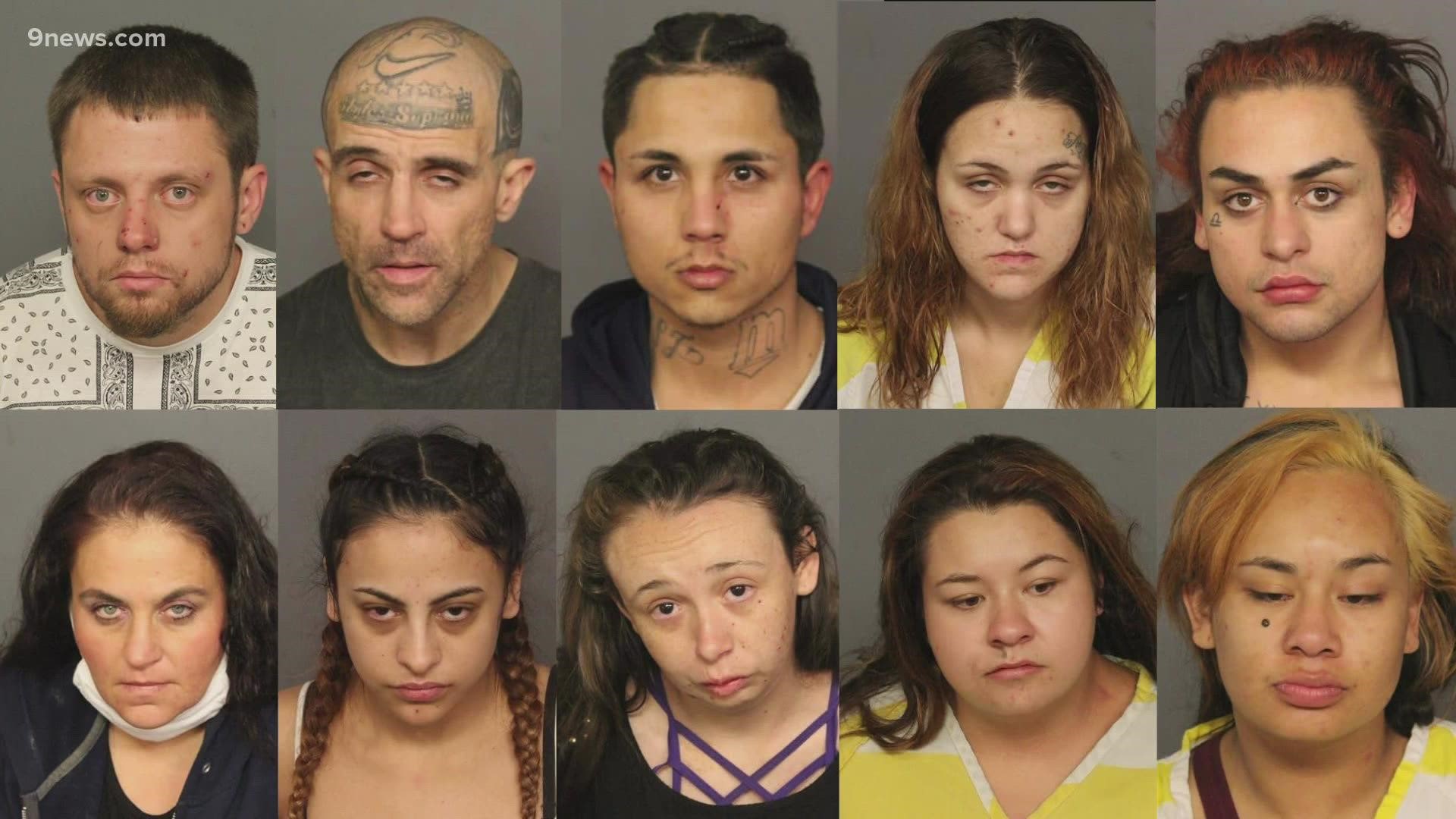 DENVER — The Denver District Attorney's Office on Friday announced the indictments of 11 suspects who are accused of stealing more than $950,000 in cars, guns, tools, credit cards and other items to support their drug habits.

The suspects, who called themselves "The Sopranos", were indicted on organized crime charges and face a total of 91 counts, according to DA's Office.

Between at least Feb. 19, 2020, and Sept. 29, 2021, the suspects, many of whom are related or were in an intimate relationship before the crime spree started, stole items to support their addictions to fentanyl, heroin and methamphetamine, according to the indictment.

The suspects used Facebook to plan their thefts and arrange bond for one another. Sometimes they livestreamed crimes they were committing while other members of the group commented and offered encouragement, according to the indictment.

The suspects were identified as:

The 11 suspects variously faces charges including: