After Brett Hart posted on Nextdoor, the offers to help find his dog poured in, but Milly is still missing. 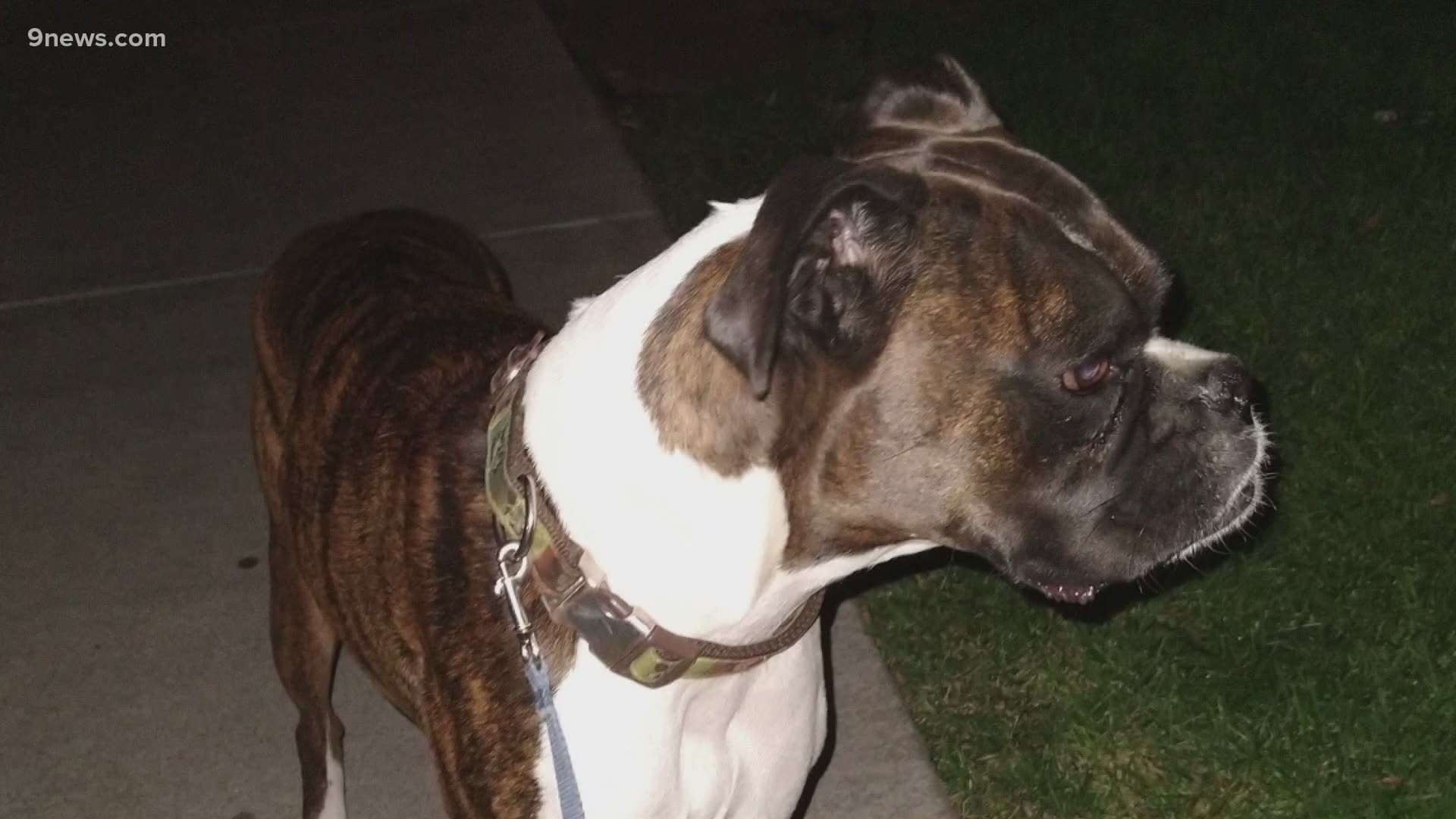 DENVER — A veteran in Denver said he was attacked, beaten and had his dog stolen from him near an encampment where people experiencing homelessness were living.

Brett Hart, 60, told 9NEWS he called police last Tuesday after he was attacked near East 13th Avenue and Logan Street.

"These three are of Milly," Hart said, showing one of the cellphone photos he took of the brindle boxer he rescued from a Denver sidewalk.

“I was coming up the sidewalk, this street," Hart said, gesturing down Logan Street. "I saw the dog lying in the sidewalk.”

Hart said the boxer was living in a encampment with people experiencing homelessness.

"And she was so small and sickly-looking, and she had mud – dried mud on her lips," he said.

Hart said he offered to buy the dog from the man who came forward as her owner. After rejecting his initial offer, Hart said the man agreed to part ways with the boxer for $400.

“And he took the money gladly," Hart said.

Hart took the dog home and called her Milly. He said he took care of her for at least two weeks before he ran into her previous owner again.

Hart declined, but offered to take the dog back to the encampment so the man could say goodbye. At the camp, Hart said a woman took off Milly's leash and refused to return the boxer to him. The previous owner called the dog over, and as Hart tried to follow, he said he was attacked from behind by another man.

Hart said he was able to call police. Officers responded, but Hart said they were not able to search inside any of the tents at the encampment for his dog.

Denver Police confirmed investigators received a report from the incident last Tuesday, but no arrests have been made.

Hart shared his story with neighbors on the Nextdoor app, and the offers to help brought him to tears.

“It literally made me cry," he said. "My phone would go off and I’d just cry because I just didn’t think anybody would care.”

Hart said multiple neighbors offered to walk the neighborhood before work to look for Milly.

Milly is still missing, but it's not lost on Hart how much the community cares.

"That's worth everything," he said.

RELATED: 6 kittens, mom rescued after being trapped in drain

RELATED: White hawk that resided in Westminster passes away