Deputies confronted four suspects inside two trucks that had been reported stolen. 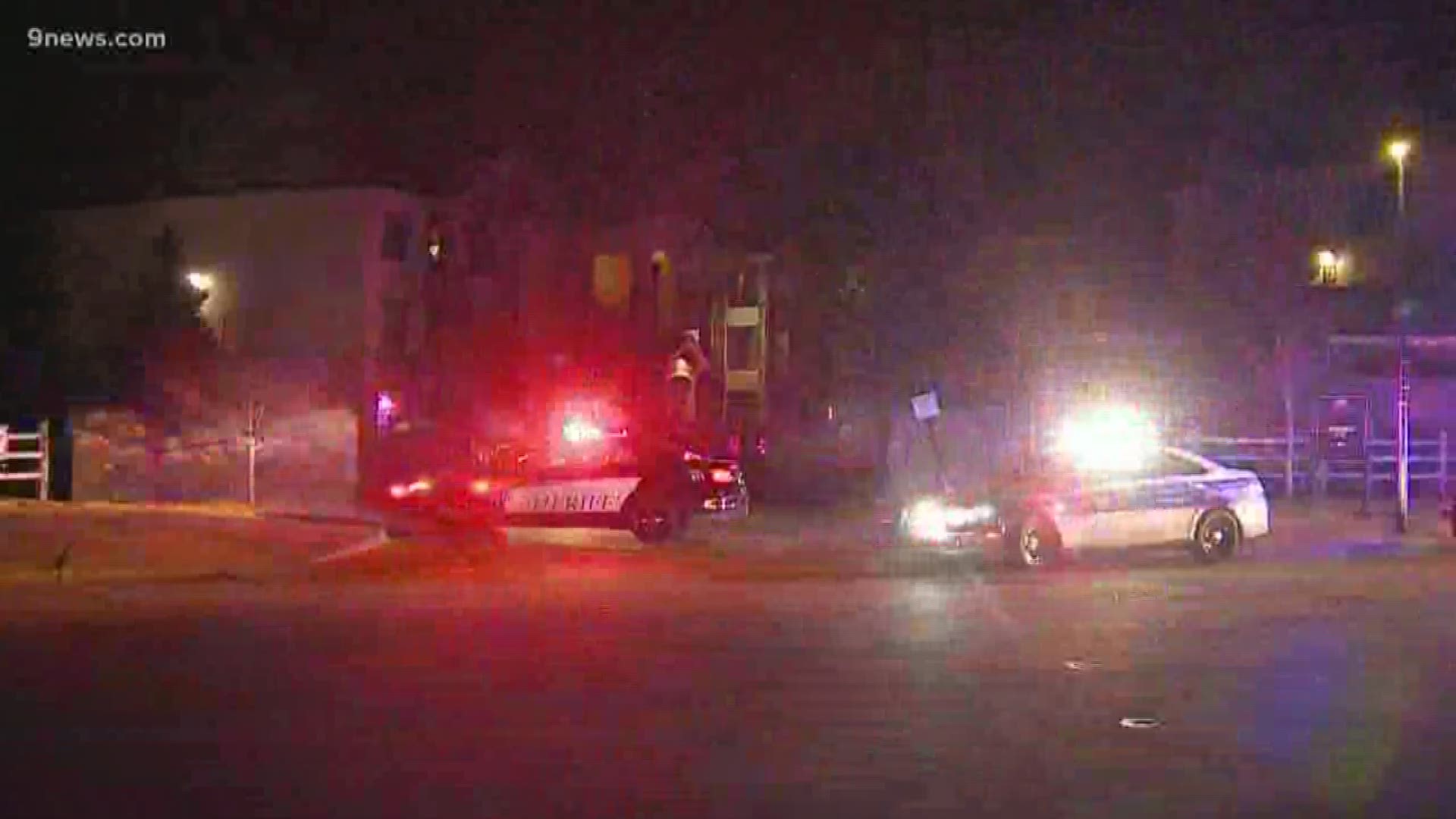 ARAPAHOE COUNTY, Colo. — A car theft suspect is in the hospital, and three others are in custody after an officer-involved shooting in Arapahoe County Wednesday night.

The Arapahoe County Sheriff's Office (ACSO) in a news release Thursday said about 3:19 p.m. Wednesday, deputies contacted the driver of what appeared to be a truck stalled in traffic in the area of South Parker Road and East Fremont Avenue. That's near the Parker and Arapahoe roads intersection.

That stalled truck had been reported stolen out of Denver, ACSO said. Two suspects, later identified as Jorge Armando Jamiez-Baez, 22, and Alexis Michelle Ruder-Iturrio, 24, were arrested.

Deputies then learned another stolen truck would be arriving in the area, ACSO said. When the truck arrived, the driver pulled into a parking space at the apartment complex at 16363 E. Fremont Ave., where deputies blocked in the truck and attempted to detain three occupants.

As deputies approached the truck, the driver, identified as Diego Castorena Gallegos, 22, put it in gear and began ramming surrounding cars, ACSO said. As Gallegos was attempting to escape, a deputy was pinned between the stolen truck and a car, which is when a second deputy fired shots at Gallegos.

Gallegos was shot multiple times and deputies were able to take him and one of two passengers, identified as Amalia Alma Castro, 19, into custody, ACSO said. The second passenger fled the scene. Deputies said they have since located him and he is not facing any criminal charges.

The injured deputy was treated and released at an area hospital, ACSO said. Deputies provided first aid to Gallegos and he was transported to an area hospital with nonlife-threatening injuries.

Credit: Twitter screenshot
Arapahoe County Sheriff's Office tweeted about a car theft and officer-involved shooting on Jan, 22, 2020. The tweets have since been deleted.

The deputy who shot Gallegos has been placed on administrative leave, which is a standard procedure for an officer-involved shooting.

ACSO said the suspects are facing the following charges:

ACSO suspended a shelter-in-place advisement for the area around 10 p.m. Wednesday.

ACSO originally said in a tweet the suspects shot at deputies, then tweeted the suspects did not fire weapons. The tweets have since been deleted.

Credit: Twitter screenshot
Arapahoe County Sheriff's Office tweeted about a car theft and officer-involved shooting on Jan, 22, 2020. The tweets have since been deleted.

Anyone with information on the case is asked to call the ACSO Investigative Tip Line at 720-874-8477.