The first robbery of the four robberies was in December, the most recent was on Tuesday. 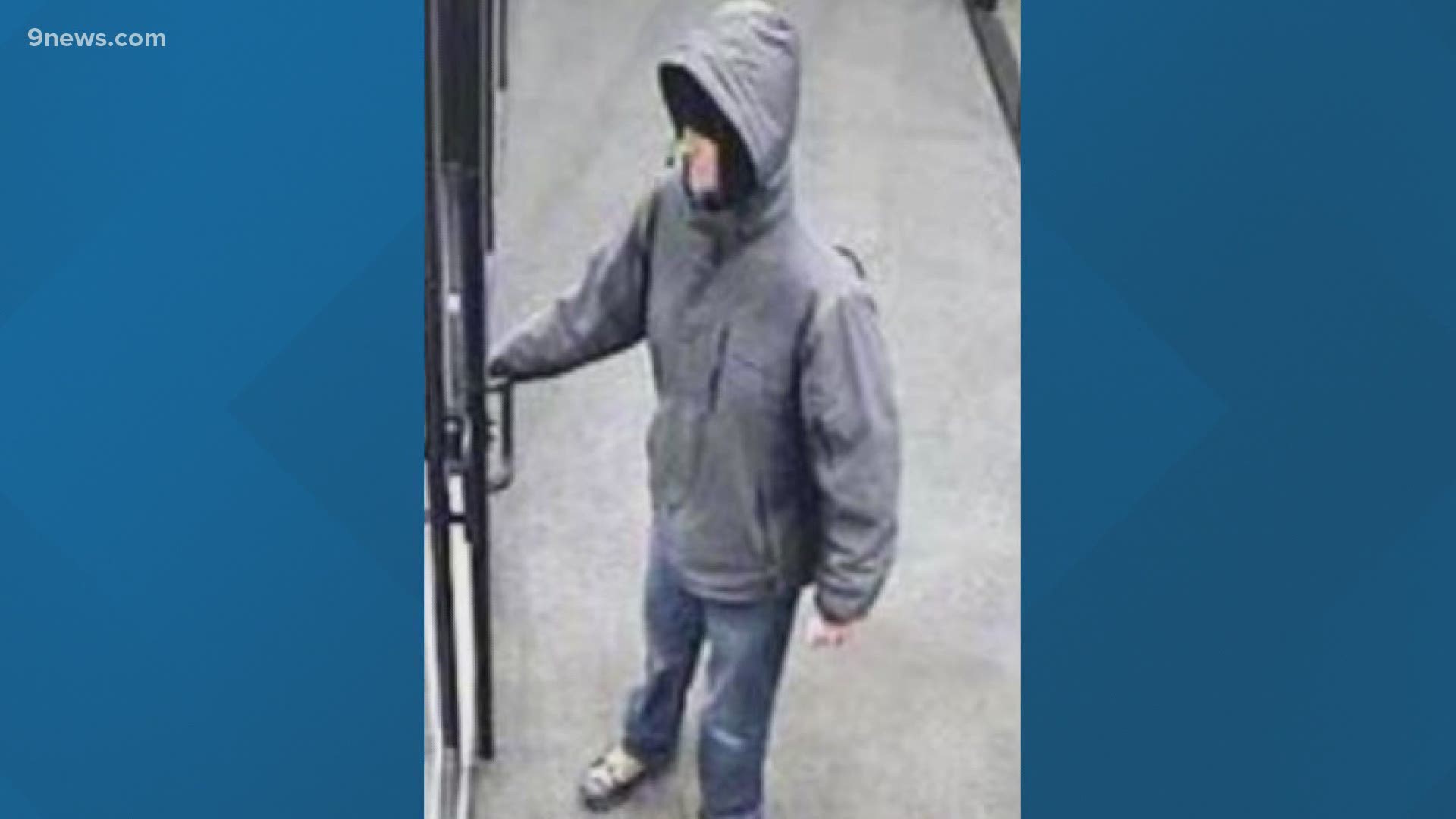 The same man is believed to have robbed the Chase Bank at 3501 S. Tower Rd. on May 5 just before 4 p.m. and again on June 2 just after 1 p.m. That bank is located at the corner of South Tower Road and East Hampden Avenue in southeast Aurora.

RELATED: Tattooed man who used makeup as a disguise arrested in connection with bank robberies

He also robbed the Chase Bank at 5800 S. Parker Rd. in Aurora on Dec. 2, 2019, and again on Feb. 5, of this year, according to the FBI. That bank is located on South Parker Road just north of East Orchard Avenue across from the off-leash dog area at Cherry Creek State Park.

The suspect is described as a white man, 30 to 40 years old, who is about 6 feet tall, with a thin build.

During the June 2, robbery, he wore an orange hat with a “T” embroidered on the front of it, a white pin-striped shirt, white surgical-style mask, blue jeans, and hiking boots.

During each of the robberies, he entered the bank, approached the teller, presented a demand note and threatened that he had a weapon, although none was seen.

Bank robbery is punishable up to a 20-year prison sentence for each offense and increases if a dangerous weapon is used in the commission of the crime.

If anyone has any information on the bank robberies above, or any bank robbery, please call the FBI Rocky Mountain Safe Streets Task Force at 303-629-7171.

They can also remain anonymous by submitting tips through Denver Metro Crime Stoppers. Callers could be eligible for a reward of up to $2,000.