Two suspects were in custody after a home burglary early Saturday in Castle Pines. 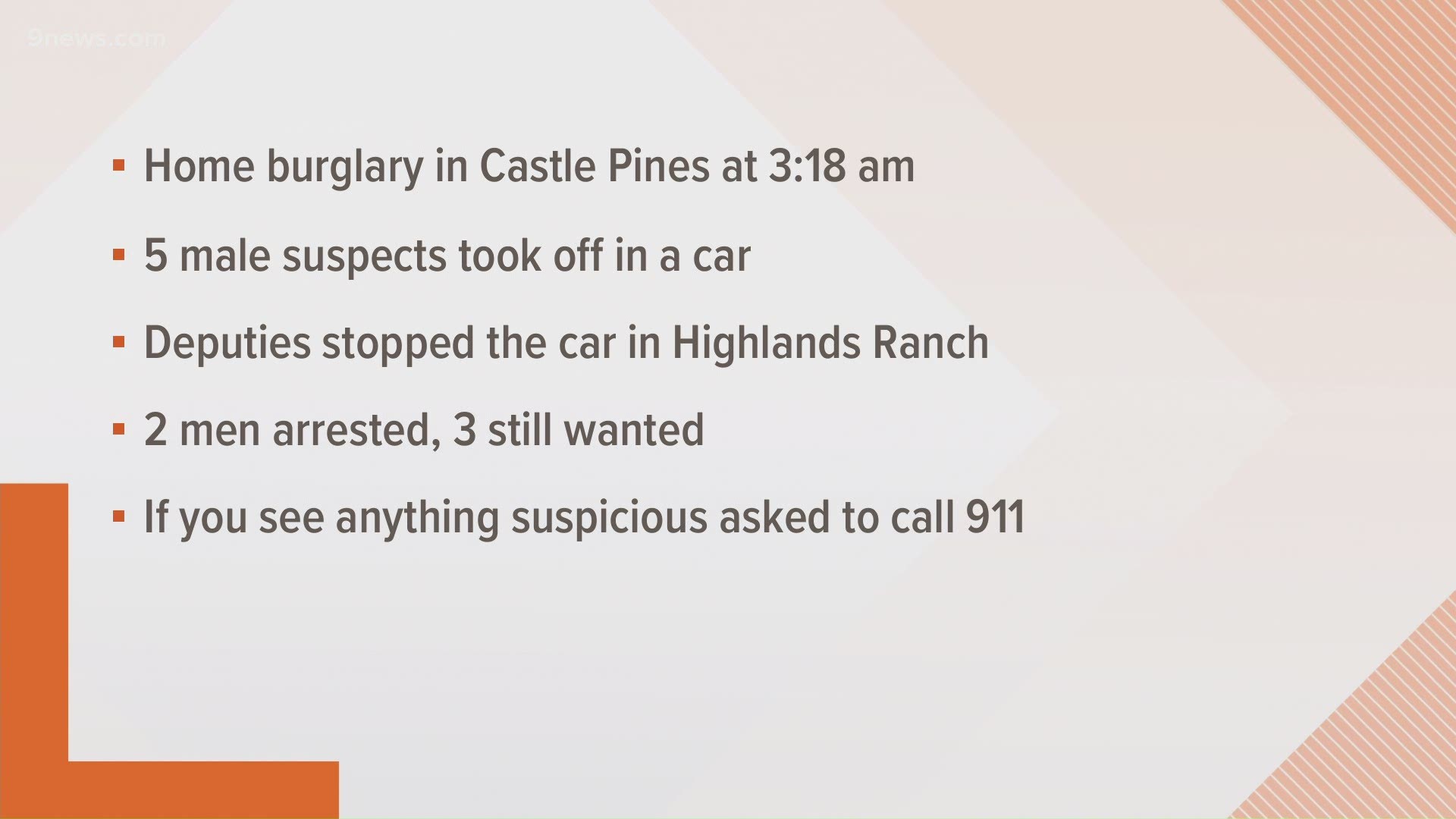 Residents in the area of Wildcat Ridge and Cheetah Winds were sent a CodeRed on Saturday morning to shelter in place. The alert was lifted just after 9 a.m.

The incident started with a home burglary about 3:15 a.m. in the area of Oxford Drive and Cerney Circle in Castle Pines, according to a DCSO spokesperson.

Douglas County deputies were nearby at the time and followed the suspect vehicle to the area of McArthur Ranch Road and South Quebec Street in Highlands Ranch, where they stopped the vehicle using stop sticks.

All five suspects ran, and two were quickly taken into custody, the spokesperson said. DCSO wasn't releasing the identities of the arrested suspects. At least one of them was a juvenile, according to the spokesperson.

Deputies were searching for the other three suspects, who were believed to be armed.

The DCSO spokesperson said no injuries had been reported in the incident.

Anyone who sees anything suspicious or has information on the suspects is asked to call 911.

This story will be updated as more information becomes available.

Deputies are searching for outstanding burglary suspects BELIEVED TO BE ARMED in the area of MacAurthur Ranch Rd/Quebec in @highlands_ranch. 5 suspects total were burglarizing this morning. 2 have been caught, 3 are outstanding. If you see anything suspicious pls dial 911 pic.twitter.com/B5ZCFV944L