Police: Man shot by an off-duty FBI agent at a downtown Denver nightclub 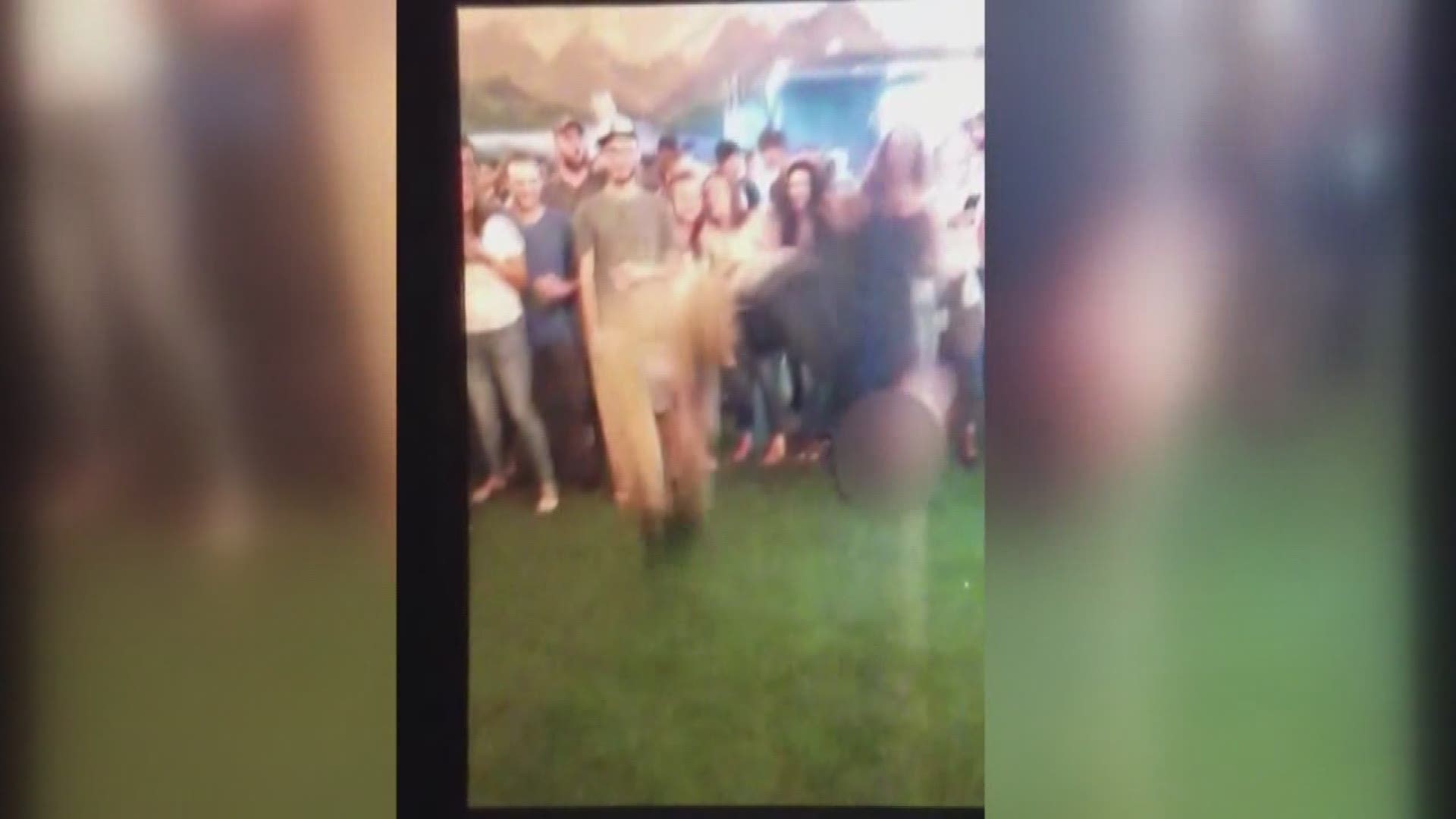 DENVER - An off-duty FBI agent shot a man at a downtown Denver nightclub early Saturday morning after he did a dance routine that involved a backflip, the Denver Police Department said.

The agent goes to pick the gun up when he hits the trigger and fires one round.

A man was hit in the lower leg by the bullet, according to Denver Police. The victim was taken to the hospital and is expected to be OK.

The FBI agent was questioned at Denver Police Headquarters before being released to an FBI supervisor.

Denver police’s homicide unit is handling the investigation, and charges will be determined by the Denver District Attorney’s Office.

In their release, Denver police called what happened an "apparent accidental shooting."

9NEWS legal analysts Scott Robinson and Whitney Traylor agreed potential criminal charges could come into play if the agent was proven to be intoxicated at the time of the accidental shooting. However, Robinson suggested it would difficult to prove the agent consciously ignored a substantial risk that his gun would fire.

“It appears far more likely that the risk was only that the firearm might be dislodged from where he had it in the small of his back,” Robinson said.

9NEWS legal analyst Whitney Traylor pointed out that the agent could be held civilly liable and could potentially be sued by the victim.

“A gunshot like that would not have happened if somebody was not negligent and the fact that the weapon came out and did not discharge without it being an intentional shot suggests that it is negligence,” Traylor said.