Ryan Montoya is accused of being under the influence when he hit and killed champion cyclist Gwen Inglis. 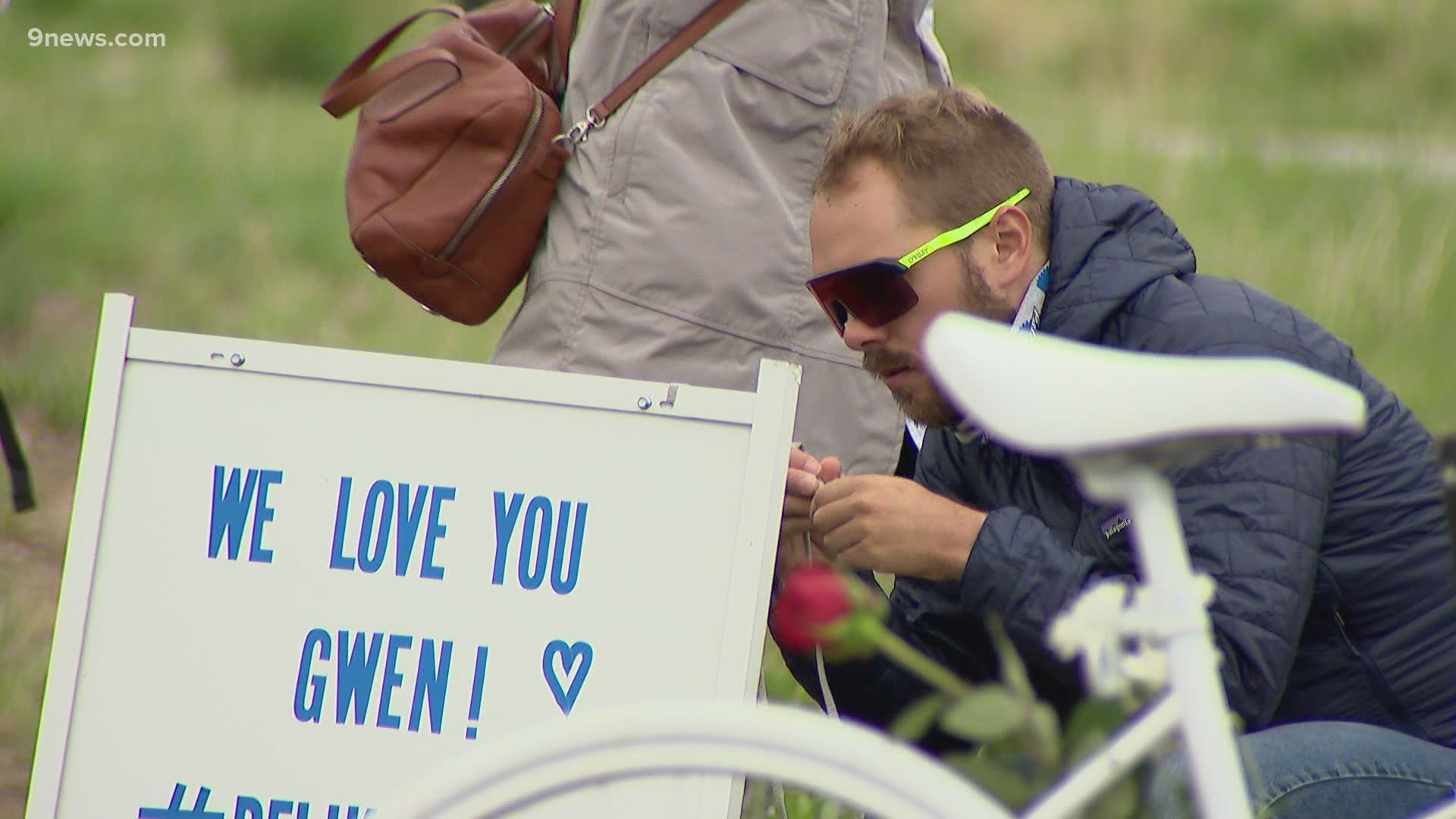 DENVER — The driver accused of hitting and killing a champion cyclist who was riding in a bike lane in Lakewood has been formally charged with multiple counts, including two for vehicular homicide.

Ryan Scott Montoya, 29, appeared in Jefferson County court on Friday. According to a news release from the district attorney’s office, he is charged with:

RELATED: 'Being Gwen is being selfless:' Cyclist killed in crash remembered for her heart

Gwen Inglis, 46, was hit and killed while riding in the bike lane on West Alameda Parkway near South McIntyre Street and South Indiana Street the morning of May 16 when prosecutors said Montoya drifted to the right and hit her.

Inglis and her husband had been riding together just before the crash. The DA’s office said Montoya came close to hitting Inglis’ husband as well.

Montoya stayed on the scene after the crash, and police said he showed signs of impairment.

He had a previous DUI in 2014, according to prosecutors.

Montoya is being held on a $50,000 cash or surety bond, and is due to appear in court for a preliminary hearing on June 15.

Inglis’ family gathered earlier this week at a makeshift memorial that had been set up near the scene of the crash.

"If I could sum up my sister in one word, it would be love," said her brother Keith Erffmeyer. "She loved her racing friends. She loved her co-workers. She just loved all of you immensely."

> Watch the video above to hear friends and family members remember Gwen Inglis.