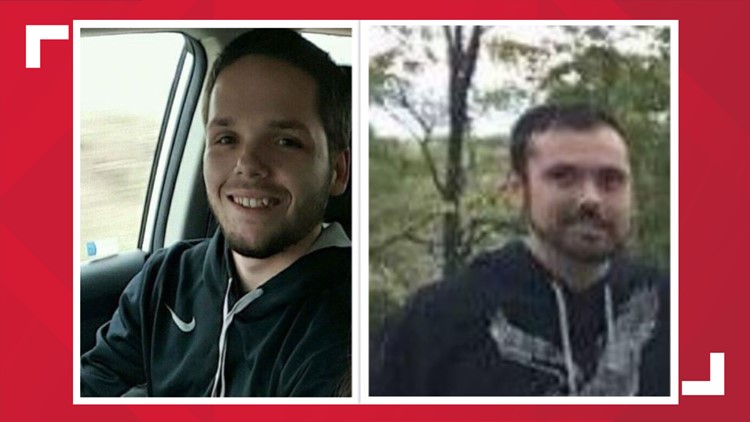 Driver in Lakewood crash that killed 2 convicted on 24 counts

GOLDEN, Colo. — A Jefferson County jury has found a man guilty on 24 counts after a high-speed crash in Lakewood that killed two men last year.

Jacob Bowen, 26., (above, left) and his passenger, 30-year-old Jesse Edmonds (right) were killed in the May 2019 crash. Both were from Kansas and were in Colorado on vacation.

On May 19, 2019, Lakewood police (LPD) were called to a condo complex at 12350 West Nevada Pl and saw a stolen Toyota 4Runner in the lot with the engine running. They then saw Jokay-Szilagji run up and get into the vehicle, according to prosecutors, and they ordered him to stop.

Jokay-Szilagji ignored them and drove off, ramming a police cruiser and injuring an officer before driving through a wooden fence and through a pedestrian area, where he temporarily got stuck in a playground sandbox, according to prosecutors.

Minutes later two LPD agents who were stopped at the light at West Alameda and South Kipling parkways saw the 4Runner Jokay-Szilagji was driving speeding east on Alameda without its headlights on.

Jokay-Szilagji ran the red light and collided with a white Nissan that was traveling south on Kipling, according to prosecutors. The jury was told he had been traveling 105 miles per hour five seconds before the crash.

RELATED: Woman sentenced to 12 years for crash that killed a father of 4

The release said in the days leading up to the crash, Jokay-Szilagji had been on a crime spree that included theft of the 4Runner and use of financial transaction devices inside it, a home burglary where he stole a rifle, multiple wallets, credit cards and a tactical vest, a car trespass and the robbery of a person at a bar in Arvada. The stolen items were found in the vehicle after the crash, as well as 4.5 grams of methamphetamine.

RELATED: 29 years in prison for man who killed woman while driving drunk

The release said Jokay-Szilagji had injected meth prior to the crash, and that he still had the drug in his system 16 hours later.

Jokay-Szilagji faces decades in prison when sentenced on April 2