The driver was also driving west in the eastbound lanes of the roadway, according to Thornton Police. 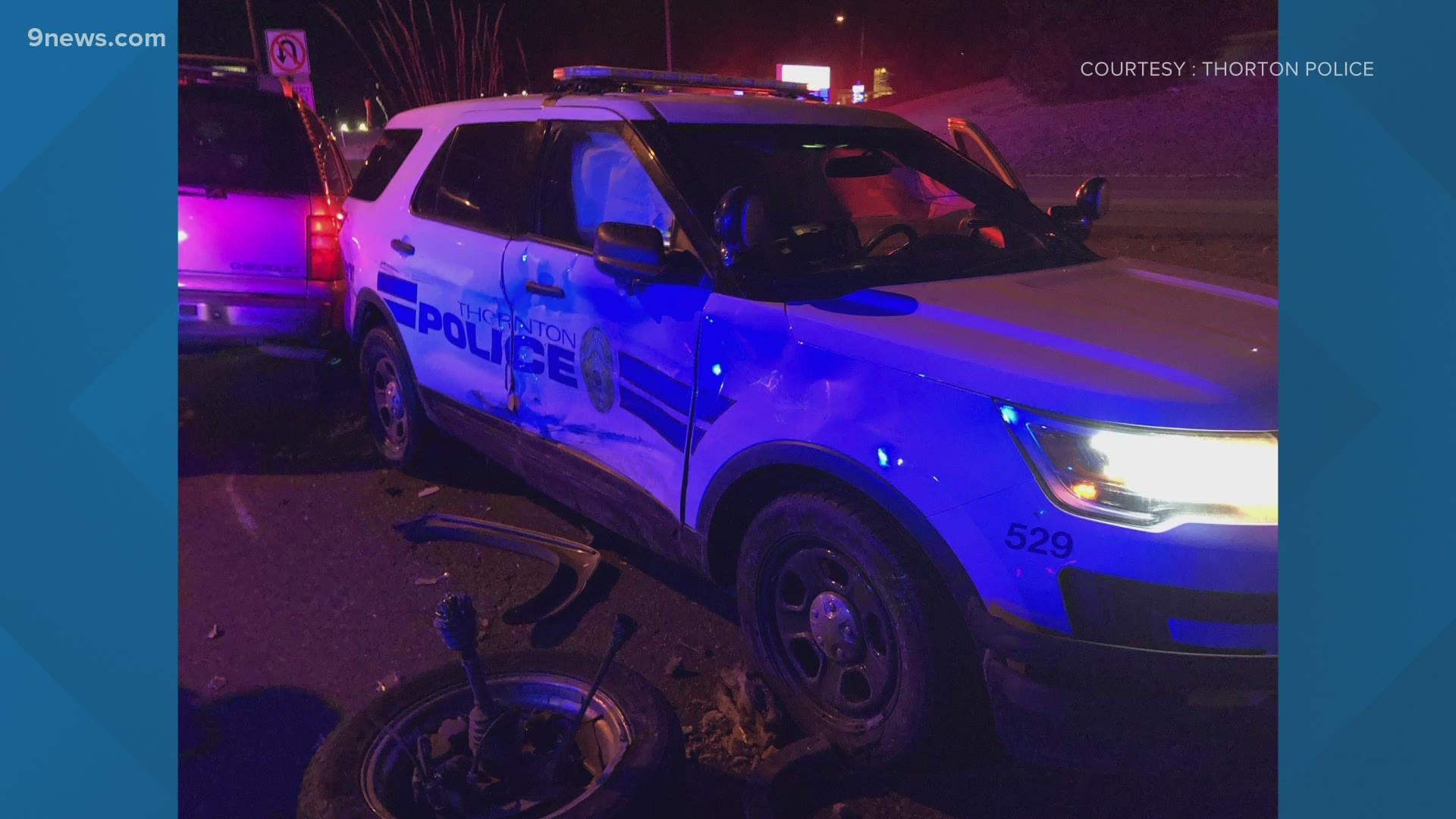 THORNTON, Colo. — An SUV driver who was driving under the influence and traveling in the wrong direction on a Thornton road hit two police cars, according to a tweet from the Thornton Police Department (TPD).

According to police, the SUV driver was traveling west in the eastbound lanes of Thornton Parkway and struck the two cop cars as they were turning eastbound from Civic Center Drive.

A photo shared by TPD showed a large dent in the passenger doors of one of its police vehicles.

RELATED: Woman with 2 prior DUI convictions who was high on meth gets maximum sentence for fatal crash

The SUV driver was taken to the hospital for treatment of injuries. The officers involved in the crash had just minor injuries, TPD said.