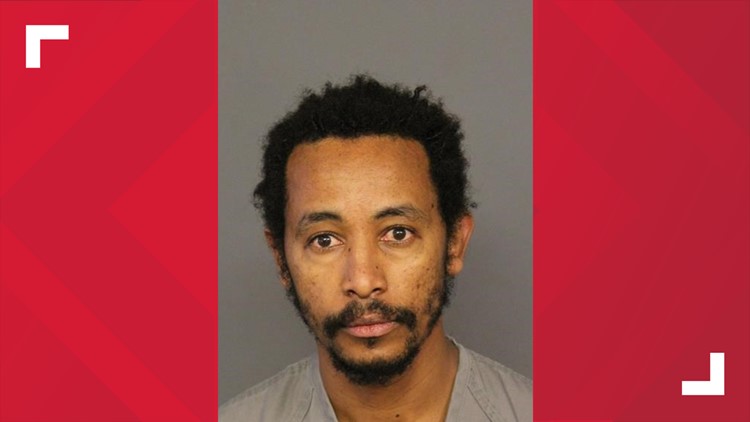 Photo by: Courtesy DPD
Bereket Cholo is accused of first-degree murder in wake of a stabbing inside of an East Colfax Avenue 7-Eleven store.

DPD: Man stabbed to death by one of his employees inside East Colfax 7-Eleven

A man who the Denver Police Department identified as the owner of a 7-Eleven store off East Colfax Avenue was stabbed to death inside the store by one of his employees Wednesday morning.

That’s according to a probable cause statement released by DPD Wednesday afternoon. A suspected identified as Bereket Cholo was taken into custody a few hours after the incident and was later charged with first-degree murder.

The Denver Office of the Medical Examiner identified the victim as 43-year-old Tamerat Abebe.

The stabbing was first reported just after 7:40 a.m., when a witness called police and “stated that someone just got stabbed and said he was bleeding to death” inside the 7-Eleven at East Colfax Avenue and Syracuse Street, according to the probable cause statement.

When police arrived, officers found the victim on the ground and “suffering from very substantial apparent stab wounds to his neck and head,” the probable cause statement says. He succumbed to his injuries shortly after arriving at the hospital.

A witness told police that the victim owned the 7-Eleven and that Cholo was one of his managers. According to the probable cause statement, the witness said Cholo was yelling and screaming at the victim right before the stabbing, claiming that some amount of money had been "taken from me."

Detectives described the scene inside the 7-Eleven as “extremely bloody,” the probable cause statement says. Police said surveillance video shows a suspect holding what appears to be a “very large hunting knife.”

Cholo wasn’t taken into custody until more than an hour after the stabbing when he called Aurora 911 to “report an incident.” The contents of that call were redacted from the probable cause statement, but it does say the dispatcher told Cholo it sounded like a civil matter.

What it also does say is that Aurora officers met Cholo at an address he provided to police, and they later took him to Denver to meet with investigators.

While he was at DPD headquarters, according to the probable cause statement, investigators noticed he had a minor laceration -- apparently caused by a “sharp instrument” -- to his left hand.

Cholo declined to make a statement and said he wanted to talk to a lawyer, police said.

He is currently being held in the Downtown Detention Center without bond.