The incident caused thousands of dollars in damage, but no merchandise was stolen, according to the store. 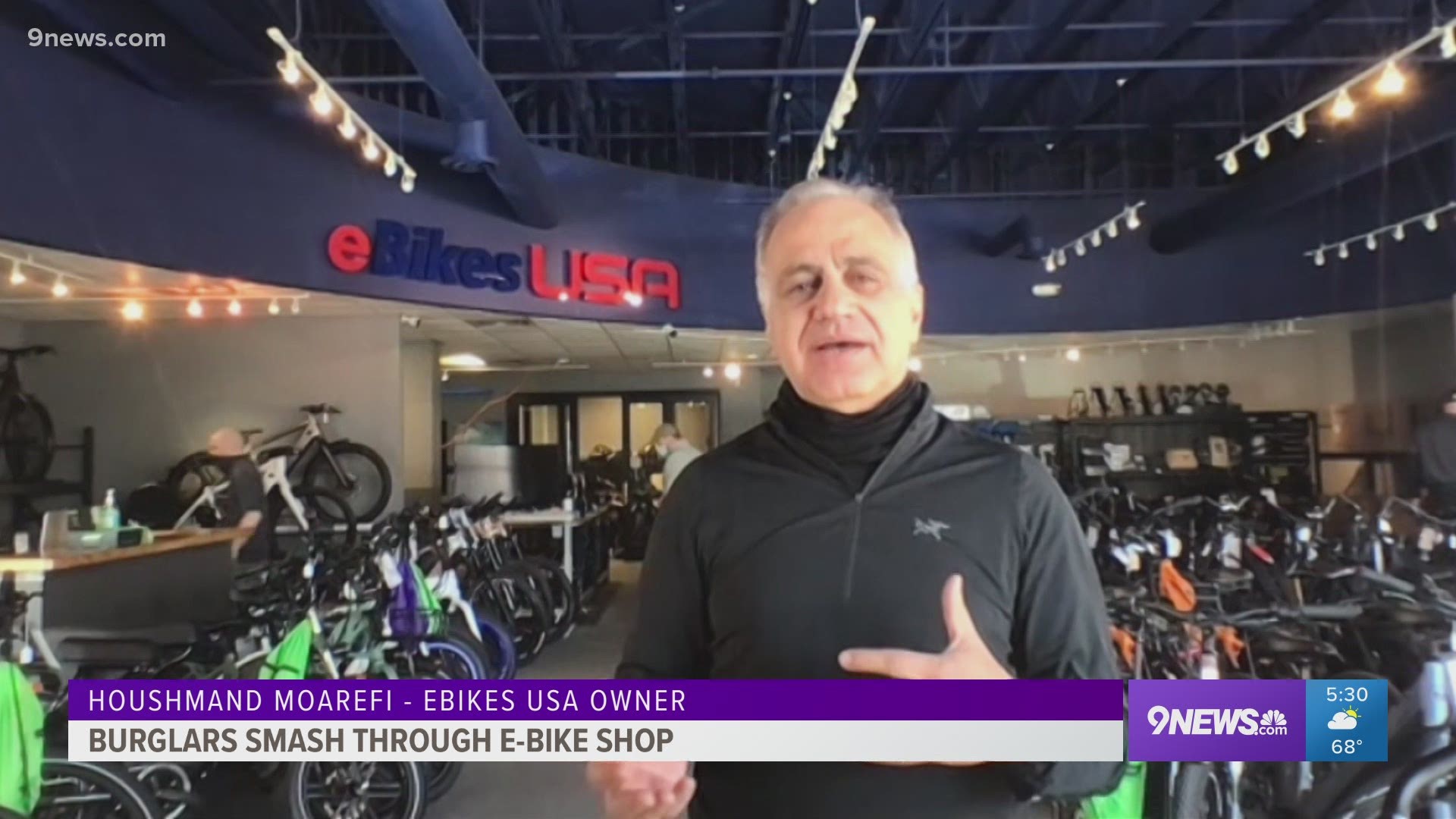 DENVER — Two burglars smashed a U-Haul truck through the front window of the eBikes USA store in Cherry Creek early Thursday in an attempt to steal merchandise but left empty-handed, according to the store.

The incident happened about 4:40 a.m. April 22 at the store located at 201 North University Boulevard, said Michael Paoloni, the store's sales manager. The Denver Police Department (DPD) has a report of a burglary of a business with forced entry at that time and location.

The store's security cameras were able to capture the crime, which the store said caused several thousand dollars in damage.

After the truck smashed through the front window of the store, the security camera footage shows two individuals running into the store.

> Video below: Security footage of the break-in at the Cherry Creek bike shop, courtesy of eBikes USA. 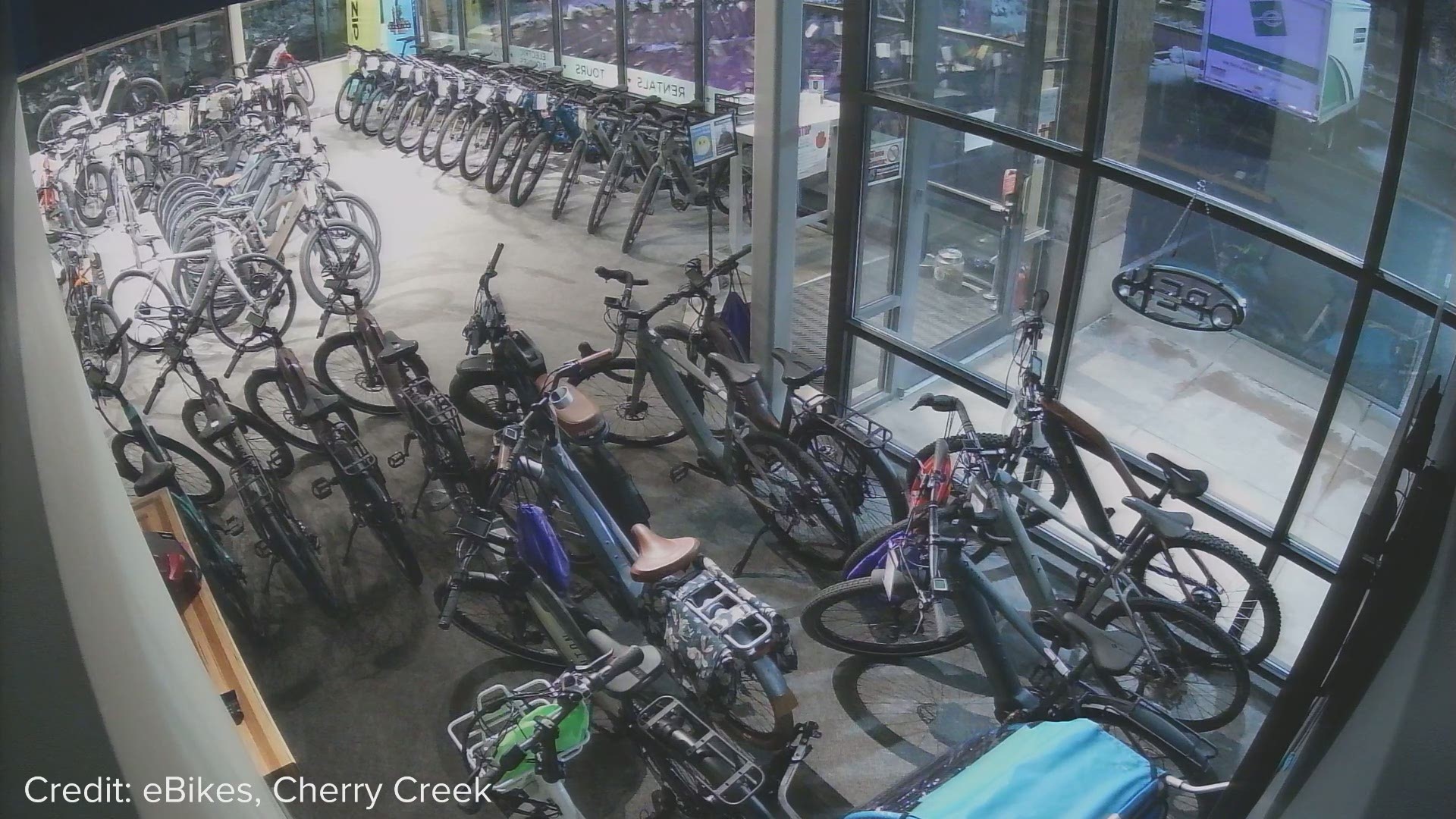 In the footage, one of the individuals runs out of frame, and Paolini said that person was attempting to lift a Sondors Rockstar e-bike off a platform. "He is unaware how heavy the bike is (roughly 85lbs), and the bike falls over," Paoloni said.

The footage shows the other individual trying to clear a path through the store by moving pieces of the broken window. Then both of them then exit the store without having taken any merchandise, get back into the U-Haul and drive away.

A security guard saw the two suspects from a stoplight, Paoloni said, and that was when it appears they left the store.

The bike store was closed on Thursday for cleanup and reopened on Friday.

Anyone with information about the burglary or the two suspects was asked to contact DPD.