Crane used to break into Best Buy in California

Fairfield Police Department issued an advisory that they were dealing with looting around the Solano Town Mall and Gateway Boulevard Area. 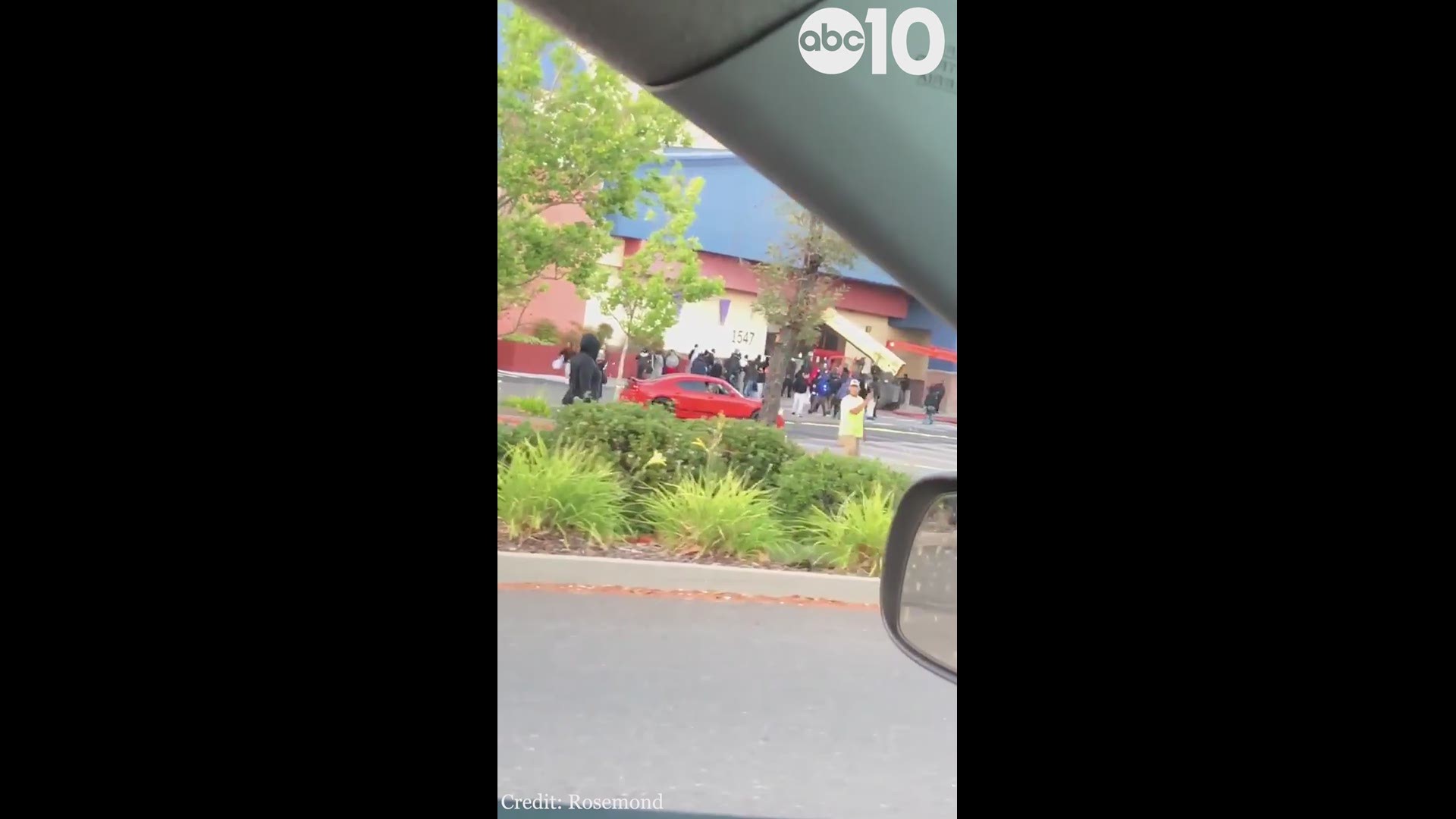 FAIRFIELD, Calif — Video circulating social media shows the moments when a crane was used to break into a Fairfield Best Buy. A Fairfield resident, who requested to only be identified as Rosemond, recorded the video on Monday near the Solano Town Mall.

It shows a crowd of people and two cranes in front of a Best Buy. In the video, one the cranes rams into the front of the store.

Once the damage happens, people are seen running from the area. Some wearing masks and hoods.

"It's crazy. It's almost like a third-world country kind of," said Rosemond.

She had been going around town getting video of looting in the city. The mall was the first place she went to after hearing police sirens heading toward the mall.

"At first there was maybe only six groups of people and then all of sudden there was hundreds of them just everywhere," Rosemond said.

Despite seeing the action go down, at least one thing remains a mystery. She's not sure where the cranes near the mall came from.

Rosemond says police were already around the mall, and when the break in happened, police responded quickly.

Fairfield police sent out an alert on Monday night saying that authorities were dealing with looting around the Solano Town Mall and Gateway Boulevard.

"It's just crazy to see all this stuff going on right now in the city," Rosemond said.

►Stay In the Know! Sign up now for the Daily Blend Newsletter