A woman was shot in the head by her neighbor who had a domestic violence incident with his girlfriend next door. The woman is in an induced coma. 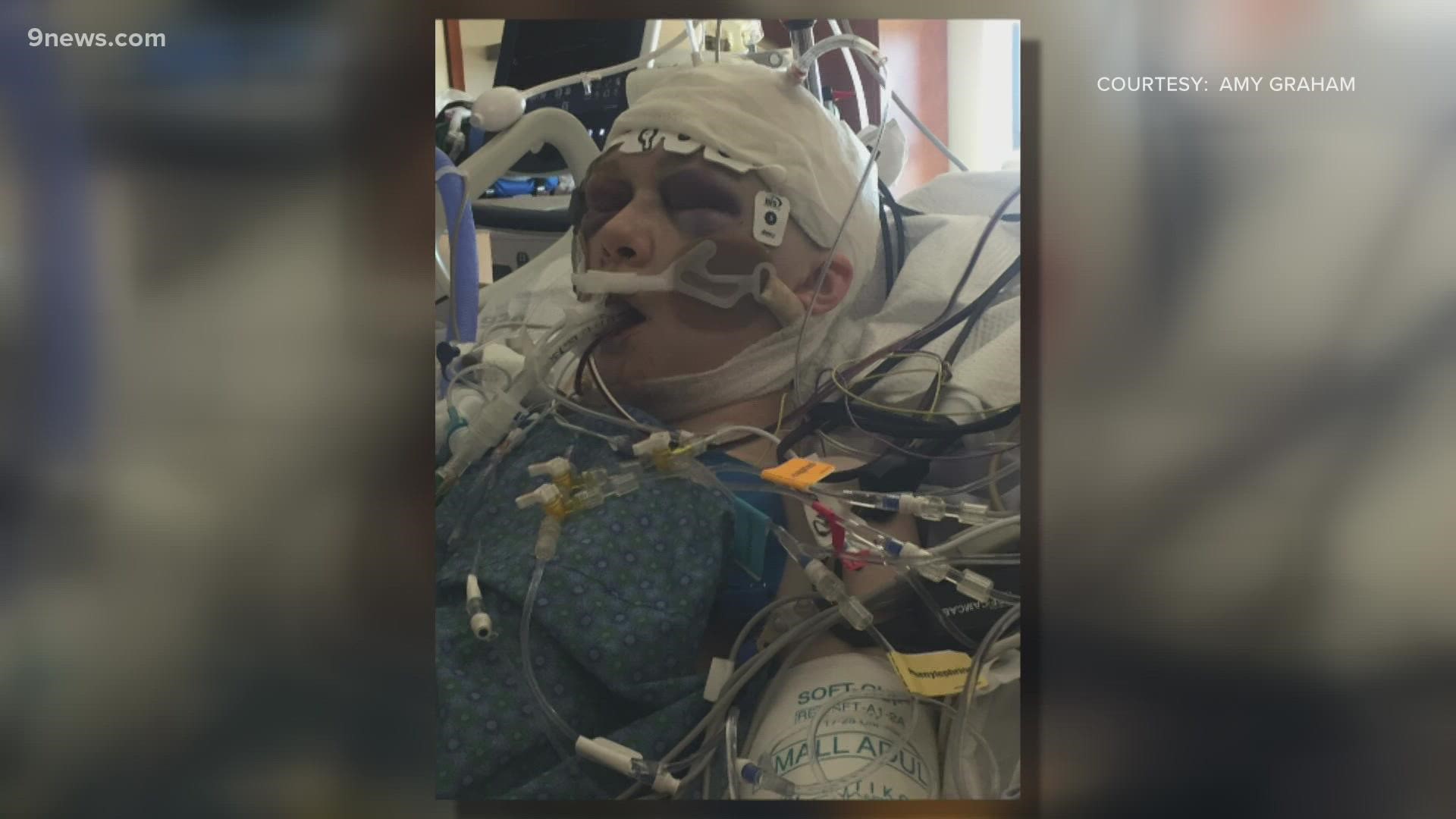 ARAPAHOE COUNTY, Colo. — It's not something you'd expect to happen while standing in the kitchen.

“Nick was close by on the couch watching TV and he heard a loud bang," Graham said. "Before he could say Sally, what was that bang? She dropped. He rushed over couldn't quite understand."

Sally lied on the kitchen floor with a gunshot to her head. Her boyfriend tried to stop the bleeding by placing a towel around her head as she laid in a pool of blood. He called paramedics who arrived in less than 10 minutes to rush her to Littleton Adventist Hospital.

Amy got the call from the Arapahoe County Sheriff’s Office as she was heading to work. She dropped everything to get on the plane and rush to her daughter’s aid.

"I started screaming no, not my baby. I threw my bike, my backpack I threw it and I fell to the ground," Graham said. "I was in shock. As anyone – you don't want to ever get that call. You don't want to get a call about a car crash never mind this."

"We all share walls now so it's something to think about with gun violence. You hear arguing a domestic fight a couple of doors down in the hallway what are we going to think now,” Graham said.

The arrest affidavit shows Mclean was fighting with his girlfriend when the gun he was carrying “accidentally went off.” His girlfriend told deputies they were hitting each other, then the gun went off as Mclean pointed it at her.

“It’s domestic violence awareness month we're sick and tired of this kind of this violence. It can't happen anymore. It's taking my baby away,” Graham said.

NEXT AT 4: A Centennial woman is in the ICU after being shot in the head. The bullet came through the wall of her apartment during an argument between the couple next door. Her neighbor was arrested.

Doctors are working to take Sally off the ventilator with hopes she can survive on her own.

>> People can donate to her GoFundMe page here, set up by her sister, Emma Strelecki

“I don't want her to leave this earth. I don't. I want a miracle to happen. I really do. And all of you out there please, please keep her in your thoughts and prayers. And however, you believe put that good juju out there and pleas help my baby, please,” Graham said.

Formal charges were filed against Mclean Friday morning, they include the following felonies:

McLean is being held in the Arapahoe County Detention Center on a $50,000 bond.

If you or anyone you know needs help you can call the National Domestic Violence Hotline 1(800) 799-SAFE (7233). There are also many resources in Denver for those experiencing domestic violence.