Isabella was with her family getting food at a strip mall in Denver when she was struck by bullet while sitting in her car seat. 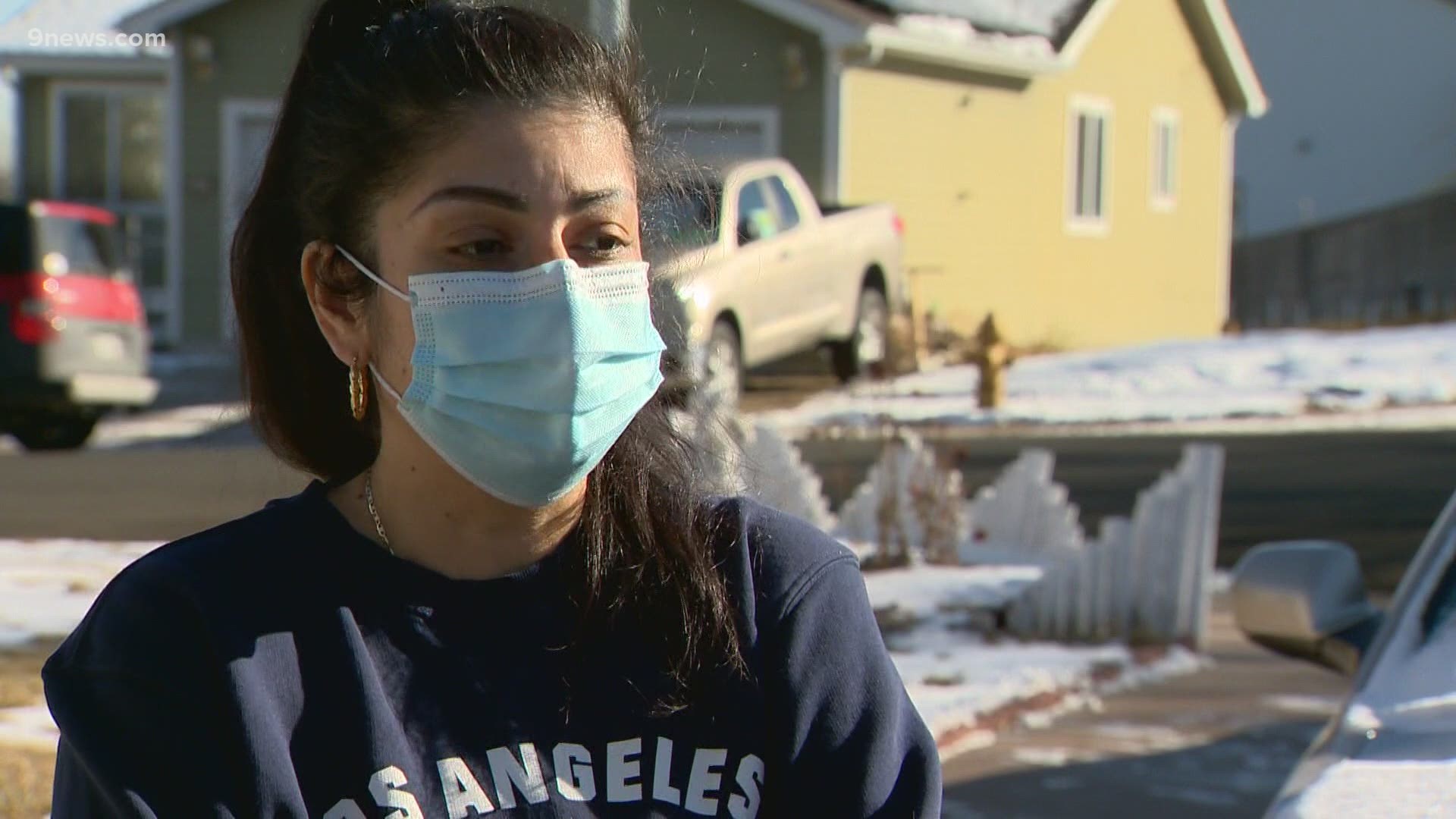 DENVER — Inside the Denver Health Medical Center is a 3-year-old girl named Isabella who is fighting to survive, according to her Aunt Consuelo.

On Monday, Isabella was with her family stopping to get food at a strip mall along south Federal Boulevard when Denver Police (DPD) said she was shot in the head.

Consuelo and her family asked 9NEWS not to use their last name because the shooter has not been caught.

"Yesterday was her birthday, her third birthday," Consuelo said. "When the incident happened, my brother was shopping for her outfit and everything that she was asking for that she had wanted for her birthday."

That night, surveillance video from a neighboring store shows Consuelo's brother pulling their minivan into a parking spot in front of a Little Caesar's Pizza. Within 25 seconds, a bullet went through the side window, hitting Isabella in her car seat with her 6-year-old sister right next to her. Their mother was riding in the van as well.

DPD said it responded to 2969 S. Federal Blvd. — which is near West Bates Avenue and is not far from the former Colorado Heights University campus — around 4:30 p.m. Monday for a report of shots fired.

Police said the adult victim spotted a vehicle parked in a handicapped parking spot with its tire up on a curb and began taking pictures. As he was taking those pictures, the man driving the car came out of a business and began firing a gun toward the man, DPD said. The man was struck and wounded but has since been released from the hospital, police said. It's unclear if the suspect and victim had any prior interactions.

Consuelo said the older sister was worried Isabella was going to die after she was struck by gunfire during the incident.

"For a little 6-year-old to say that and know everything that they've been through, all I'm asking for is help," Consuelo said.

She said she wants help finding the shooter, who DPD described as a Hispanic man in his 20s who is associated with a red Subaru Outback. He was wearing red flannel pajamas, a black hoodie and glasses. The vehicle is an Outback made between 2000 and 2004 and has its rear plate obscured by a paper sign.

"From hearing that the day of, she was no longer going to be with us, to us, this is a miracle that she's still fighting," Consuelo said.

Consuelo said Isabella is still in critical condition, but is showing some signs of improvement. Instead of fighting to survive, Consuelo said she wishes Isabella was celebrating her birthday with family.

"She's a warrior. She's strong. She's stubborn, Consuelo said. "She's going to get through this."

Family members have a set up a GoFundMe page to help pay for medical costs.