CSP said the two men killed were in a stolen car. 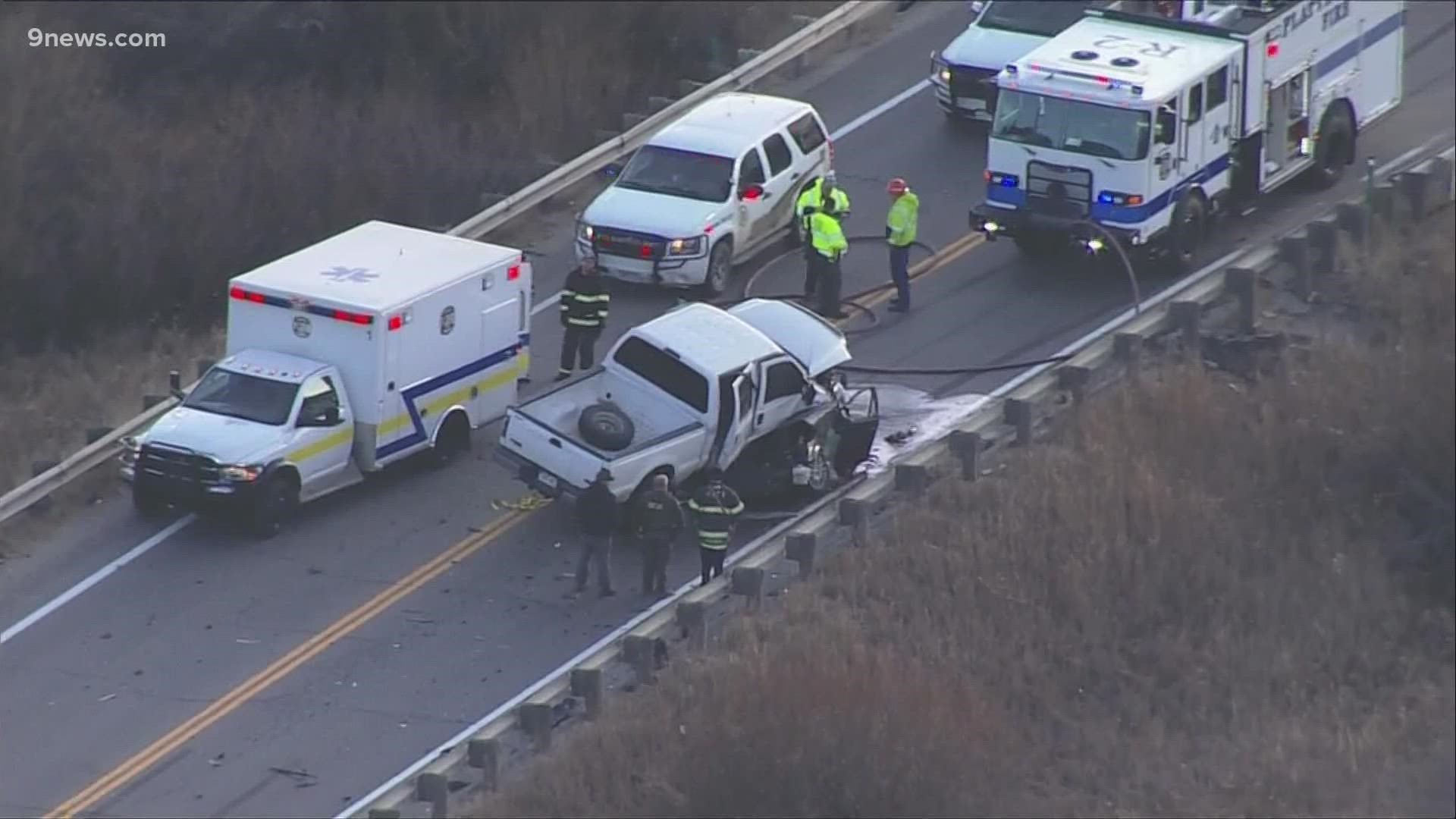 PARK COUNTY, Colo. — Two men are confirmed dead after a crash involving a stolen car in Park County, according to the Colorado State Patrol (CSP).

CSP said they started getting reports of someone driving recklessly on Highway 285 just before 3 p.m. on Thursday, Nov. 18, and they sent troopers out to look for the car.

CSP learned about 10 minutes later that the car, which was stolen, had been involved in a head-on crash east of Bailey.

The two people in the stolen car were killed, CSP said. The Park County coroner's office identified the men as 31-year-old Aaron Burns, who was from Washington state, and 49-year-old Kevin Cannon from Oregon.

Two people in the other vehicle involved were taken to the hospital, but it's not clear how seriously they were hurt.

CSP said it's not known whether drugs or alcohol were involved in the crash.