Leland Pankey has been charged with first-degree murder following the death of his 7-year-old son, Caden McWilliams. His wife has also been charged. 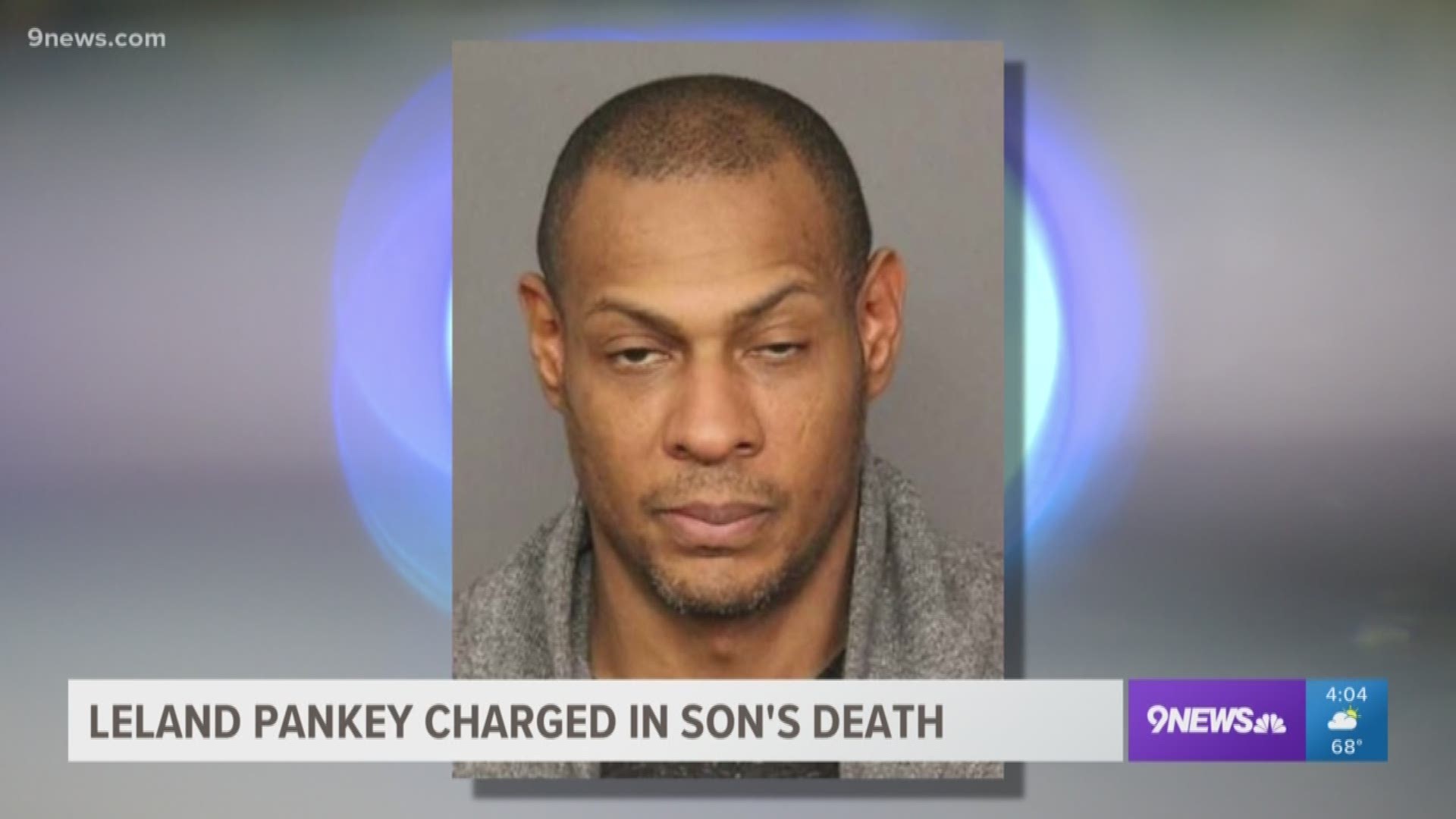 DENVER — The father of a 7-year-old boy who was found encased in concrete in a Denver storage unit late last year has been charged with first-degree murder, according to a news release distributed Thursday by the Denver District Attorney’s Office.

The child’s mother, Elisha Pankey, was charged with child abuse resulting in death and abuse of a corpse two weeks after police found the body of her son, Caden McWilliams, on Dec. 23, 2018.

The boy’s father, Leland Pankey, has been in custody at the Downtown Detention Center since December 2018. He was arrested after Elisha Pankey accused him of assaulting her – an allegation that started the chain of events that led to the discovery of their son’s body.

According to the arrest affidavit in the case, officers who spoke to Elisha Pankey became concerned when they couldn’t find McWilliams and went to his daycare. An employee there subsequently said the child was “lost” and that his sister claimed her brother had “died.”

An ensuing investigation revealed the boy had been unenrolled from Denver Public Schools in August 2018 and was last seen in class on May 24 that year.

Elisha Pankey claimed she hadn’t seen either of her children since Nov. 27, when she claimed her husband had taken them away from her. According to the affidavit, Elisha Pankey had asked victim’s care advocates to pick up some medications from her nightstand, and that’s when they found heroin inside.

According to the arrest affidavit for Leland Pankey, his wife told police that in May 2018, the family moved into a hotel and that she worked full-time. Leland Pankey was supposed to take care of the children, and according to the affidavit, Elisha Pankey said she knew her husband was abusing McWilliams and not feeding him.

The affidavit says on July 11, 2018 -- about three days before McWilliams' death -- Elisha Pankey saw Leland Pankey holding their son against a wall and later taking him into the bathroom, where she could hear a "ruckus."

The affidavit says Leland Pankey told his wife they "can't save both children" and they could take McWilliams to the mountains to bury him.

According to the affidavit, Elisha Pankey told police that the day of their son's death, they bought concrete, trash bags, and water, and drove him to their storage unit at 5005 E. Evans Ave. Here, the affidavit says, she admitted to pouring concrete into the kennel and leaving their son there.

RELATED: Mom of boy who was found encased in concrete inside Denver storage unit appears in court

His younger sister is currently in protective custody and “adjusting well,” according to the news release.

A hearing in the case is slated for June 27.