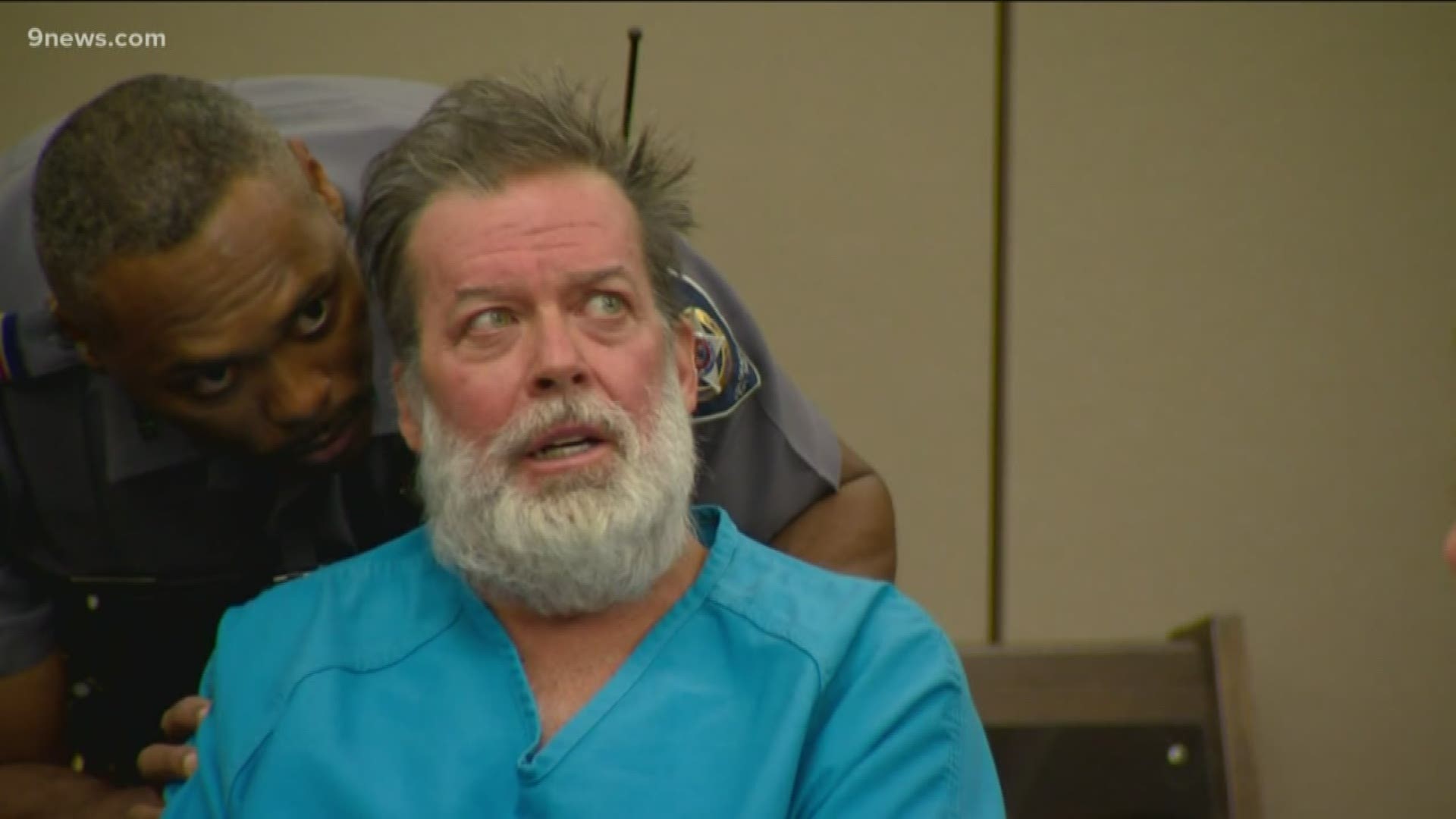 COLORADO SPRINGS, Colo. — Federal prosecutors said in a court filing Wednesday that they will not seek the death penalty in the case of admitted Planned Parenthood shooter Robert Dear Jr.

Dear has admitted to a shooting that happened at a Colorado Springs Planned Parenthood that took place in 2015, killing three people.

The court has not found Dear to be competent to stand trial.

The U.S. Attorney’s office said Dear is accused of using an arsenal of weapons to shoot at people in and around the clinic and at responding officers. He was found with rifles, handguns, a shotgun, hundreds of rounds of ammunition and propane tanks.

Dear faces 65 counts of violating the Freedom of Access to Clinic Entrances Act and three counts of allegedly using a gun during a murder.

Dear is charged with 179 counts at the state level, including murder and attempted murder, but has yet to stand trial because he's been repeatedly ruled mentally incompetent. A police officer and two civilians were killed; five police officers and four civilians were injured.

He was initially found mentally unfit for trial in May 2016, when a judge determined he was too delusional to understand the charges against him or to assist in his defense.

Colorado law allows Dear to be held indefinitely on suspicion of first-degree murder while undergoing treatment.