In the middle of a national crisis surrounding painkillers, one Colorado doctor accepted what the feds say were bribes to prescribe Subsys over and over again. 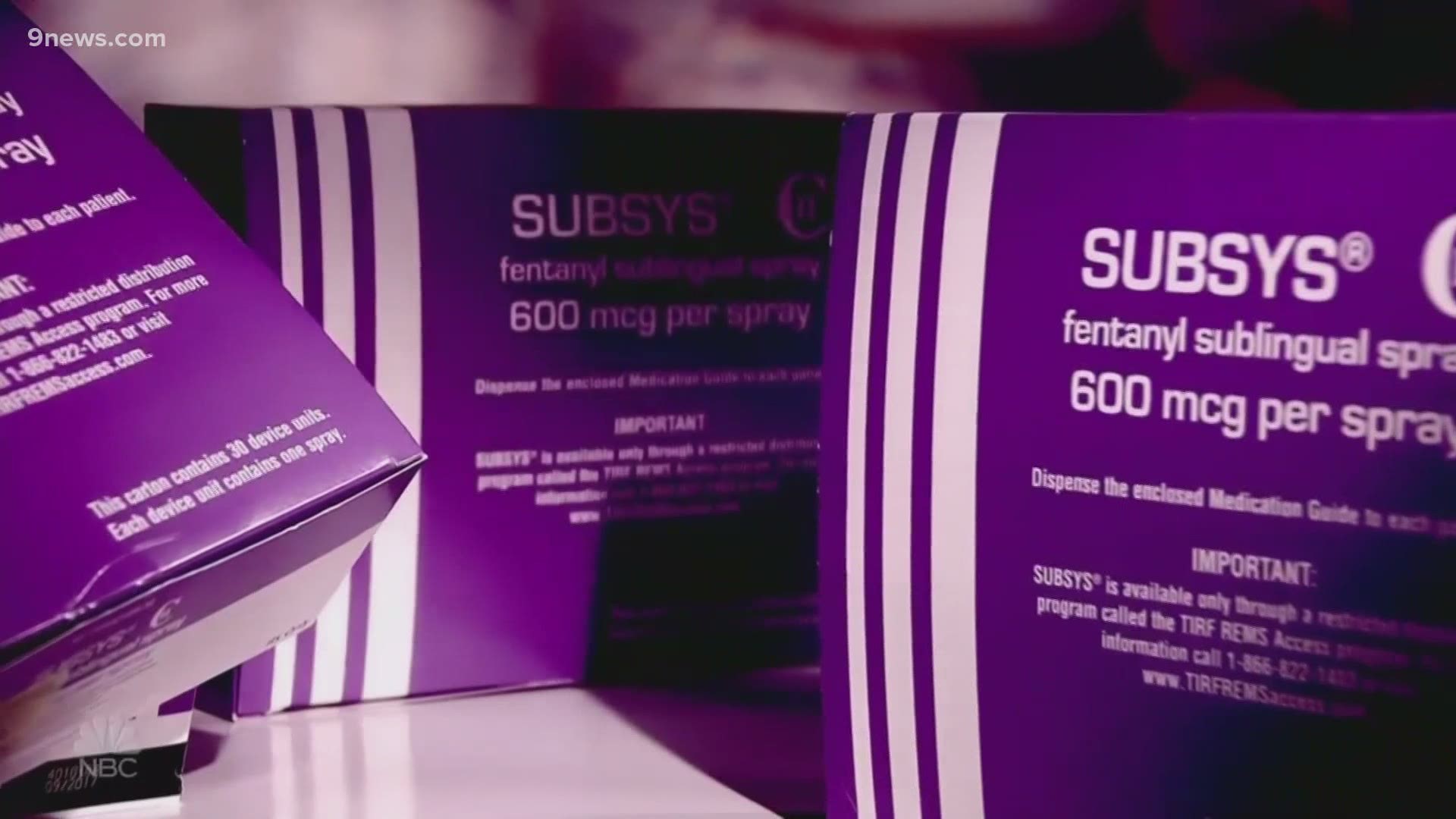 DENVER — A Colorado doctor faces years in prison for, as alleged in a federal indictment, accepting more than $300,000 in kickbacks for prescribing a powerful and addictive fentanyl spray as part of his Denver-area pain management practice.

The indictment, reviewed by 9Wants to Know, charges Dr. Jeffrey Kesten with 64 criminal counts related to a multi-year effort by Kesten to accept “kickbacks and bribes” from Insys Therapuetics.

The payments from Insys to Kesten took place between September 2013 and December 2015. Federal prosecutors allege Kesten accepted more and more money from Insys as he ramped up writing more and more prescriptions for the drug Subsys. The Food and Drug Administration approved the use of Subsys in 2012 “for the management of breakthrough pain in adult cancer patients.”

Insys’ efforts to pay doctors to write more prescriptions for Subsys are now well documented. In January, a judge sentenced Insys’ founder John Kapoor to 66 months in prison for his role in the scheme.

Credit: AP
Insys Therapeutics founder John Kapoor, right, departs federal court Thursday, Jan. 23, 2020, in Boston, after he was sentenced to 5 1/2 years in prison for orchestrating a bribery and kickback scheme prosecutors said helped fuel the opioid crisis. He was found guilty the previous May of racketeering and conspiracy in a scheme where millions of dollars in bribes were paid to doctors across the United States to prescribe the company's highly addictive oral fentanyl spray, known as Subsys. (AP Photo/Charles Krupa)

According to the U.S. Department of Justice, “Kapoor hired, or authorized the hiring of, several top executives who became co-conspirators in the criminal scheme to bribe practitioners, many of whom operated pain clinics, to prescribe Subsys to patients, often when medically unnecessary.”

That scheme involved Insys setting up “speaker programs” for physicians around the country to try to raise brand awareness of the fentanyl spray. Yet, far from promoting the drug, oftentimes Insys would pay doctors a few thousand dollars for speaking in front of virtually no one.

In Colorado, according to the indictment, Kesten “was paid to be the ‘speaker’ for 17 programs at which the only attendees were his own staff.”

Despite the charges, as of Thursday, Kesten still has a valid medical license in the state of Colorado, and, according to his own website, had shifted away from Subsys and toward the use of ketamine for pain management.

Kesten responded to the charges in a statement Thursday night:

"I am innocent of these charges and I cannot comment any further due to pending litigation, but I would like to comment further at a later time as I am able to do so."

His case is currently set to go to trial in November.

The cost of Kesten’s prescriptions to the state’s Medicaid program and the federal Medicare program ran well into the millions, according to the indictment

In 2017, Colorado’s Center for Improving Value in Health Care (CIVHC) determined 78% of all prescriptions for Subsys in the state were going to patients who did not have a cancer diagnosis.