At least four fires were set in the store, but they burned out quickly, according to Englewood police. 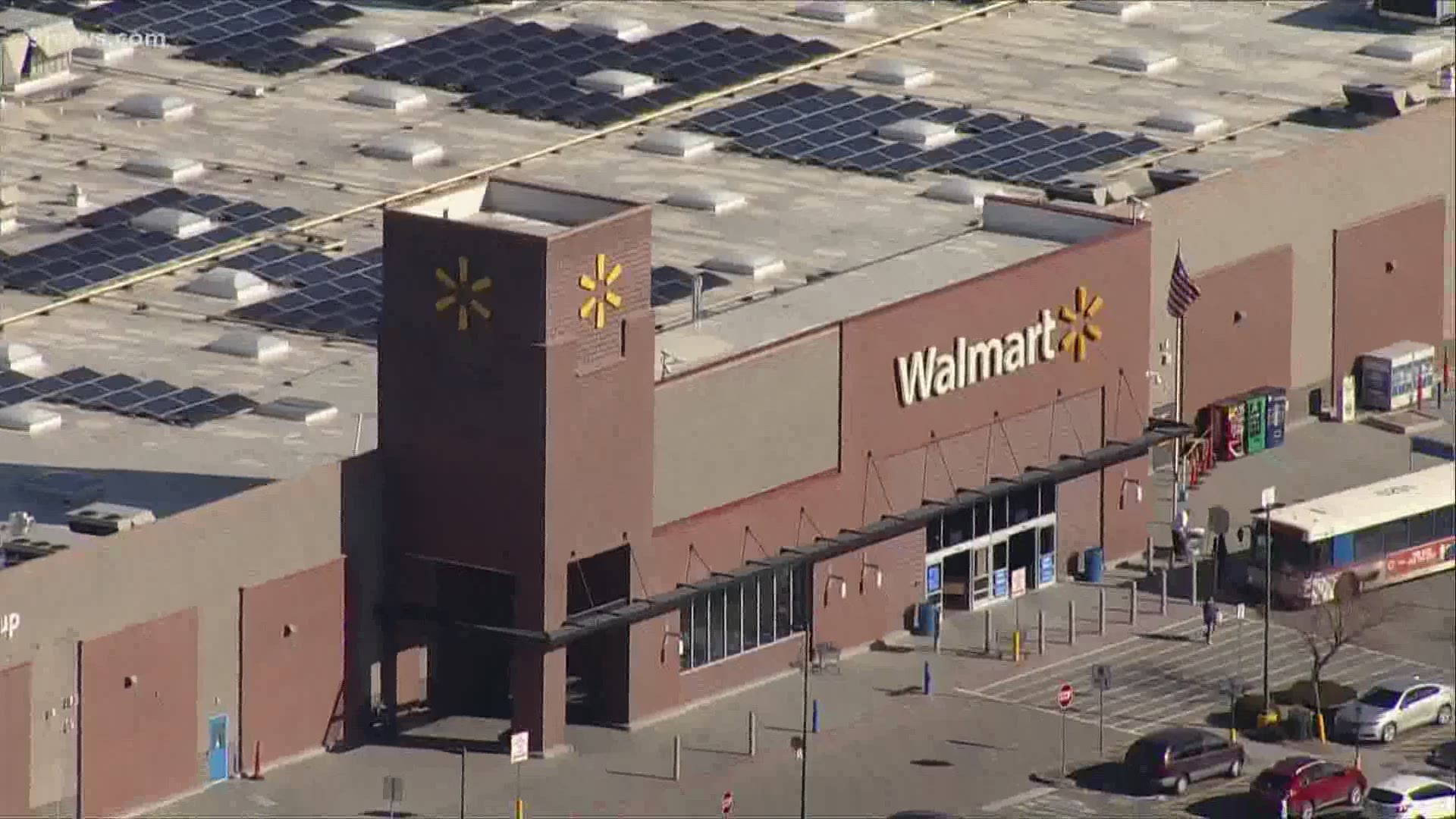 ENGLEWOOD, Colo. — A man faces arson charges after police said he poured camping fuel in several aisles of an Englewood Walmart store and then set fires, according to the Englewood Police Department (EPD).

Darius Harper, 43, is being held on charges of fourth-degree arson, resisting arrest and criminal mischief.

According to an affidavit for Harper's arrest from EPD, Harper was seen on store security cameras taking a can of camp fuel off a shelf. He opened the lid and "proceeded to walk up and down a minimum of five aisles pouring liquid on the ground," the affidavit says. He walked back down those aisles and "lit them," according to the affidavit.

One fire began to burn up a shelf that had two fire starter logs on it, the affidavit says. The logs did not belong on that shelf, but it's unclear if Harper placed the logs there, according to the document.

His actions resulted in four fires, EPD said. He left the store through a nearby exit after starting the fires, according to police.

There were about 135 customers and 40 employees in the store at the time of the fires. They burned out after a short period of time but caused damage to the tile floors, shelves and merchandise. No customers or staff were injured.

Shortly after the fires were set, a man matching the suspect's description was spotted near South Santa Fe Drive and West Dartmouth Avenue throwing rocks at vehicles, according to the arrest affidavit.

Officers located Harper several blocks away on a bike path in that area. They approached Harper and he yelled that they needed to "call the sheriff in Texas," the affidavit says.

The officer explained they weren't going to call the sheriff and tried to talk to Harper, but he "just continued to yell," according to the affidavit, and eventually turned and began to run away.

After refusing multiple commands to stop, according to the affidavit, one officer deployed a taser, which struck Harper. He fell to the ground and was taken into custody, the affidavit says.

Harper was also wanted on an active felony warrant from the Department of Corrections (DOC). A DOC spokesperson said Harper was not in compliance with his parole requirements.