Police seize fireworks from a home in southwest Denver 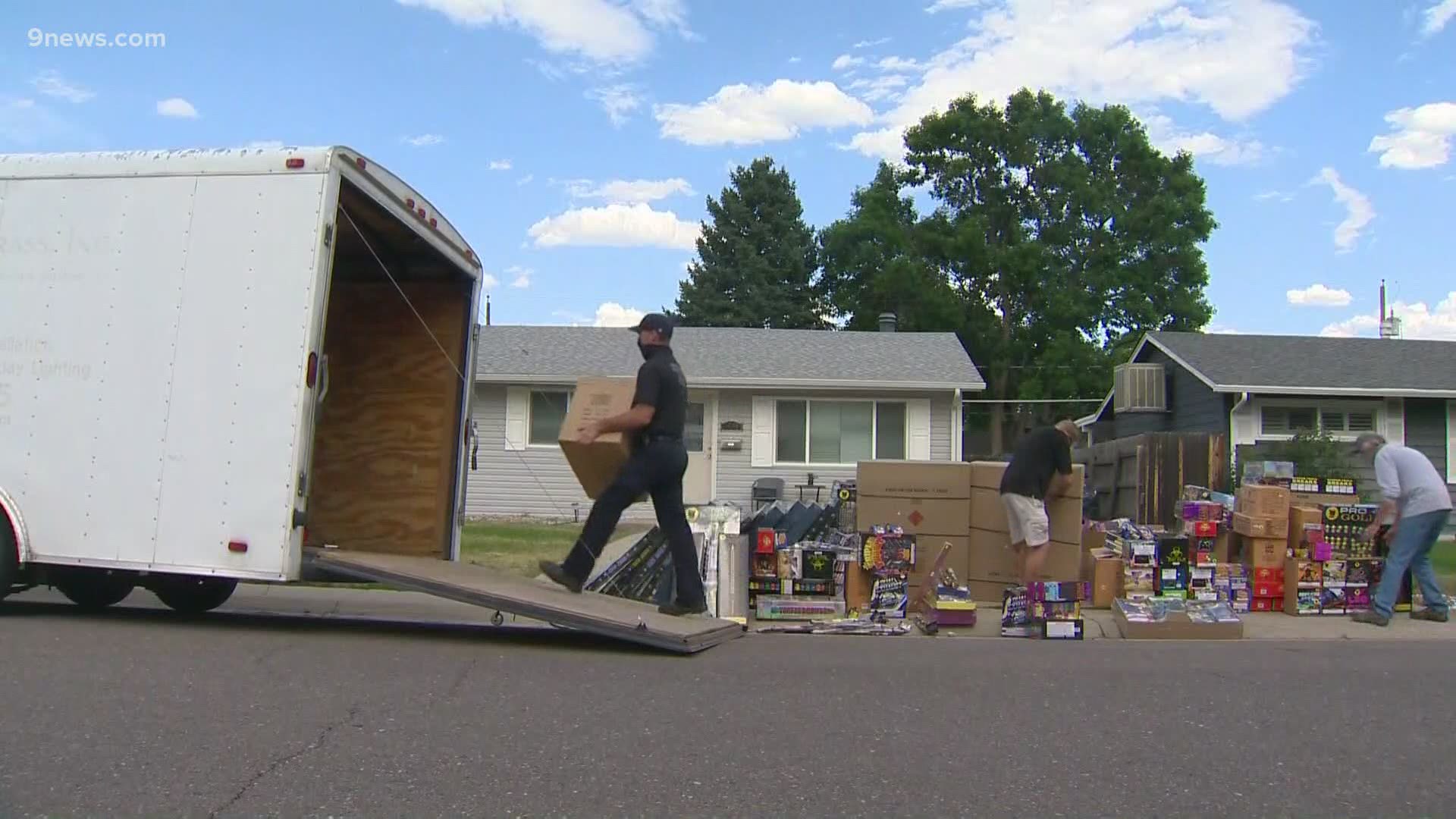 DENVER — The Denver Police Department (DPD) on Wednesday seized a "large cache" of fireworks and "some guns" from a home in the 1600 block of South Wolcott Court, according to DPD spokesperson Sonny Jackson.

The home is near South Sheridan Boulevard and West Florida Avenue, in the Mar Lee neighborhood on the southwestern side of Denver.

Jackson said officers obtained a search warrant and served it, and that if the fireworks had gone off, they would have caused significant damage to the home and the areas around it.

The bust comes days after DPD said there was a large surge in fireworks-related complaints over the weekend, with police receiving 317 calls about fireworks on Sunday night alone.

On Monday, DPD seized an estimated 2,000 to 3,000 pounds of illegal fireworks that were discovered during a traffic stop. Police said they had previously been investigating an illegal fireworks distributor who had been operating out of a large box truck and his residence in southwest Denver.

DPD on Wednesday hosted a news conference to discuss the dangers of shooting off illegal fireworks and announce steep fines for anyone caught doing it. During the news conference, officials said they've received more than 750 complaints in recent days, compared to 69 calls over the same period last year.

Many fireworks shows across Colorado have been canceled due to concerns over crowds gathering and the impact that might have on spreading COVID-19.

RELATED: List: 44 firework shows (and 72 canceled ones) across Colorado