Tim Lohmar, who served as a special prosecutor in the case, said the officers were cleared of wrongdoing and would not be charged 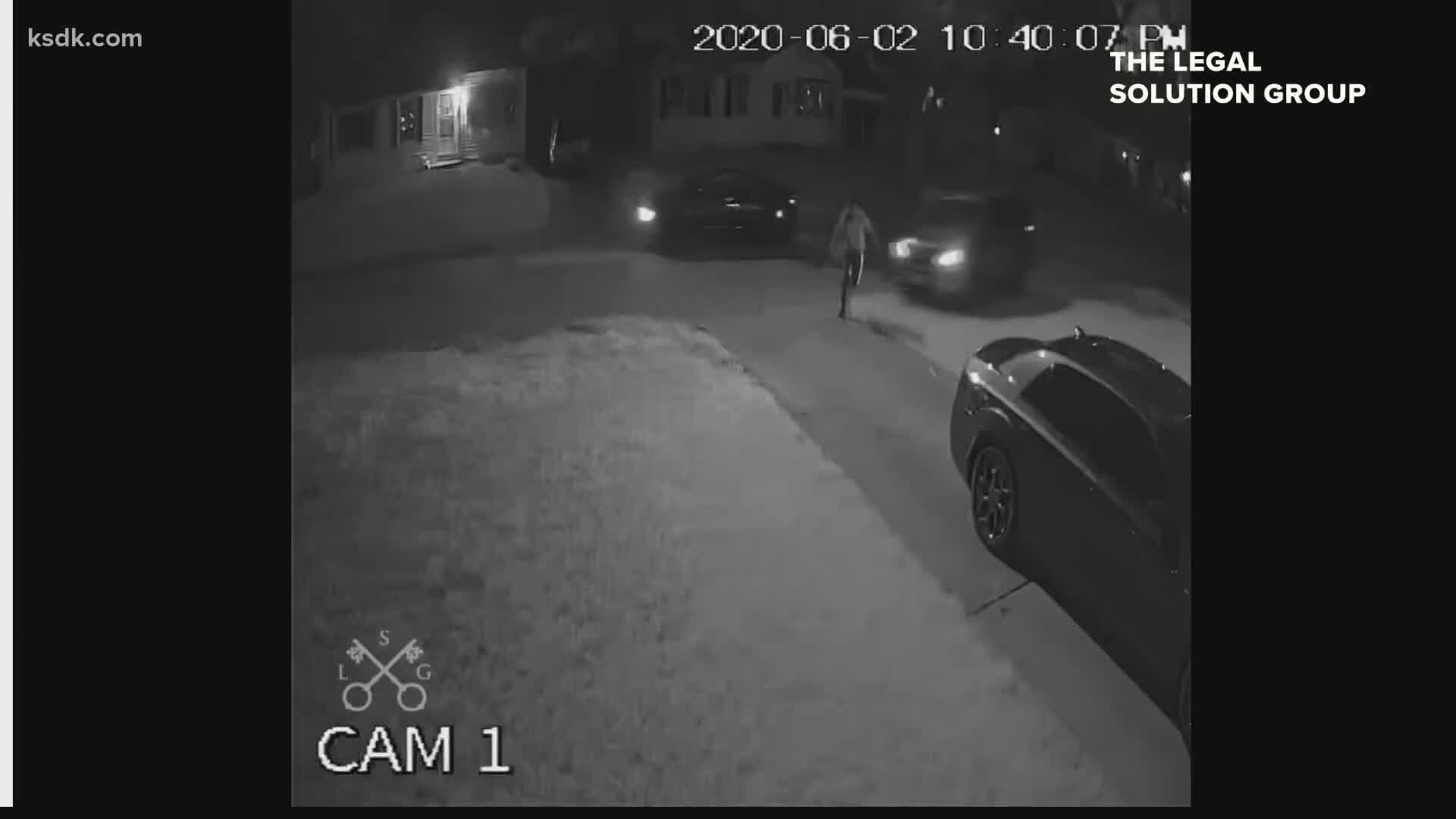 FLORISSANT, Mo. — The other two Florissant police officers present when an officer hit a man with his police SUV will not face charges, the special prosecutor said Wednesday.

St. Charles County Prosecuting Attorney Tim Lohmar said the other officers were cleared of wrongdoing in the investigation and would not be charged. Last week, Lohmar announced charges against Joshua Smith, the officer seen in surveillance video hitting a man with an unmarked police car before getting out of the car to kick and hit the man.

Two other officers were riding in Smith’s SUV on the night in question — one of whom is the son of Tim Swope, St. Louis County Prosecutor Wesley Bell’s spokesman. Bell recused himself from the case and asked Lohmar to serve as the special prosecutor to avoid any conflict of interest.

A press release from the Florissant Police Department said the officers were placed on administrative leave during the investigation and will return immediately.

"Moving forward, I want to assure the residents of Florissant and communities all around the country that I have heard and listened to your concerns for justice in this case," Florissant Police Chief Timothy Fagan said in the press release.

Protests outside the Florissant Police Department have continued in the days after the announcement of charges, with protesters calling for the other officers seen in the video to face charges.

Lohmar announced Wednesday they would not be charged in a one-sentence news release.

"The office of Prosecuting Attorney Tim Lohmar announces that the two additional police officers involved in the Joshua Smith investigation have been cleared of any wrongdoing, and no criminal charges will be filed against them arising out of this matter," it read.

The latest announcement comes about three weeks after a doorbell camera captured the officer, Smith, a 31-year-old from Ferguson, driving his unmarked Florissant police SUV into a man in a Dellwood neighborhood on June 2.

"The moment he turned his headlights toward the individual, it became a 4,000-pound missile," Lohmar said during a news conference announcing charges against Smith last week.

Smith, a nine-year veteran of the force, wrote in his report that the black Dodge Charger the victim was riding in was “consistent with” the make and model of a car that was involved in a shots-fired incident near the Ferguson police department May 30.

Credit: UPI
St. Charles (Missouri) County Prosecutor Tim Lohmar announces charges against former Florissant, Missouri police officer Joshua Smith, on Wednesday, June 17, 2020. Smith has been charged with first-degree assault, armed criminal action and fourth-degree assault after a residential surveillance camera captured him strike a man with his police SUV on June 2, 2020. The victim was struck by Smith after getting out of a car that was suspect in a shots fired call. Photo by St. Louis County Justice Center/UPI

He also wrote that the vehicle had illegally tinted windows, a headlight that was out and no front license plate, according to court documents.

Smith also wrote that the car failed to signal while changing lanes and that “an investigatory stop was attempted on the vehicle in which the occupants of the vehicle fled,” according to the documents.

The victim, who is referred to only by his initials in court documents, ran from the car, across Eastdell Drive, onto a driveway, according to court documents.

During the news conference, Lohmar said Smith wrote in his report that the victim "darted in front of his car, and, in an effort to avoid hitting him, he swerved."

"This is a sad day for the Florissant Police Department, but an important day for our community I think," Fagan said. "It's important that in this circumstance, our community knows that in the event that one of our officers steps outside their duties to do things they should not do, they will always be held accountable as every other citizen would." 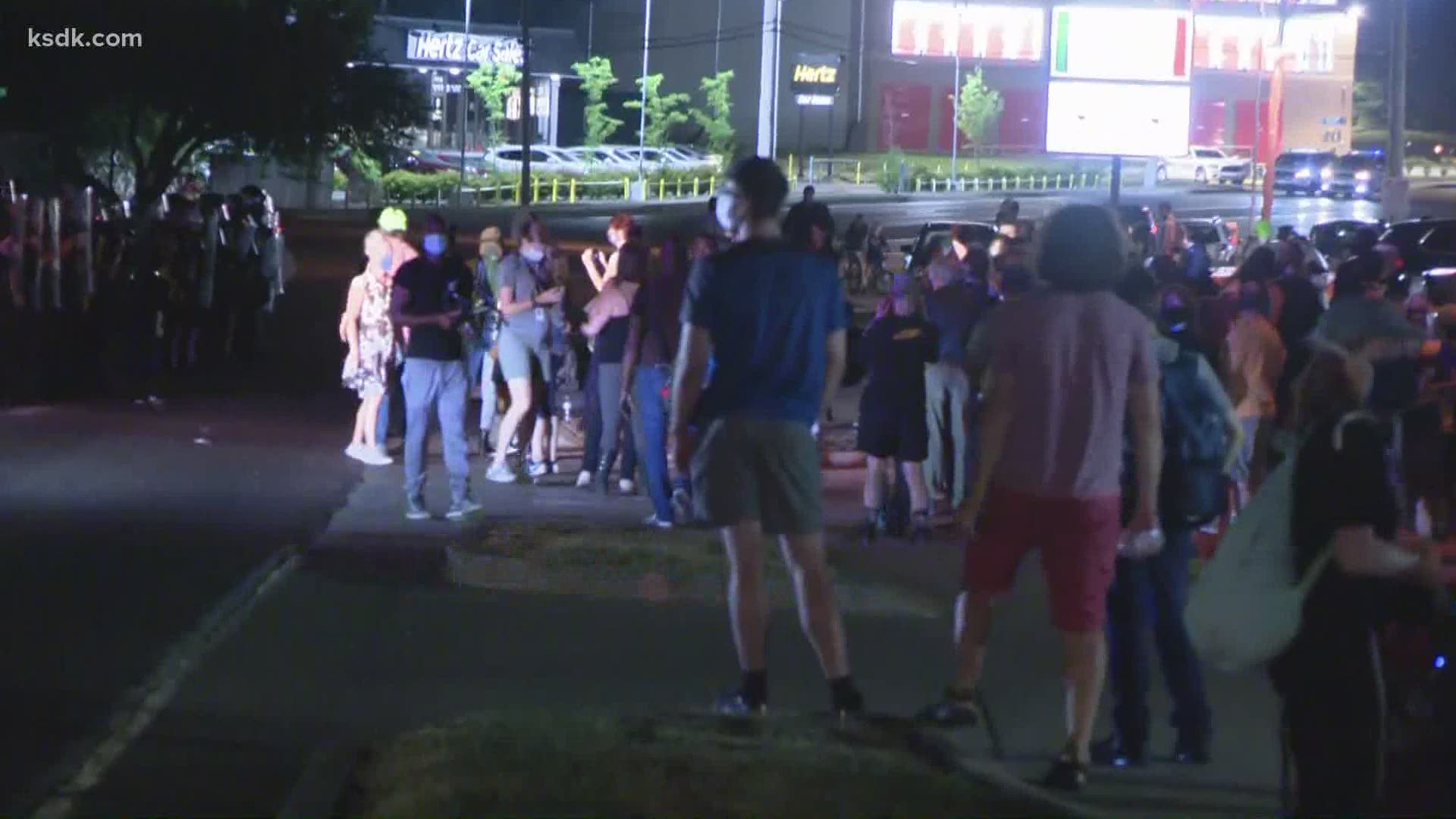 RELATED: Florissant protester accidentally shoots himself in the foot outside police headquarters

RELATED: Byers' Beat: Inside and beyond the case of the fired Florissant police officer

RELATED: Protesters call for fired Florissant officer to be arrested after hitting man with car | ‘I hear those cries,’ police chief says