Father James Jackson served at Our Lady of Mount Carmel in Littleton from August 2006 through July 2021. 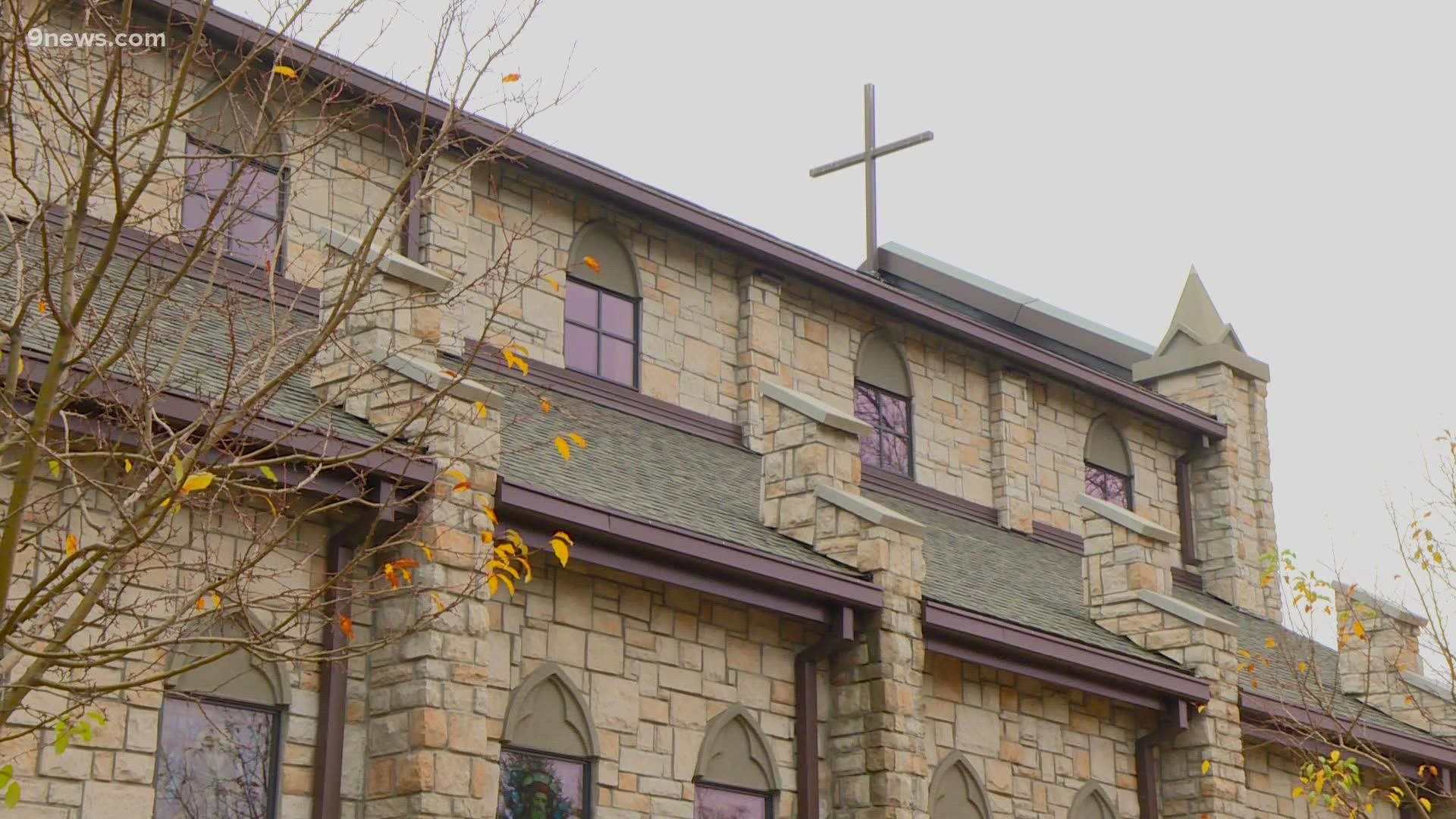 PROVIDENCE, R.I. — A Catholic priest who worked in Colorado as recently as July before moving to Rhode Island is facing charges for child pornography.

James Jackson, 66, was arrested Saturday after a court-authorized search warrant was executed at St. Mary's church and rectory in Providence, Rhode Island.

Jackson was later identified as the alleged owner of the child pornography on the computer that was connected to the investigation, according to the report.

He was arraigned Saturday and held on $5,000 bail, WJAR reports.

Jackson was assigned to the parish by the Fraternity of St. Peter (FSSP) religious order. The group issued a statement about his arrest, saying they were "shocked and saddened" by the "serious allegations" against him.

"Before starting his current assignment at the beginning of August, Father underwent a criminal background check and had a sterling record of priestly service," the group said in a statement. "We had no reason to believe Father was engaging in any inappropriate behavior, let alone criminal conduct."

According to a statement from the Archdiocese of Denver, Jackson served at Our Lady of Mount Carmel in Littleton from August 2006 through July of this year. Advocates in Colorado worry kids here may have been endangered.

"Our fear is that children may have been endangered both in Rhode Island and in Colorado," SNAP, the Survivors Network of those Abused by Priests, said in a news release. "We encourage anyone with information regarding this case to contact local law enforcement."

SNAP is calling for the church, as well as authorities, to look into the possibility that crimes or misconduct were carried out during his time in Littleton.

"This isn't the new proclivity. This isn't something that just popped up. So I hope that there's some serious looking back into his career and his work history," said Zach Hilner, Executive Director of SNAP. "Parents and parishioners at the places that he worked need to be made aware of this so they can ask their children, others they care about, 'Hey, did you ever see anything? Anything ever happen to you?' That's a critical step for prevention and must happen now."

The Archdiocese of Denver said they never received any allegations or complaints against Jackson. The diocese is currently waiting on law enforcement for next steps, but said they will cooperate with investigators if they are approached.

The statement from the Archdiocese of Denver is in full below:

The arrest of Fr. James Jackson in Providence, Rhode Island, and the allegations against him regarding possession of child pornography are extremely troubling.

To minister in the Archdiocese of Denver a religious order priest must have a letter of good standing from his religious order, pass a background check, and complete the archdiocese’s required Safe Environment training. Before Fr. Jackson was permitted to minister in Colorado, all three of these safety steps were completed. During Fr. Jackson’s time working at Mount Carmel, the archdiocese never received any allegation of misconduct against him.

We are praying for everyone involved in this situation.

RELATED: After luring girl into closet, rec center employee says he 'would have done whatever she was up for', affidavit says