Two people were taken into custody after the hours-long SWAT situation in a home near Fort Collins. 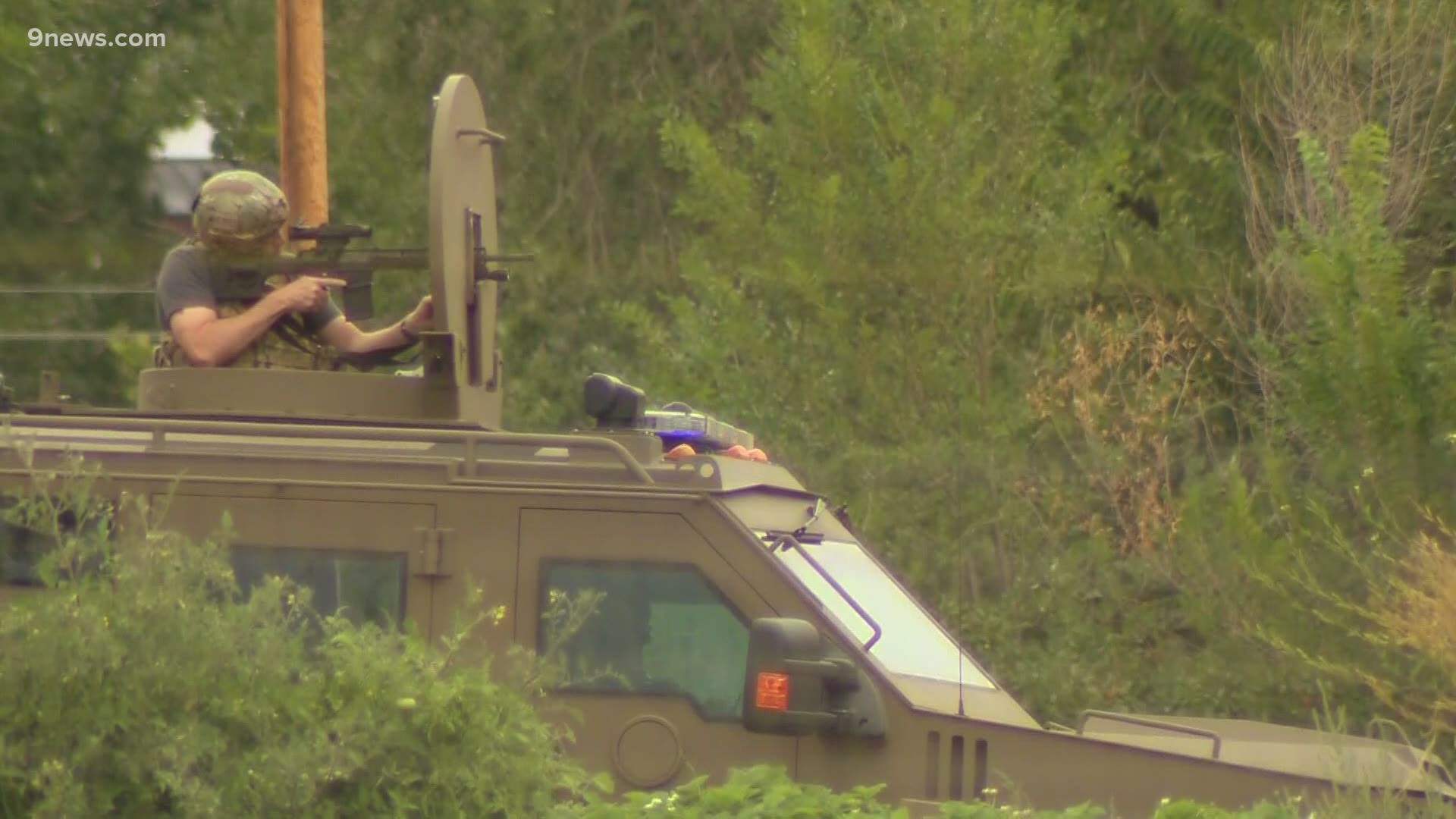 The two suspects were taken into custody by sheriff's deputies.

Wyoming Highway Patrol said the car was driving north on Interstate 25 when a person called 911. When Wyoming deputies spotted the car at Exit 4 in Wyoming and tried to contact the driver, the car drove away and a pursuit heading south on I-25 ensued, Wyoming Highway Patrol said. The trooper believed the man and woman in the car had been involved in some kind of physical disturbance with each other while the vehicle was moving, according to LCSO.

During the pursuit, LCSO said, both the male driver and the female passenger fired shots at troopers. No troopers were injured.

LCSO joined in the pursuit as it continued westbound on Owl Canyon Road, the sheriff's office said, and as it turned southbound on Terry Lake Road, where the driver rammed the closed garage of a home near the 8800 block with his vehicle causing significant damage to the home.

The pursuit continued southbound and ended around noon near the intersection of East Douglas Road and Terry Lake Road. The suspects then drove their vehicle into the closed garage door of a nearby residence, which allowed them to unlawfully enter the home, according to LCSO. The only person inside the home managed to get out safely.

Deputies and troopers set a perimeter around the home as the Larimer County SWAT team responded, LCSO said, and an Everbridge Emergency notification was sent to the immediate area alerting residents to the law enforcement activity and asked them to stay inside their homes.

LCSO said SWAT hostage negotiators successfully convinced the man and woman to surrender and they were taken into custody around 6:30 p.m.

Spahr was also booked on suspicion of possession of a weapon by a previous offender, eluding and felony criminal mischief, as well as felony warrants out of Oklahoma.