More than a dozen fossils in a trailer in town for the Colorado Mineral & Fossil Spring Show were stolen over the weekend, said GeoDecor.
Author: Dacia Johnson
Published: 4:13 PM MDT September 9, 2019
Updated: 7:31 AM MDT September 10, 2019

AURORA, Colo. — A trailer with more than a dozen fossils valued at nearly $100,000 was stolen over the weekend from a Denver hotel, according to the trailer's owner, GeoDecor Inc.

The president of GeoDecor is in town with the fossils for the Colorado Mineral & Fossil Spring Show at the Crowne Plaza, the company said.

This fossiled shark is one of more than a dozen fossils that were stolen from a trailer in town for Colorado Mineral & Fossil Spring Show.
GeoDecor, Inc

The Aurora Police Department (APD) is investigating the incident, which happened at the Crowne Plaza Denver Airport Convention Center at 15500 E. 40th Ave.

GeoDecor is offering a cash reward of $1,000 to anyone with information leading to the recovery of the trailer and the fossils.

The company said no questions will be asked and no charges filed against anyone who returns the trailer to the front parking lot of Crowne Plaza hotel with its contents intact. 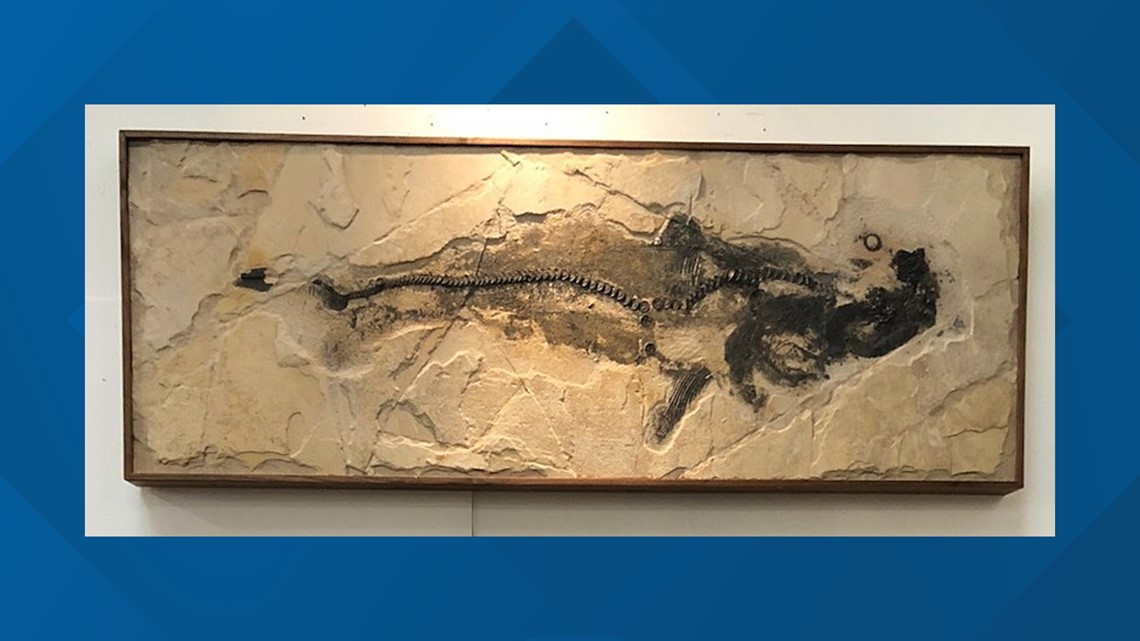