The Longmont postal worker was allegedly shot and killed by his ex-girlfriend while on his route. He's a father, son, brother, and loving friend. 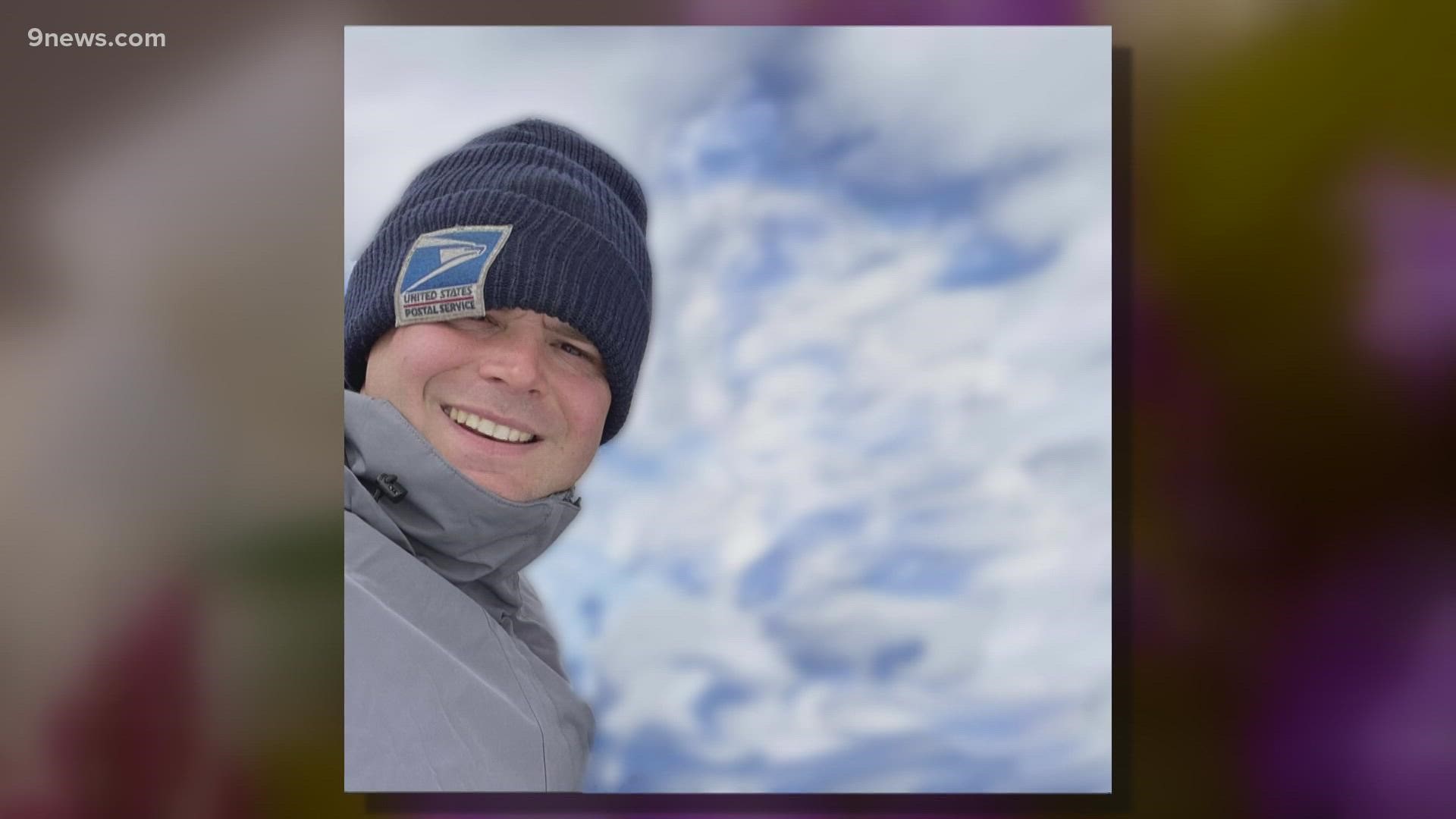 LONGMONT, Colo. — Postal workers gathered Thursday to mourn the loss of their colleague and friend in the very same spot he was killed the day before.

“All the rural carriers went out to where the incident happened, took flowers out and hugged – and said a prayer and kind of talked about him out there. Just a nice little tribute to see him where his last moments were,” said USPS rural carrier Trey Smith.

Police say 33-year-old Jason Schaefer was shot by his ex-girlfriend while working his route in the Somerset Meadows community in Longmont Wednesday afternoon.

“I’m confused and I’m hurt – just so heartbroken for all of them,” said friend and colleague Brandy Brackett.

Brackett is left heartbroken for her postal community, and Jason’s family and friends.

“It won’t be the same without him in the parking lot saying ‘Brandy Brackett. You know, how are you today?’ And me give him this eye, you know. Why are you bugging me this morning?” Brackett said.

Wednesday was their last day working together after police say Jason’s ex-girlfriend Devan Schreiner shot and killed him on his route.

“In my eyes, these things, they don’t happen very often. When they do, they’re heard loudly and they shake everyone,” Brackett said.

Brackett was not only a friend to Jason but to Devan as well.

“To be honest, I don’t know what to think right now. God, she was my friend, and I loved her,” Brackett said.

Brackett knew something was wrong when Jason didn’t respond to her last text. Once she learned of what happened, she knew it was him who was hurt.

“I asked what kind of postal vehicle was over there, and they told me it was a ProMaster. He’s the only one in that area that drives a ProMaster,” Brackett said.

Schaefer was a father, a son, a fast carrier, and most of all a joyful friend.

Smith said, "He was a great, loving guy. He would do anything for anybody. He was competitive, goofy, funny – cheerful. He loved his little boy to death – more than anything. He was just a great guy. You go to him for anything. He definitely did not deserve this."

He was also shortstop on the postal softball team.

“We play twice a week and then we work together every single day,” Smith said.

The joyful memories are what’s hiding the tears of the friends who’ve become family.

Brackett said, "We are a family; this is a family thing. And no matter how many disagreements we have, no mater what’s going on, we stick together through this. This is our family; it will never go away."

Brackett is already thinking of ways to make Jason proud and make his customers happy.

“It’ll be a hard first day back. Part of me wants to do my route and his route, you know, and just keep it together until it’s OK. Not sure if I can,” Brackett said.

Others are playing a softball game in his memory Friday night. Schaefer's uniform and cleats will sit on the field as the players bear his name and number.

RELATED: 3 dead, one of them the gunman, after shooting at Memphis USPS facility