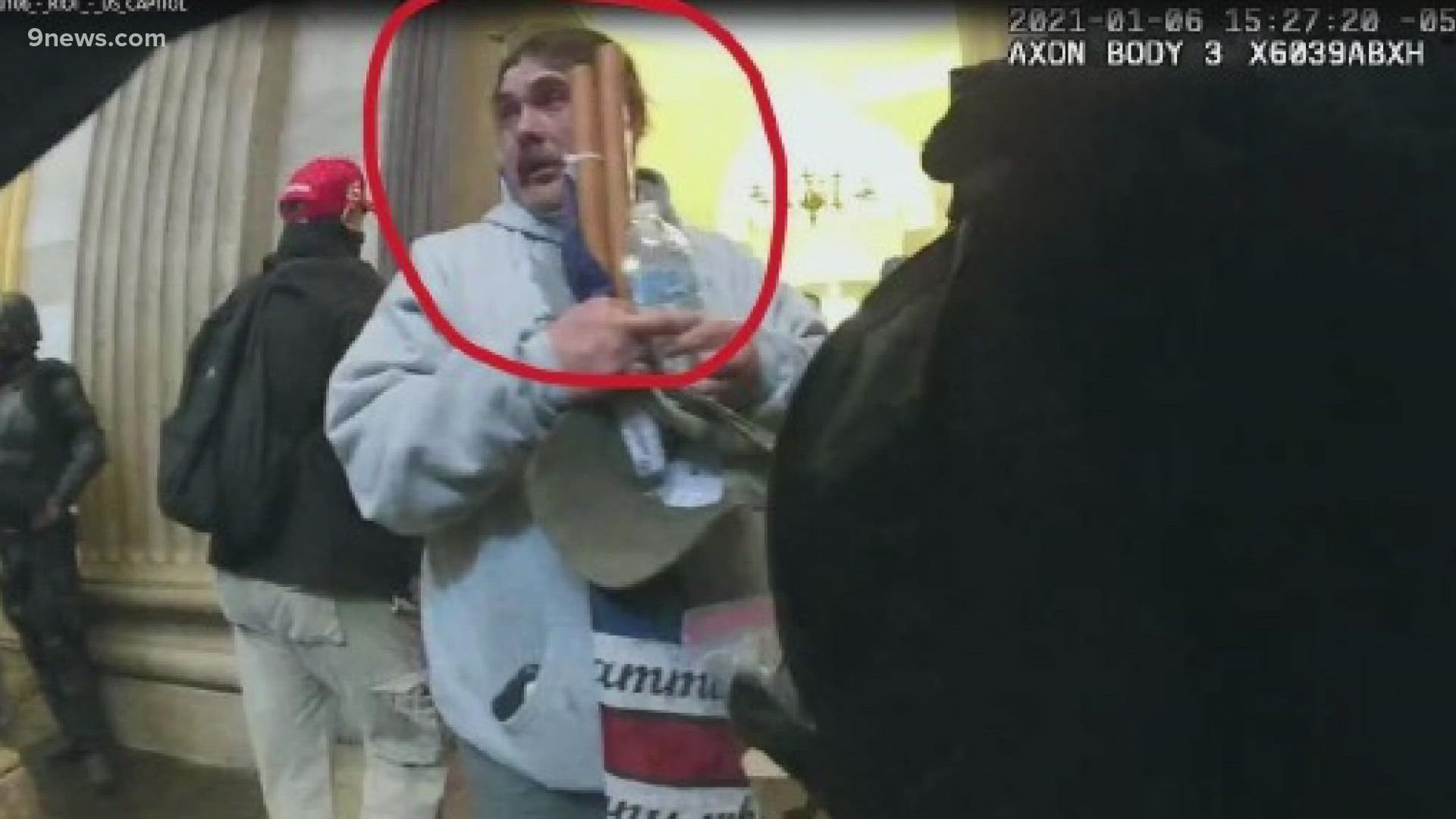 WASHINGTON, D.C., USA — A Colorado Springs man who pleaded guilty in August to a charge related to the failed insurrection at U.S. Capitol was sentenced Friday to 14 days in a community corrections facility and three years probation.

"I am sorry," Glenn Wes Lee Croy told the court Friday. "Foolishly, I walked into that building."

He pleaded guilty to a misdemeanor charge of parading inside the Capitol in August following his arrest in February when he originally faced the following charges:

RELATED: 'I am guilty of being an idiot…': U.S. Capitol riot defendant apologizes

According to an arrest warrant, Croy was among those who entered into the Capitol building during the riot on Jan. 6 of this year as lawmakers were meeting to officially certify the 2020 election results.

Croy's Facebook name is "Wes Croy," according to court documents, and FBI investigators also said that a 2019 Colorado license photo appears to be the same individual from the picture.

The FBI also obtained the body camera footage below from Metropolitan Police Department that depicts Croy inside the Capitol Rotunda with red circles added by investigators.