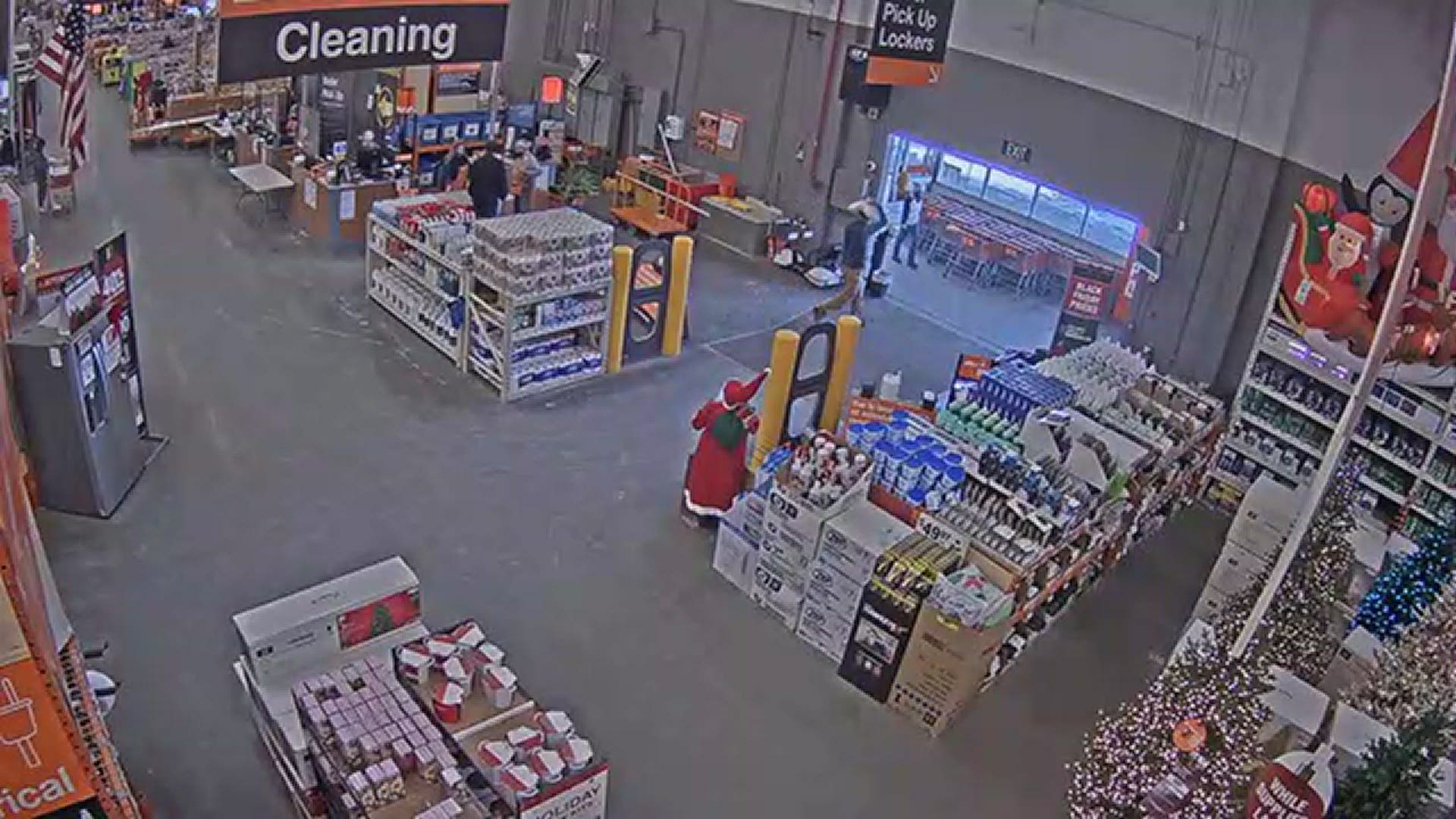 GOLDEN, Colo. — Police are looking for three people who are accused of stealing $1,300 in merchandise from a Home Depot earlier this week.

The incident happened at around 3:30 p.m. on Tuesday at the store at 16900 W. Colfax Ave. in Golden, according to the Golden Police Department.

In the surveillance footage above, the three suspects are seen loading up a shopping cart with items before trying to leave the store. Police said when they were confronted by security, one of the suspects threatened that person with an axe.

All three suspects fled in a white Ford F-150 that did not have license plates, police said.

Anyone with information about the suspects or the crime is asked to call Metro Denver Crime Stoppers at 720-913-STOP. You can remain anonymous, and tips that lead to an arrest could come with a $2,000 reward.

The phone line is answered 24 hours a day, seven days a week.

>>> Watch the full surveillance video in the player above.