Russel Cooley died from a self-inflicted gunshot wound after firing at least 55 rounds from a rifle at officers, according to the Weld County DA's Office. 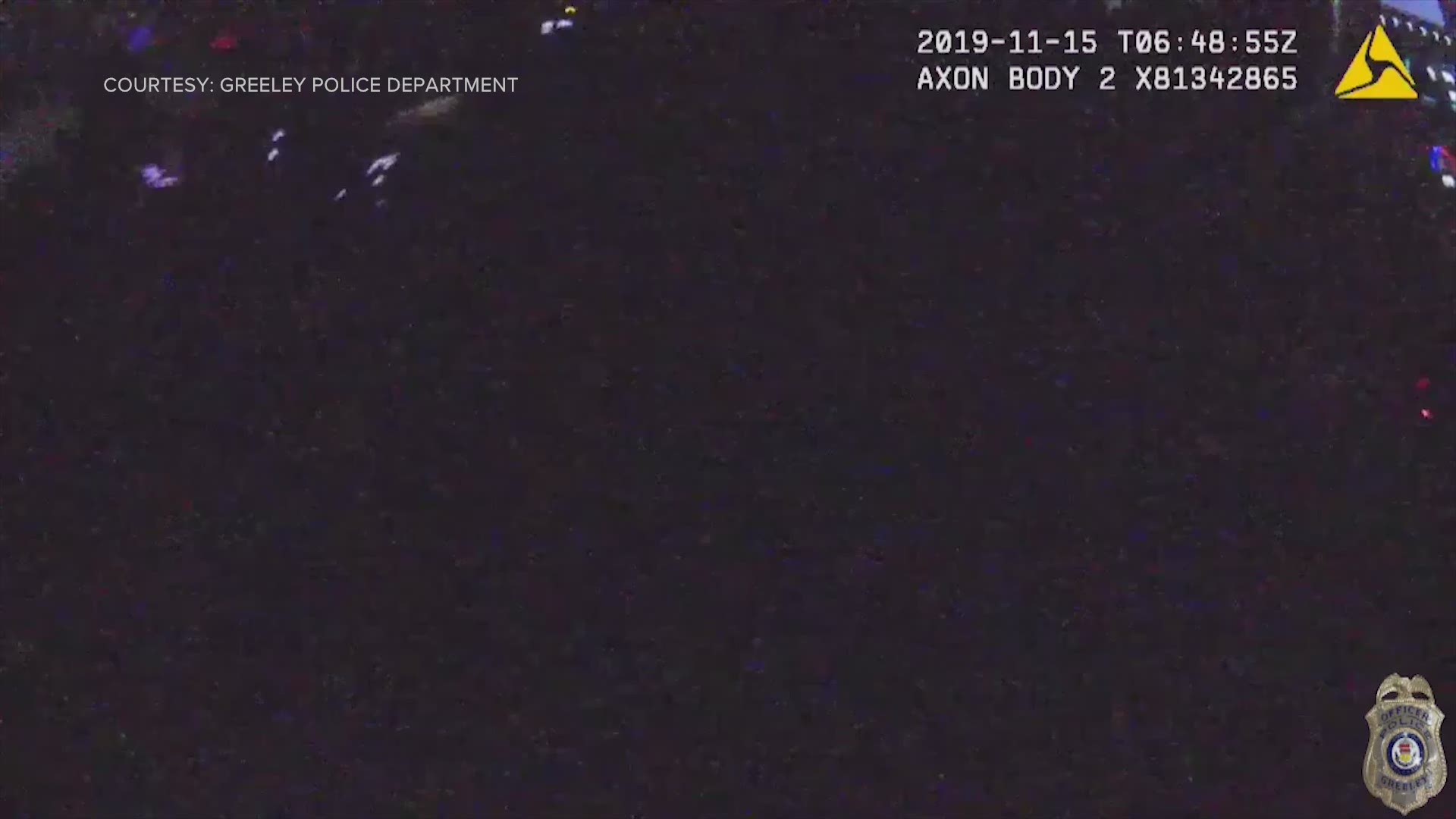 WELD COUNTY, Colo. — Officers were justified in using deadly force against a man who eluded police and fired 55 shots at Greeley Police officers, according to a decision letter from the 19th Judicial District Attorney's Office.

A female passenger was injured by an officer's gunfire, and the male suspect, identified as Russel Cooley, was later found dead from a self-inflicted gunshot wound, the decision letter says. One police officer was also shot and injured by Cooley.

Around 9:30 p.m. on Nov. 14 officers with the Greeley Police Department (GPD) responded to a report of shots fired in the area of 13th Street and 26th Avenue in Greeley. Officers were advised that a white Chevrolet or GMC pickup had fired a shot at another vehicle, the sheriff's office said.

About an hour later, deputies with the Weld County Sheriff's Office said they spotted the truck at a gas station in Eaton. Deputies attempted to contact the driver but he drove off, according to the decision letter. Deputies chased the truck at speeds up to 90 mph until the chase was terminated near the Northern Colorado Medical Center due to the excessive speed and traffic violations by the driver, the decision letter says.

At 11:40 p.m. a Greeley Police officer aired over his radio that he had located the truck headed east on 37th Street near 47th Avenue. He began another pursuit of the suspect which entered a residential neighborhood in Evans, the letter says.

Officers pursued the vehicle again to the area of 37th Street and Marigold Avenue.

The sheriff's office said two suspects then got out of the vehicle and started firing several rounds at officers.

One of the officers fired back, the decision letter says. 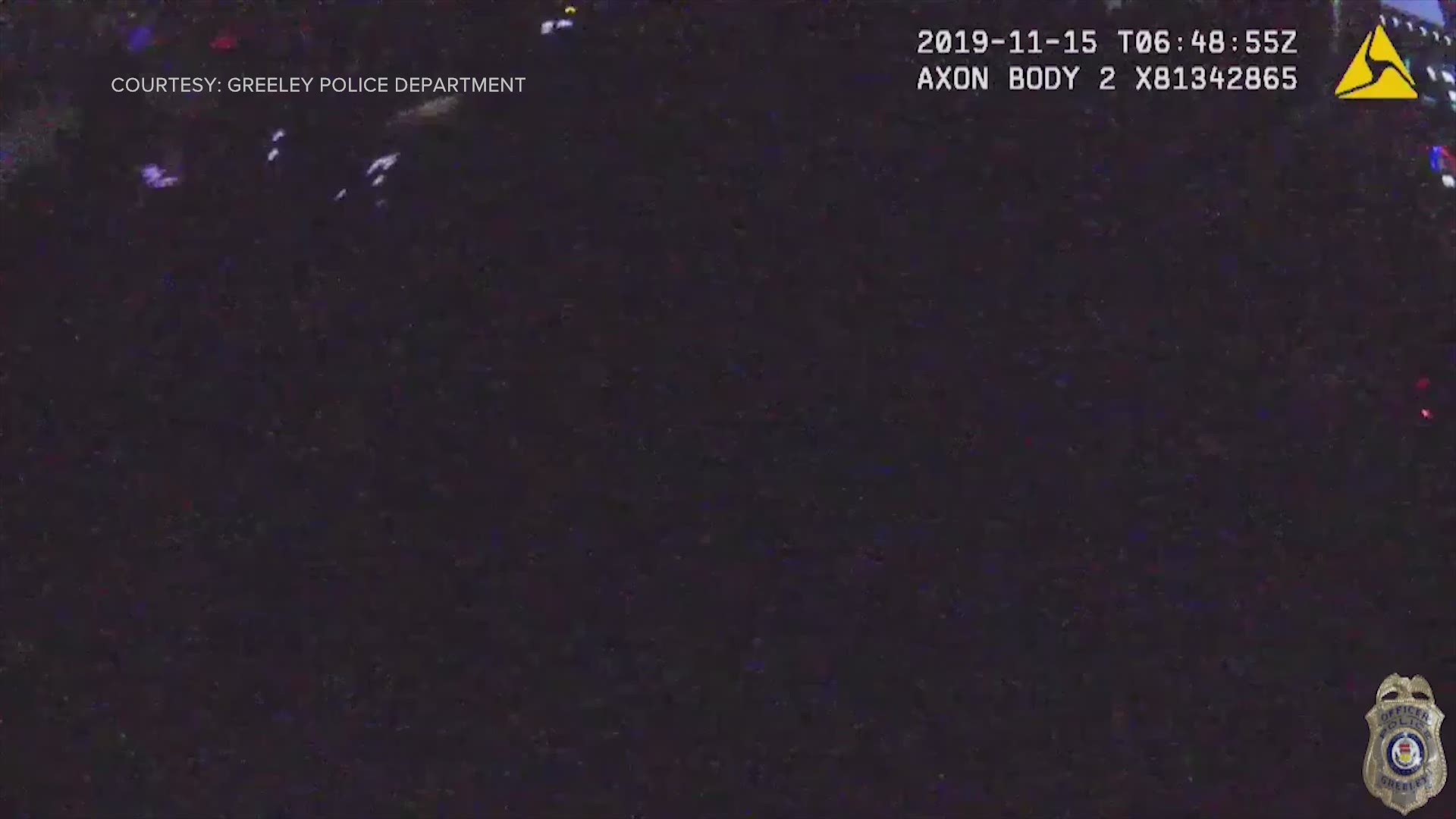 The officer who shot his weapon was shot in his right arm by the suspects, according to the decision letter.

A woman in the vehicle was shot in the leg by officers, the decision letter says. Cooley was not hit.

Cooley went into the home at 3610 Marigold Street, the decision letter says. Crime scene investigators recovered 55 spent casings from Cooley’s weapon at the scene, according to the letter.

The officer fired a total of eight rounds, six from inside his patrol car during the pursuit and two more after he exited his vehicle at the end of the pursuit, the letter says.

Around 1:40 a.m. Cooley called out to police from inside the home and said his mother, dad, and uncle were in the home but said the police did not need to come in because he was going to kill himself, the letter says.

At 1:45 a.m., multiple officers reported hearing one shot fired from inside the residence, the decision letter says.

Less than a minute later, Cooley’s stepfather called 911 and reported that he believed Cooley had shot himself and was given instructions for exiting the residence with the other occupants of the home who all came out without incident.

After entering the home, officers found Cooley face down on the floor with a gun still in his right hand, according to the letter. Toxicology reports showed high levels of methamphetamine in his system.

In a bedroom, a laundry basket covered with a towel was located. Under the towel, officers found a dismantled rifle, which was ultimately identified as the rifle Cooley was using to fire at police officers, according to the letter.

The injured officer underwent surgery 19 days after the incident, during which the bullet was removed from his right arm. Investigators found 19 bullet holes in his patrol vehicle.

Credit: Weld County DA
Bullet holes in the officer's patrol car, both from the suspect's gunfire and shots the officer fired from inside the car.

He currently remains on modified duty as a result of his injury, however, he is expected to make a full recovery, according to the decision letter.