Greeley Police said Officer Ken Amick put a 36-year-old man in a chokehold and then kneed the man in the leg. 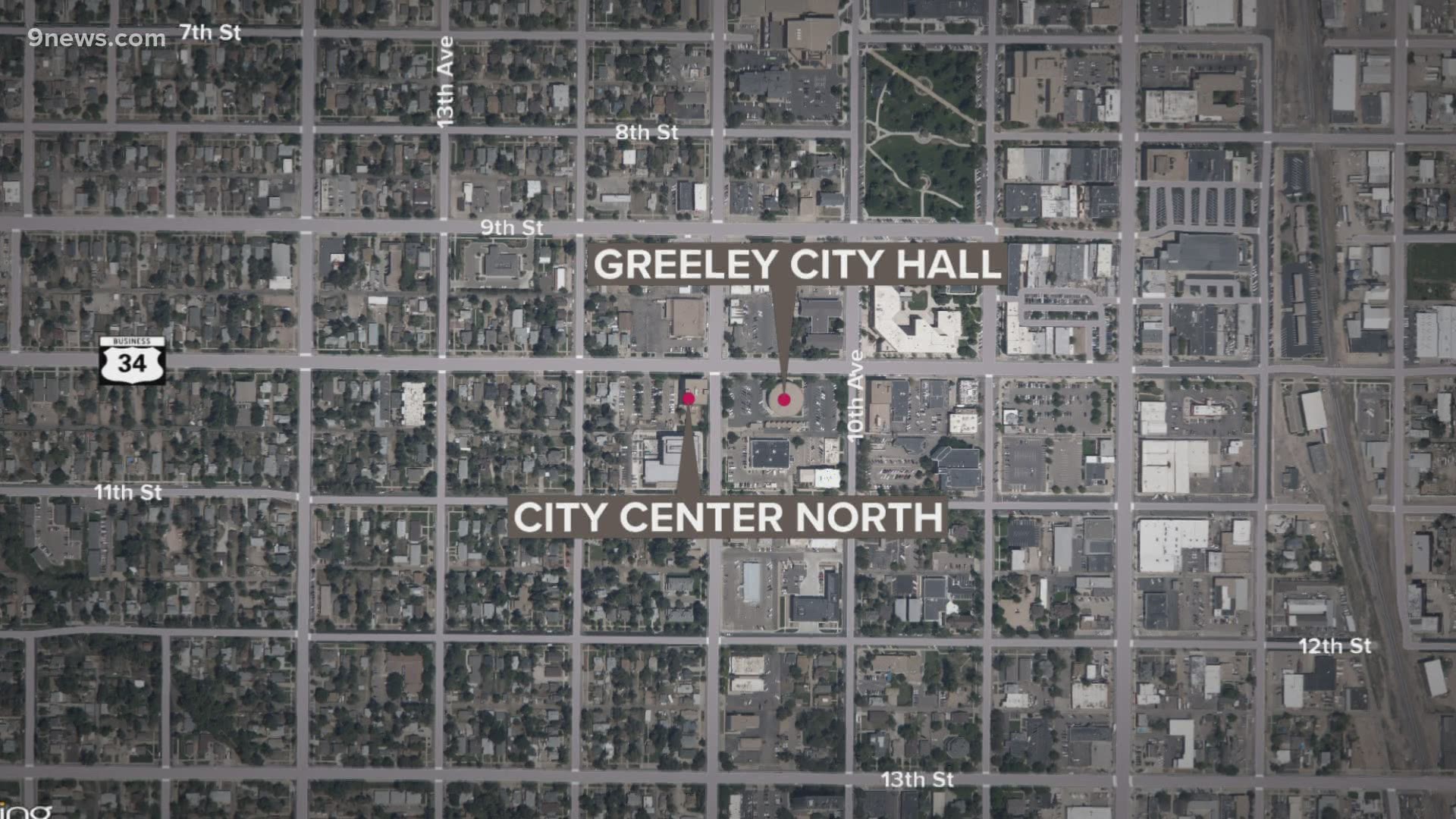 GREELEY, Colo. — A Greeley Police officer has been put on unpaid leave after being accused of using excessive force during an arrest this month.

Just after 3:30 p.m. on Monday, June 7, officers responded to a panic alarm at City Center North, located at 1100 10th St., the Greeley Police Department (GPD) said in a news release.

Wilson had a warrant for his arrest unrelated to the City Center North call and was put into handcuffs by Officer Ken Amick, GPD said.

As Amick was taking Wilson out of City Hall, Wilson became agitated and complained that his wrists were hurting, GPD said. Amick suddenly put Wilson into a chokehold, according to GPD. Wilson showed "ill effects" from the chokehold while being placed on the ground, GPD said.

GPD said another officer then intervened. Officers tried calming Wilson, asking whether he was all right, and then got him back to his feet, GPD said.

Once Wilson and Amick were outside of City Hall, Wilson, still handcuffed, grabbed Amick's hand, GPD said. Amick then delivered knee strikes to Wilson's leg and placed him on the ground to calm him down, GPD said.

Officers helped Wilson back to his feet again and put him in a patrol car, GPD said. Once in the car, Wilson complained of excessive force and asked for a supervisor, GPD said.

After Wilson's arrest, two Greeley police officers contacted supervisors and said they believed the use of force during Wilson's arrest was excessive, GPD said.

Amick was removed from patrol duty and a criminal investigation began, GPD said.

Investigators finished the criminal investigation and presented the case to the Weld County District Attorney's Office, recommending there was probable cause that Amick's actions met the threshold of second-degree assault, which is a Class 4 felony, GPD said.

The District Attorney's Office said Amick has been charged with second-degree assault in the case.

Amick has been with the Greeley Police Department since 2006, GPD said.

RELATED: PRONE: At least 121 people across the U.S. have died while held prone by officers. Why?