No officers were injured and the suspect was taken into custody, according to the Greeley Police Department. 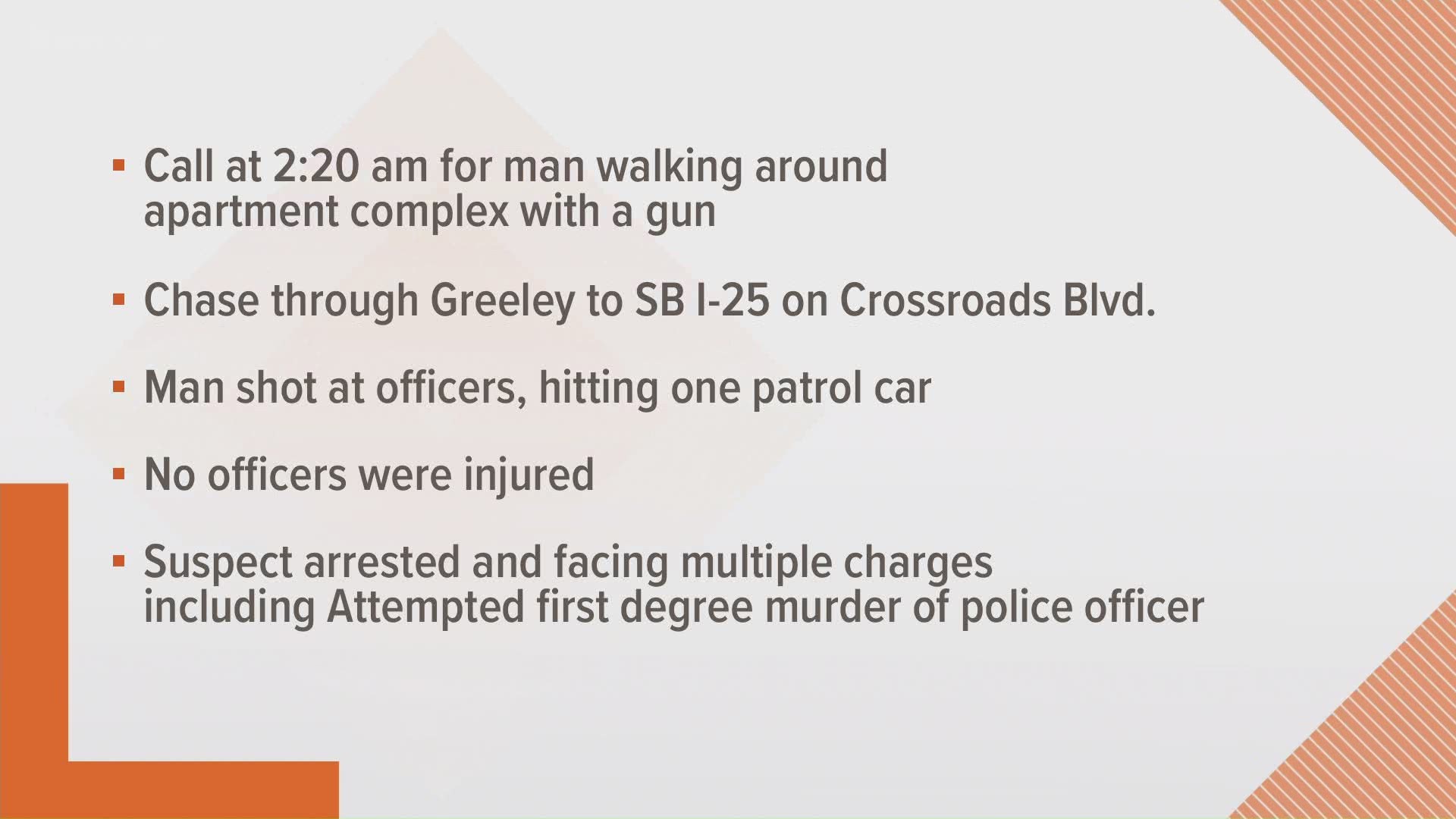 No officers were injured, and the suspect was taken into custody, according to a press release from the Greeley Police Department.

Officers were dispatched at 2:19 a.m. to the 1700 block of 10th Street on a report of a man walking around an apartment complex with a gun, the release says.

The man ran from officers, who chased him. The man then sprayed the officers with bear spray, according to the release.

The man reached his vehicle in the 1600 block of 10th Street and drove away. Officers pursued the vehicle. During the pursuit, the man fired shots and struck a police car, the release says.

Other agencies took over the pursuit north of Greeley and ended up chasing the vehicle southbound on Interstate 25. The vehicle exited I-25 on Crossroads Boulevard, and was disabled in a roundabout on Clydesdale Parkway, according to police.

The suspect got out of the vehicle and ran toward an Embassy Suites Hotel. Officers took the suspect into custody, and a gun was found inside his vehicle, police said.

Nicholson had an active warrant for possession of a controlled substance, police said.

RELATED: Greeley man to spend at least 30 years in prison for sex assault