"Boulder strong is about to be Denver strong," the graffiti read. 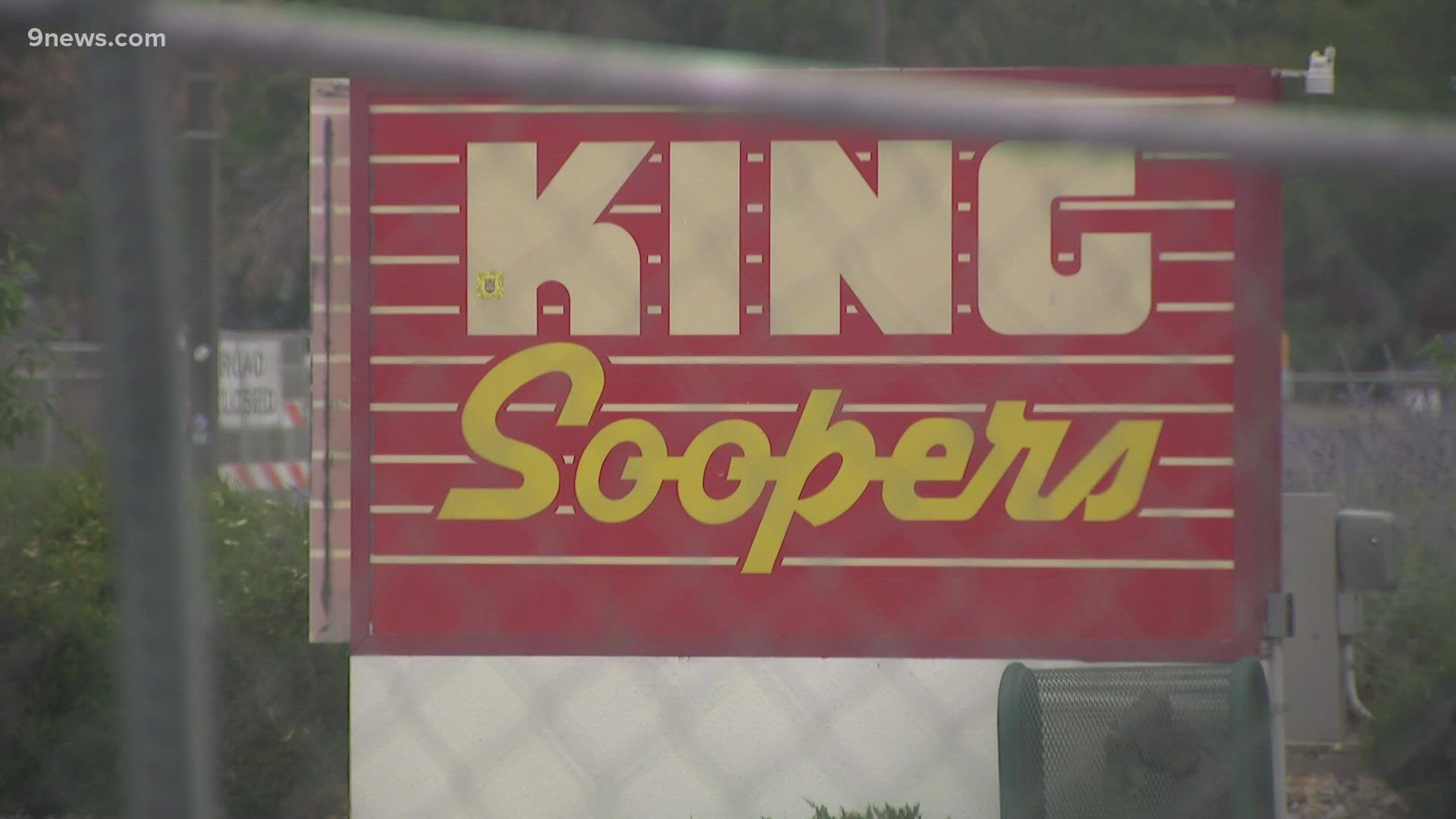 GREENWOOD VILLAGE, Colo. — A King Soopers store in Greenwood Village closed its doors Sunday after threatening graffiti that appeared to reference the March 22 mass shooting in Boulder was discovered nearby.

According to a release from the Greenwood Village Police Department (GVPD), officers were notified of graffiti at Castlewood Park that stated, "Boulder strong is about to be Denver strong."

"Boulder Strong" is a slogan used in the wake of the shooting at the King Soopers at Table Mesa Drive and South Broadway. Ten people were slain in that attack.

GVPD said the management at the South Holly Street location was notified of the graffiti, and they chose to close the store on their own.

"At King Soopers nothing is more important than the safety of our associates and customers. Out of an abundance of caution we have temporarily closed our location at 6000 Holly Street in Greenwood Village due to a threat of violence.  We are working in full cooperation with local law enforcement and plan to resume normal business hours tomorrow."

King Soopers has increased its security presence at the South Holly Street location and at surrounding stores, according to the spokesperson, and they're offering counseling to any employees impacted by the incident.

GVPD said they are not aware of a threat to any King Soopers location and that no suspects have been identified, but they will provide an additional police presence at both Greenwood Village locations.