Hancock: 'So long as I am mayor, we will not defund the Denver Police Department'

The mayor and city leaders addressed a proposal before the City Council to defund the Denver Police Department and how to combat an increase in crime in the city. 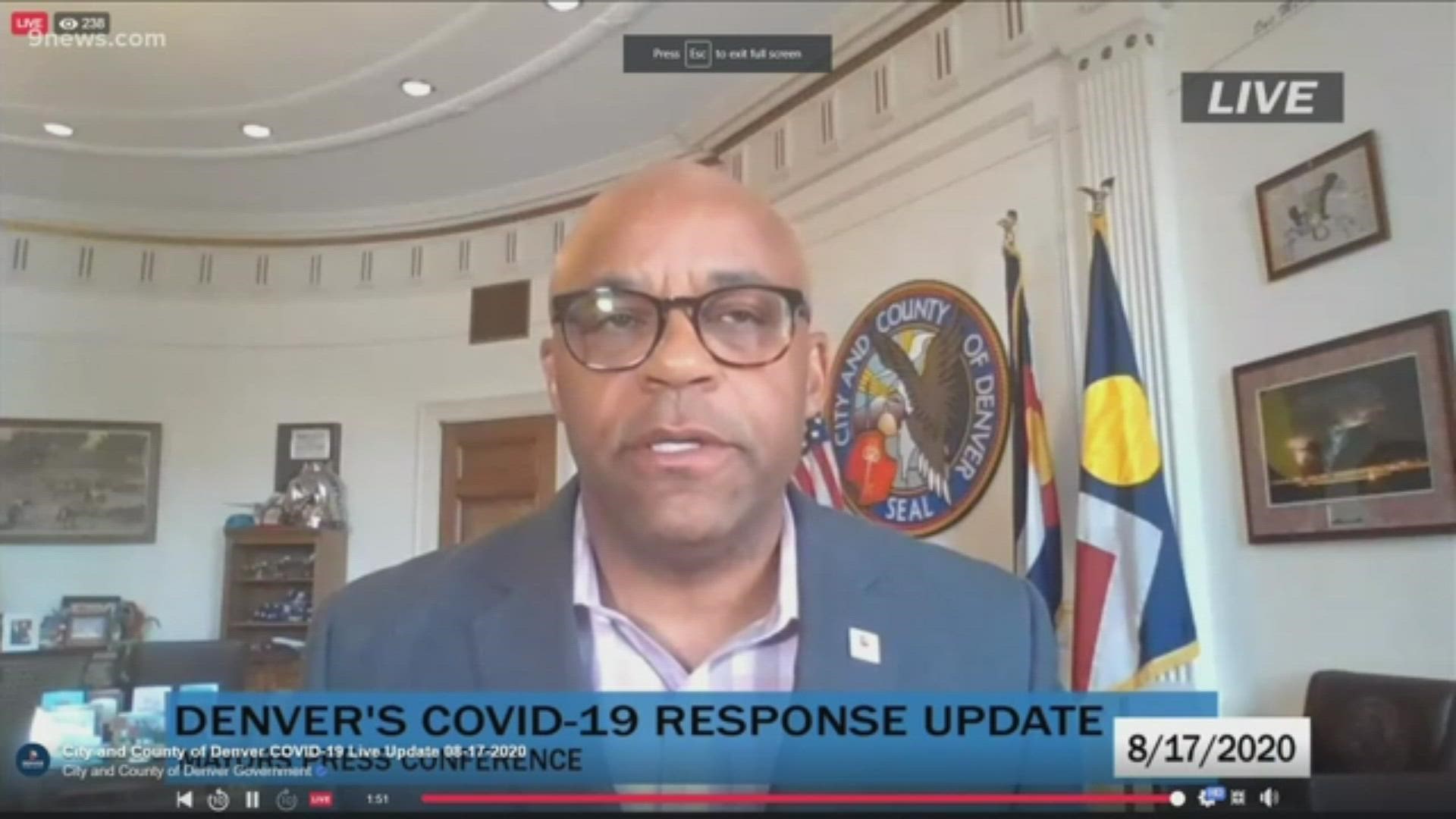 DENVER — Denver Mayor Michael Hancock and other city leaders held a virtual press conference Monday to speak against a proposal before the City Council to defund the police department, and to address a rise in violence in the city.

Last week, City Councilwoman Candi CdeBaca submitted a proposal to replace the Denver Police Department (DPD) with an unarmed “peace force” that would serve public safety by “proactive means.” The proposal is on the City Council agenda for Monday's meeting.

> Video above: Watch the full press conference by city leaders on Monday.

He listed several law enforcement reforms such as mandated body cameras, bias training for officers and an emphasis on diversity in recruitment, as examples of how DPD and the Denver Sheriff Department were working at improvement.

Pazen said that as multiple crises seem to be manifesting in a rise in crime, the community and law enforcement must work together. He said his department approaches public safety from a public health standpoint.

"We have room to improve," he said. "However, we are much further down the path than other cities or police departments across the country. Defund, abolish or replace the police will likely have a devastating impact on our city."

Robinson said that on Sunday night, he was reading letters from proponents and opponents of CdeBaca's proposal while he listened to DPD's response to a mass shooting near South Federal Boulevard.

"I felt that it was ironic that there was a bill being put forward to abolish the very people that were running into harm's way for our community every day," he said.

Three people were killed and at least five others were injured after two shootings along South Federal Boulevard on Sunday night, police said. Police said the two shootings appear to be unrelated; however, in the briefing Monday, city leaders said the shootings happened between rival groups at large gatherings of hundreds of people.

The violence on Sunday came a week after nine people, including six people under the age of 18, were shot at a park last weekend.

Hancock and Pazen said that some of the rise in crime can be attributed to young people who have stolen guns. Pazen said that DPD has taken more than a thousand illegal guns off the streets, but that gun thefts are up 25 percent.

"This is where community comes together and helps up keep our neighborhoods and our young people safe," Pazen said. "Unfortunately, we have too many irresponsible gun owners that are leaving guns in their cars or unsecured that are then finding their way into the hands of young people. We have low level disputes that are turning into high levels of violence."

Hancock, Pazen and Murphy encouraged gun owners to do a better job of securing their guns and encouraged the community to help put a stop to youth violence.

"We must ignite our community, the people who are around these young people who have access to guns and help them realize that we cannot continue to go down this route," Murphy said.

Hancock and other officials also addressed the latest in the city's COVID-19 response on Monday. Hancock praised residents for their compliance with public health orders such as mask-wearing and social distancing, and said those efforts are paying off.

He said average daily cases in Denver have dropped to below 40 new cases per day and the positivity rate on testing is below 3 percent.

"This is not the time for us to ease up. We are not out of the woods yet," he said, adding that the city will continue enforcement of public health orders.

Hancock said the Pepsi Center testing site will remain open in partnership with the state, but that the city is transitioning to community-based testing efforts and hope to have those sites begin to constitute the majority of the city's testing.

Bob McDonald, executive director of the city's Department of Public Health and Environment, said that the amount of time it takes to get results from testing at the Pepsi Center has dropped to four to five days.