Denver Police looking for tips after cars painted with graffiti

The damage occurred in the Washington Park area of Denver late last month. 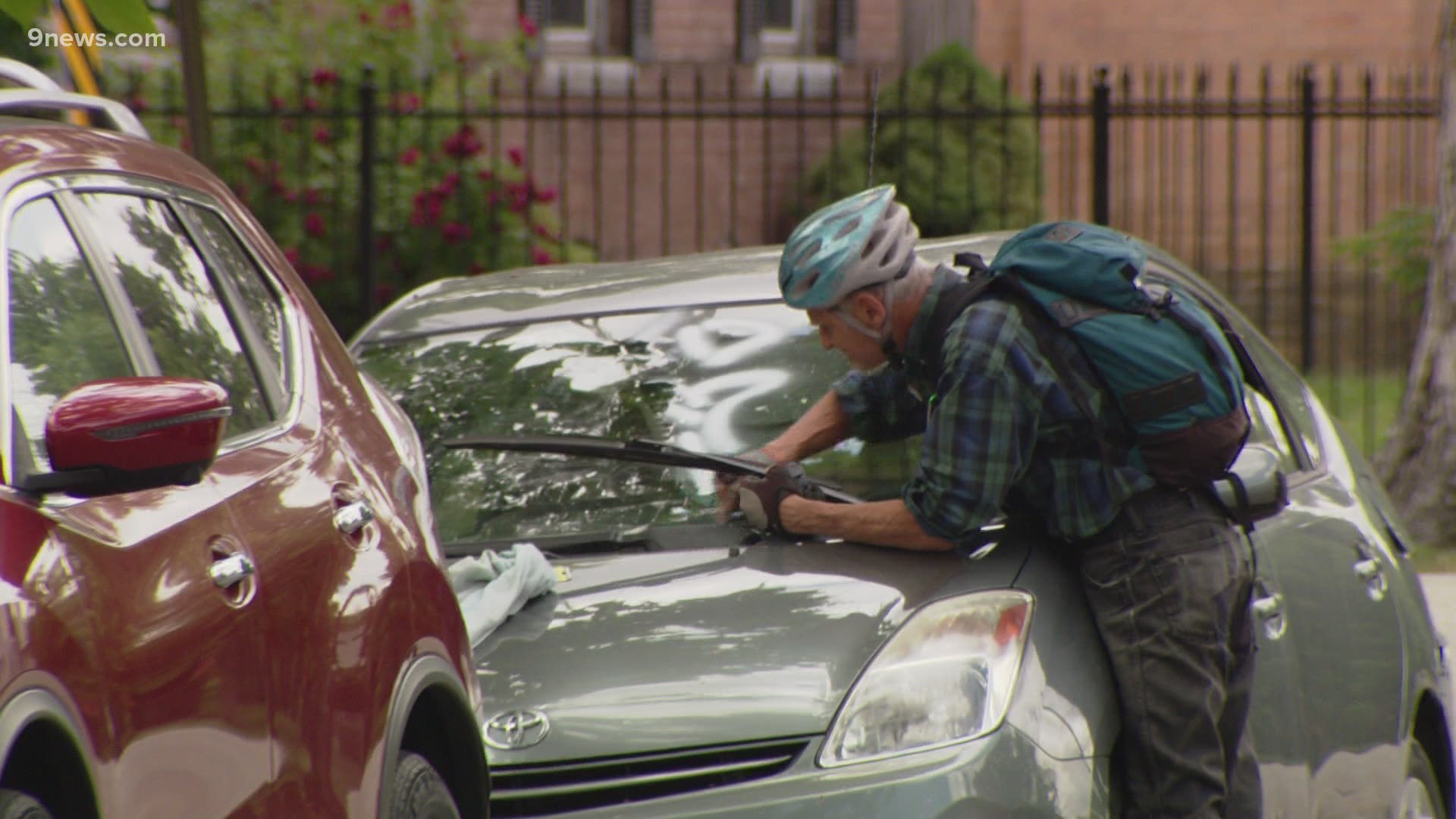 DENVER — The Denver Police Department (DPD) asked for help on Tuesday locating a suspect or suspects responsible for damaging about a dozen vehicles with racially motivated words and symbols in the Washington Park area.

The vandalism, which included swastikas spray-painted on vehicles, occurred sometime between 9 p.m. June 28 and 6:30 a.m. June 29.

"I was definitely upset," said Gwen Starkman. "I am Jewish. To see that personally really hit home, and for anyone to see any hate like that, so I was just really upset and that there are people out there that hate for no real reason."

"I'm surprised someone would have the audacity to do so much vandalism to people that didn’t deserve it," said Adam Daniels, who lives in the area and had his car damaged.