A jury found Dreion Dearing guilty of first-degree murder in the deadly shooting of Deputy Heath Gumm in January 2018. 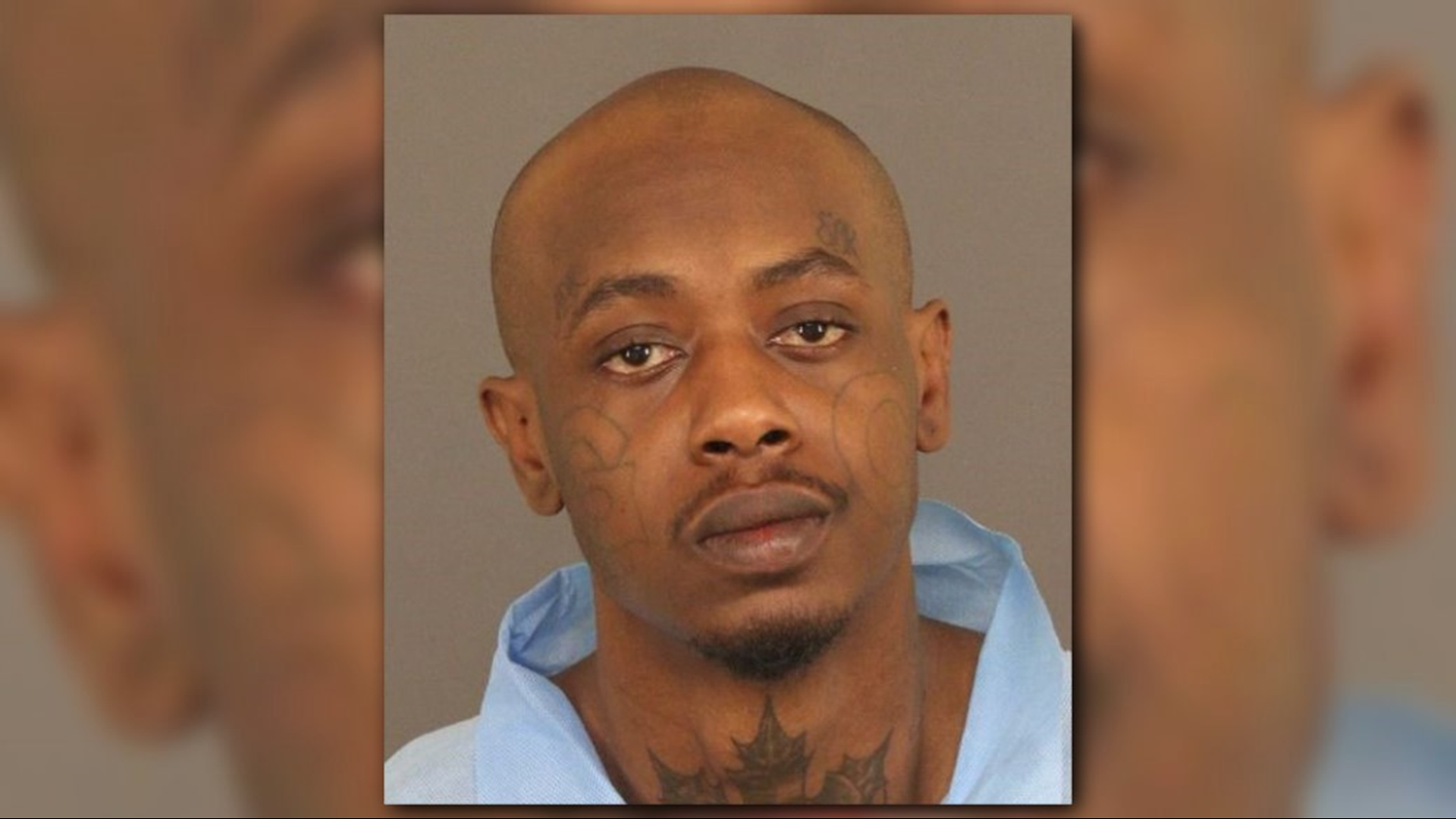 ADAMS COUNTY, Colo. — A 24-year-old man who was found guilty of first-degree murder in the Jan. 24, 2018 death of an Adams County deputy has been sentenced to life in prison without the possibility of parole.

The jury on Thursday returned the guilty verdict against Dreion Dearing, who had been charged in relation to the deadly shooting of Deputy Heath Gumm. They began deliberating earlier this week.

Dearing was also found guilty of:

He was found not guilty of third-degree assault related to an confrontation that occurred in the apartment where the incident began. Dearing also pleaded guilty to possession of a weapon by a previous offender after the verdict was read.

Gumm's parents, sister and wife all addressed the court Thursday afternoon after the verdict was read.

Gumm's wife spoke about how she met him shortly after moving to Denver and how excited she was to spend more time with him after graduating from nursing school in late 2017.

"Unfortunately, before we even had an opportunity to begin to enjoy our new life together, he was taken from me," Gumm's wife said. "I lost the person who I experienced everything with in the City of Denver."

Prior to the formal sentencing of Dearing, Gumm's mother addressed the judge and said, "I beg of you to give him the maximum sentence, because that’s what we live with every day."

His father shared stories about the many things they did together, including taekwondo, camping trips and working on a car.

Dearing's trial, in its fifth week, had been delayed after a judge earlier this year declared a mistrial in part due to the coronavirus pandemic.

The main points of discussion were centered around the events that brought Dearing to the area that night, who fired their weapon first and whether Dearing was acting in self-defense when he fired his gun seven times.

The shooting happened in a neighborhood southeast of Washington Street and East 88th Avenue. Young said it began with a burglary call just before 6:58 p.m., when Dearing showed up at a former teacher’s apartment who had allegedly sexually assaulted his cousin.

The teacher and others who were at the apartment that night served as witnesses in the trial. They claimed that Dearing’s cousin, a minor at the time, and the teacher's girlfriend at the time, got into a fight earlier that day in a parking lot near the apartment.

The teacher claimed later that night, after the two fought, Dearing showed up at his apartment and punched him and his friend and stole their phones and wallets. Evidence showed that car keys that belonged to Dearing’s car were dropped in the apartment after the incident.

Prosecutors said that Dearing ran from the apartment when police arrived, and then climbed onto a deck at a nearby house and fired at Gumm, who shot back after he fell to the ground with a gunshot wound to his chest. After that, Young said Dearing ran across the street and unloaded his gun near a van. That weapon – which prosecutors said was linked to the bullets that killed Gumm – had Dearing’s blood and fingerprints on it.

Public defenders and prosecutors argued over who shot first leading up to Gumm’s death. Defenders said that Dearing was not the initial aggressor, and that Gumm pointed his weapon and was in a combative stance before Dearing shot, claiming that Dearing was acting out of self-defense. Prosecutors said Dearing was lying in wait and that it was a choice for Dearing to fire back seven times

Police followed Dearing’s footprints through surrounding yards, picking up his lost hat along the way, before they traced him to a treehouse just 150 feet from where Gumm was shot, Young said.

Archambault said what happened next indicated the Adams County Sheriff’s Office was not able to treat Dearing objectively during an investigation that involved the death of one of their own.

“Officers called him a 'sad sack of [expletive],' they had their guns drawn on him,” he said. “Deputies said 'give me a [expletive] excuse.'"

Sgt. Christopher Gruenberger, who was on the scene as an on-call detective the night of Jan. 24, 2018, served as a witness in the trial and said he followed foot prints in the snow to the tree house, where they then knocked the treehouse down and used a K9 to search it. They then pulled the man out of the tree house and arrested him.

The prosecution's closing argument focused on how the actions of Dreion Dearing were not justifiable as self-defense.

Dearing's public defenders argued that Dearing was in fact acting in self-defense that night. They claimed that evidence shows deputy Gumm fired his gun first, and left Dearing with no choice but to try and save his own life by firing back in response.

“Shots were fired over Mr. Dearing's shoulder, and that's what starts the gunfire. That's what started a gunfight," Attorney Joe Archambault said. "Dearing was not the initial aggressor."

Archambault also argued that Dearing was too intoxicated to have made a reasonable decision that night and that he did not intend to assault or kill anyone.