The 52-year-old man was hit on the shoulder of Loveland Pass near Arapahoe Basin Saturday morning, CSP said. 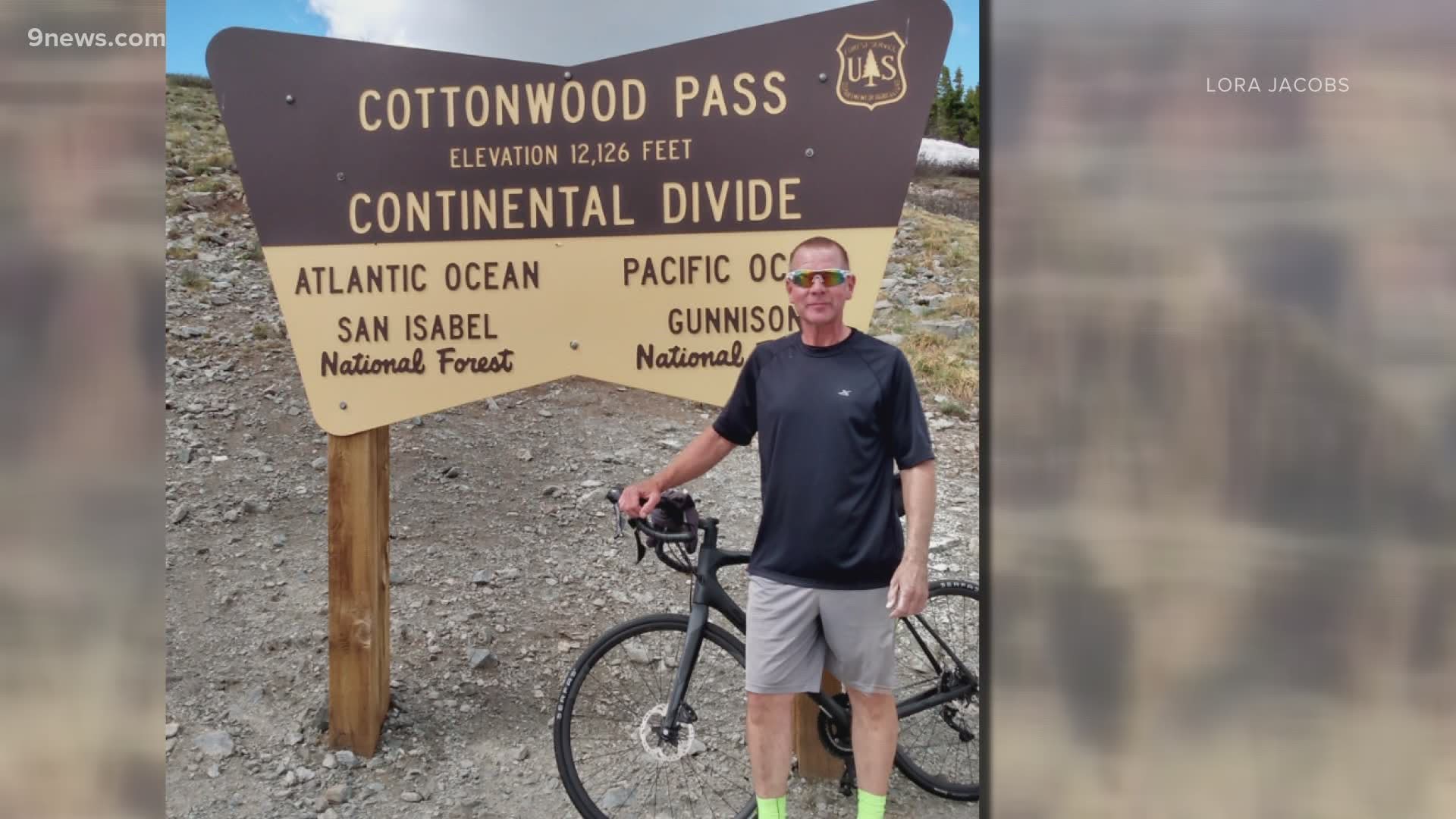 SUMMIT COUNTY, Colo. — Colorado State Patrol (CSP) is asking for information on a vehicle that may have hit a bicyclist on the right shoulder of Loveland Pass on Highway 6 Saturday morning.

CSP said the bicyclist, a 52-year-old Fruita man identified by family as Chris Jacobs, was hit around 9:30 a.m. on the eastbound shoulder roughly at milepost 221, which is just above Arapahoe Basin.

Jacobs, an avid cyclist whose goal is to ride all of Colorado's mountain passes, was taken to Summit County Medical Center and then a Denver-area hospital.

Jacobs told 9NEWS his recovery will take some time. Left with significant back and neck injuries, he expects to be in a back brace for about 12 weeks. He hopes to be out of the hospital this week.

"I'm just hoping to open up some awareness to taking some time and patience when you see a bike rider ahead of you to slow down and be patient and just respect the rider," Jacobs said.

"I just really hope that people can realize these accidents can be really serious and that everybody could just slow down and take your time and you'll get to where you're going, and everybody will make it home safe."

Jacobs' family has set up a GoFundMe fundraiser to help pay his medical bills and replace his destroyed bicycle.

According to evidence found at the scene, troopers believe the suspect vehicle is a 2011 to 2015 Ford Explorer of unknown color with damage to the front passenger fender.

State Patrol has also identified two vehicles that may have been in the area near the time of the crash and would like to speak to the drivers about anything they may have seen.

One of those witness vehicles is described as a dark grey Toyota 4-Runner with a partial Colorado license plate of “WPA” that had two younger men in it, State Patrol said. The other is a silver Mercedes AMG possibly with Texas license plates that was being driven by an elderly couple, state patrol said.

“We do not believe these two vehicles are the hit-and-run driver at this point,” said Trooper Jacob Best in a release. “However we would really like to speak with them about what they might have observed.”