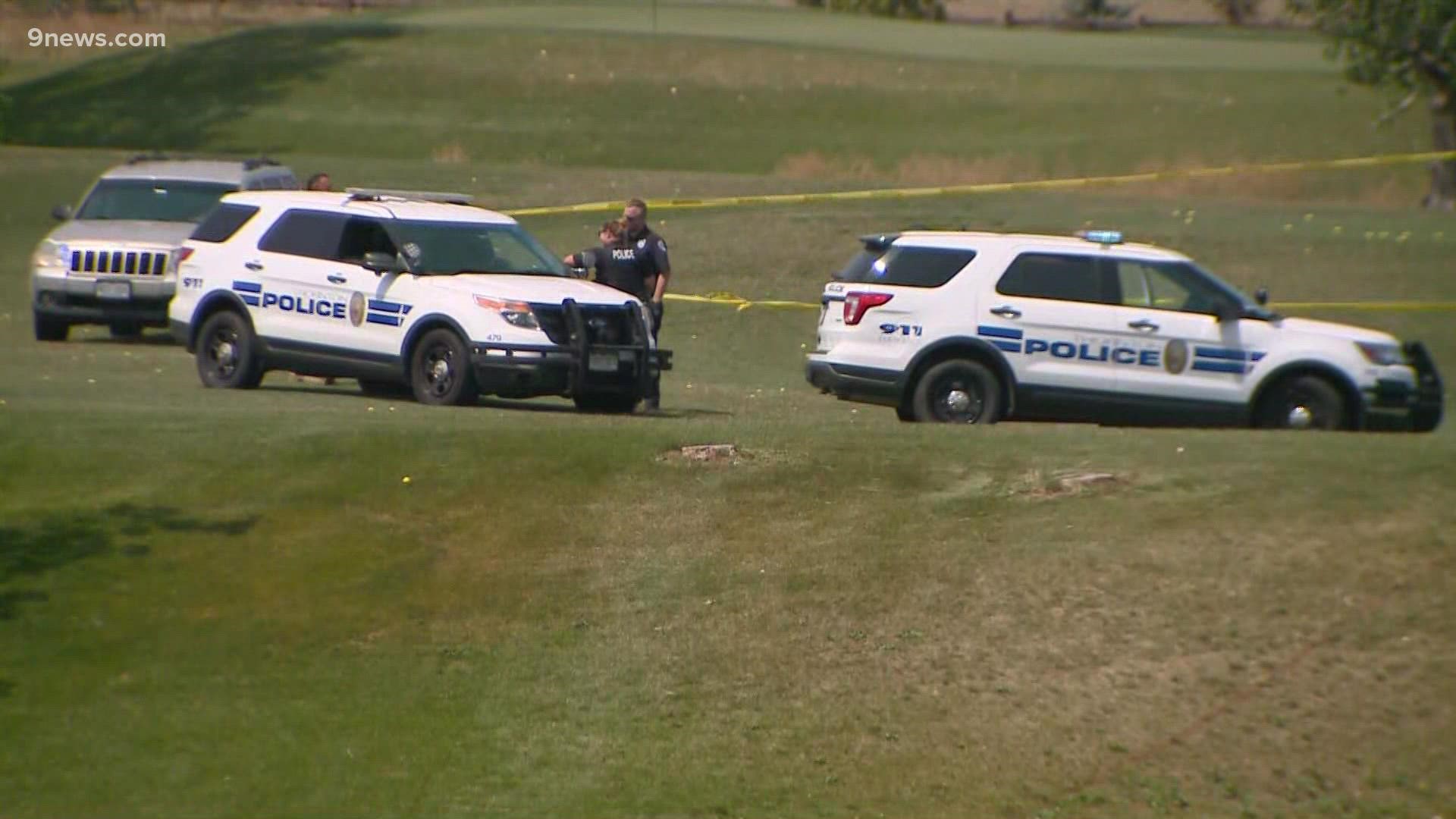 THORNTON, Colo. — The deadly officer-involved shooting of a homicide suspect on Wednesday is under investigation, Northglenn Police Department (NPD) said.

NPD said officers attempted to contact a homicide suspect around 11:30 a.m. on the 300 block of Malley Drive, who then drove away north on Washington Street.

Officers from Thornton Police Department then responded to assist before the suspect's vehicle stopped at the side of the road at 136th Avenue along Thorncreek Golf Course, according to NPD.

The suspect then got out of the vehicle, ran onto the greens of the golf course and then NPD said gunshots were exchanged after the suspect pulled out a gun.

The suspect was hit by gunshots and was transported to the hospital where he was pronounced dead, according to NPD. No officers were injured.

NPD said the officers involved in the shooting have been placed on administrative leave pending to outcome of the investigation.

Thornton PD vehicles are in the middle of the driving range at Thorncreek Golf Course. Northglenn PD says Northglenn & Thornton officers were involved in the shooting of a homicide suspect near 136th Ave. and Washington St. #9NEWS pic.twitter.com/jz579Yj5JG