How to watch for the signs of human trafficking

After an attentive flight attendant knew what to look for and ultimately saved a girl's life, a national conversation has sparked about spotting the warning signs of human trafficking. 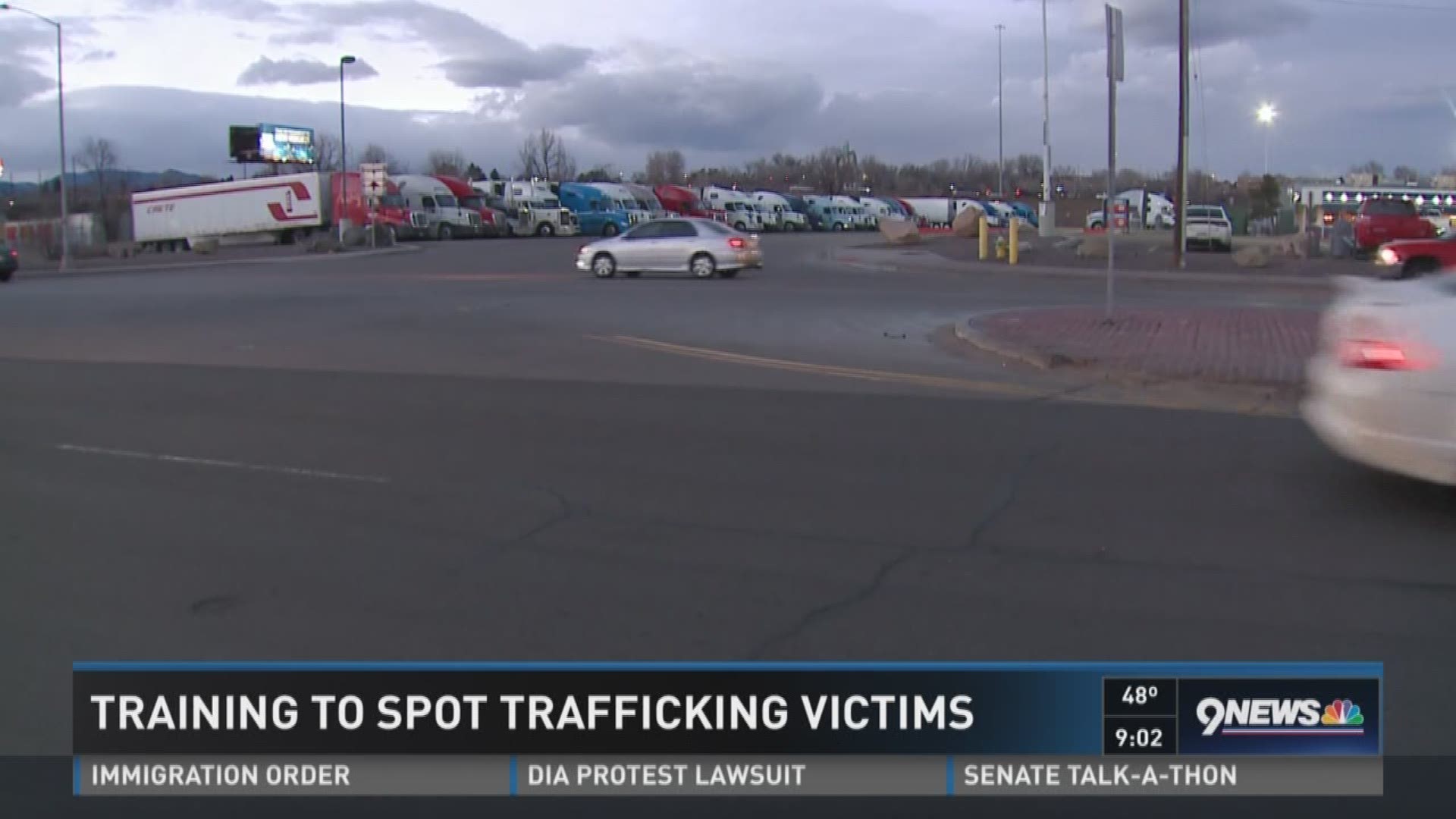 After an attentive flight attendant knew what to look for and ultimately saved a girl's life, a national conversation has sparked about spotting the warning signs of human trafficking.

Shelia Fedrick, an Alaska Airlines flight attendant, saw distinct signs that a teen passenger was a victim during a flight from Seattle to San Francisco before the 2016 Super Bowl.

Fedrick now works with others in the airline industry to spot the signs of trafficking. That training continued ahead of this year’s Super Bowl.

Others on the ground might be in a position to help, too.

Truckers Against Trafficking carries out human trafficking training in Colorado and across the country.

Over the last several years, the organization said truck drivers have helped around 500 cases, involving around 1,000 victims, including children.

Trucker James Kingery drives anywhere from 2,500 to 3,200 miles a week, and realizes his responsibility is much more than taking care of the load he’s carrying.

“We are the eyes and ears of the country,” Kingery said.

For Kingery, that means keeping an eye out for anything suspicious, including human trafficking.

He's interested joining at least 2,000 truck drivers trained to do so in Colorado.

King has met many victims, some of them kids, while prosecuting cases in Jefferson County.

“Youth who've been trafficked are tattooed in an obvious place to be claimed as property by their exploiter, a chest tattoo, a neck tattoo,” King said.

A victim could also be on drugs (including meth) have trouble making eye contact and answering questions for themselves.

Across the country, King says the FBI is working with motels to look for signs of trafficking. There is also a statewide movement to train more social workers to add to the ranks of those already watching.

“All of us take the responsibility of safety of the public to heart,” Kingery said.

Truckers Against Trafficking said in Ohio, it’s mandatory to go through this training before getting a commercial drivers license.