The officer voluntarily turned himself in and must relinquish all of the weapons in his possession. 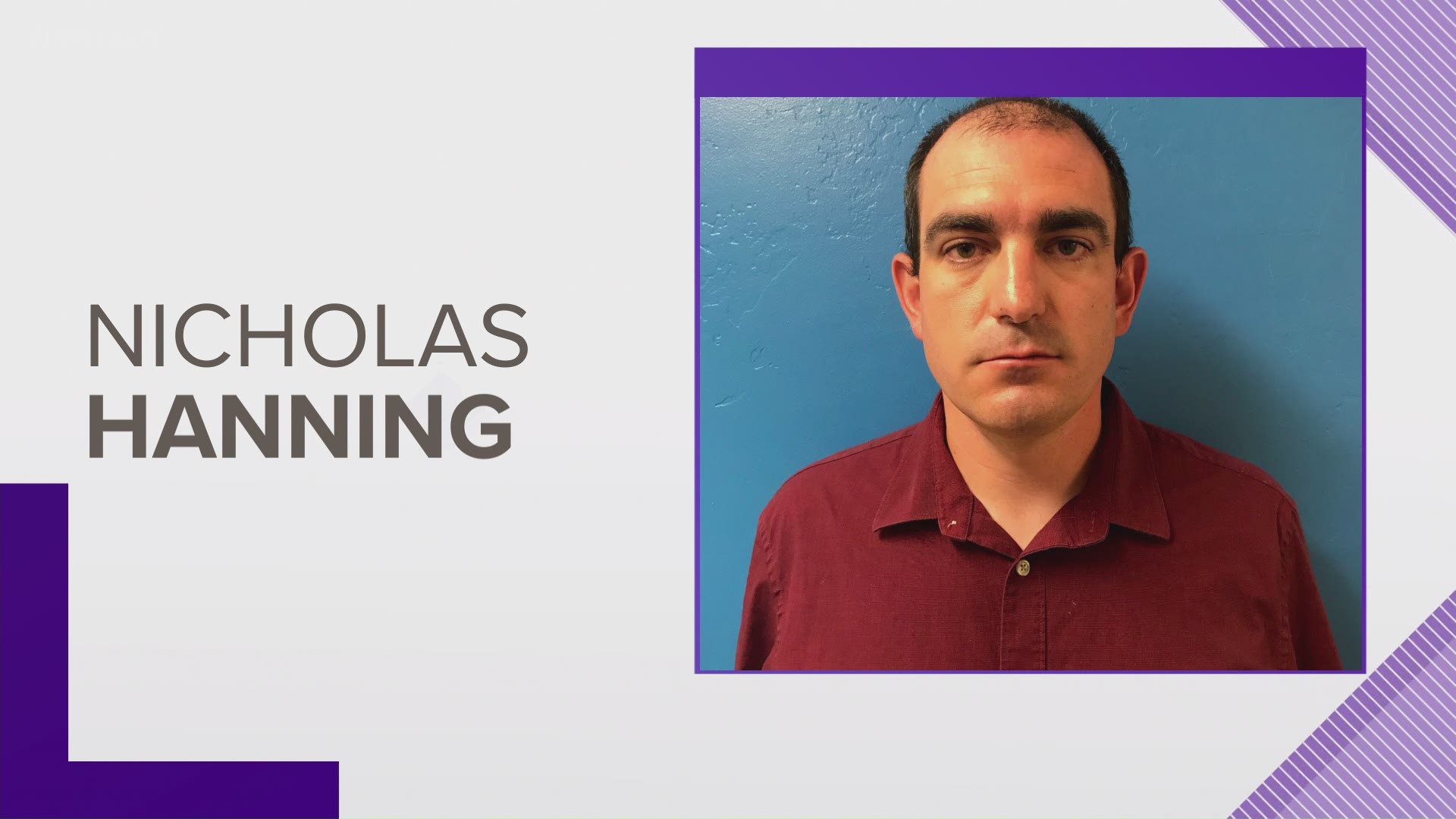 IDAHO SPRINGS, Colo. — An Idaho Springs Police officer has been charged with third-degree assault on an at-risk adult for allegedly deploying his stun gun on a man in his 70s who prosecutors claim was armed with a “sword-like weapon.”

The 5th Judicial District Attorney’s Office announced the charges against Officer Nicholas Hanning on Thursday. Prosecutors said he voluntarily turned himself in on a warrant Wednesday morning and was ordered to relinquish all of the weapons in his possession.

> The video above is a previous 9NEWS story explaining Colorado's police accountability law.

His charges stemmed from an incident that happened on May 30. According to prosecutors, Hanning and another officer named Ellie Summers were responding to a call regarding an alleged assault on a woman by her neighbor.

When officers contacted the suspect, who was described as a man in his 70s, he was holding a “sword-like weapon with what appeared to be teeth along both edges,” according to a news release from the District Attorney’s Office. Idaho Springs Police gave a similar description.

Attorney Sarah Schielke, who represents the victim, whom she identified as Michael Clark, 75, disputed information released by police and the district attorney.

"They pat themselves on the backs for charging Officer Hanning with a single low-level felony while simultaneously, in the very same releases, painting Michael -- the victim of Hanning's crime -- as some sort of crazed individual wielding a sword who deserved it," she says in a release on Monday.

Schielke said that Idaho Springs Police officers entered Clark's apartment and tased, kicked, punched and choked him, and that Clark was hospitalized after suffering heart complications and a stroke.

While the case initially went to Idaho Springs Police Chief Nathan Buseck, he asked the district attorney for a criminal investigation into the matter on June 3.

Outside of the count for third-degree assault, no other charges are being considered at this time, the release says.

The Idaho Springs Police Department (ISPD) said it has released body cam footage from the incident to the district attorney's office.

Schielke said Idaho Springs Police and the District Attorney's Office have not responded to her request to provide the body cam footage.

ISPD said Hanning has worked for the agency since October 2017, and does not have any prior complaints related to use of force. Its own internal investigation has been completed, police said, and Hanning's employment is being evaluated by the City of Idaho Springs. That's expected to take about a week.

The other officer involved in the incident has received internal disciplinary action and is still employed with Idaho Springs Police.

“We would like to extend our thoughts to the person directly involved in this incident, along with the family members that were impacted,” said Buseck in a statement provided to the media. “The Idaho Springs Police Department is a proud organization that holds itself accountable and holds all employees accountable for their actions.

"Our agency took decisive action to address this incident which included a thorough internal investigation along with immediately requesting an outside agency perform a criminal investigation.  This isolated incident is not reflective of the great work being done by the men and women of our agency who continue to work diligently alongside our citizens to prevent crime and protect our community.”