'I feel her soul and spirit here': Permanent memorial built at site where Isabella Thallas was shot

Isabella Thallas was shot and killed in Denver's Ballpark neighborhood while she was walking with her boyfriend and his dog on June 10, 2020. 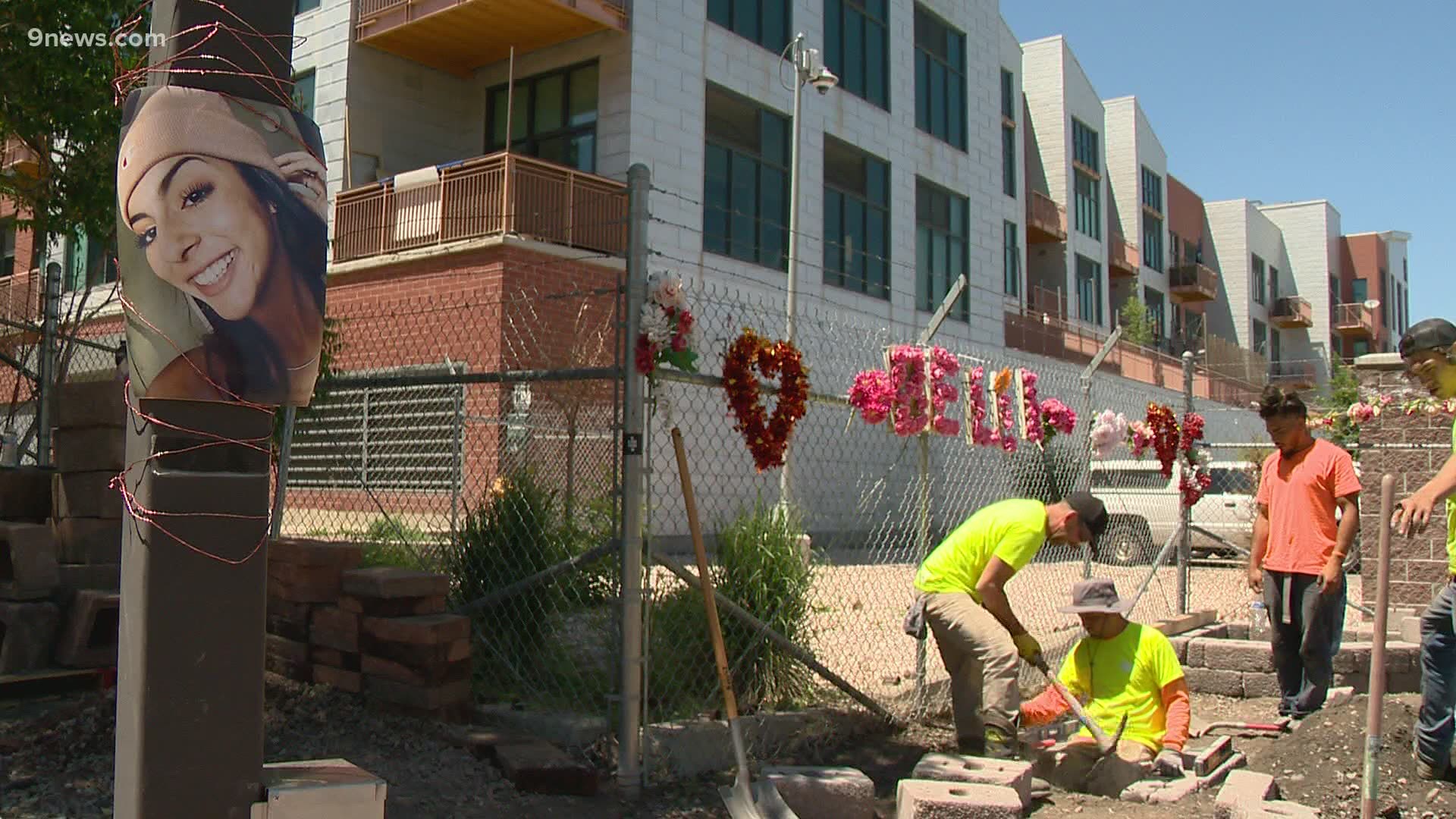 DENVER — Thursday will mark one year since Isabella Thallas was shot and killed in Denver's Ballpark neighborhood.

She was walking with her boyfriend and his dog when police say a man shot them through his apartment window during a dispute about the dog defecating in the alleyway. Her boyfriend Darion Simon was also shot but survived.

Now, there will be a permanent memorial in the spot where it all happened.

Tuesday, which would have been Thallas' 22nd birthday, a crew began working on the site. Some basic landscaping, benches, and turf for dogs will transform the corner where she died.

"I have children so I think about it every day," said James Salas with Valor Construction. He and his crew are working on the permanent memorial meant to help Thallas' memory will live on in the last place where she was alive.

"Something to un-shelf what it was so the Thallas family can kind of heal and have a nice place to sit," he said.

Wednesday was the first time Thallas' father, Josh Thallas, got to see the construction.

He said his family fought for a year to make this a reality.

RELATED: Family of woman shot and killed while walking dog in Denver wants to build a dog park where she died

"It is a surreal place to be," said Josh Thallas. "I feel her soul and spirit here more than anywhere else."

This will become a place for a community and a family to heal.

"We try to take it as a place of hope and bring a different version to the story here," Josh said.

The site sits right in front of the apartment where Thallas' accused killer fired the gun.

"It is always in the back of your mind, what that feeling was for them on that day," said Josh Thallas.

Brick by brick, a community is helping a grieving family take this corner back.

"Not one of my favorite jobs needless to say but I hope when I get done with it, it makes me feel very good inside," said Salas.

This project was possible because of donations from hundreds of people, according to Josh Thallas. Crews said they hope to complete the site within a week.

The Thallas family said they plan to visit the corner on the one year anniversary of her death.

Close has pleaded not guilty by reason of insanity and faces 22 charges, including first-degree murder and using an illegal high-capacity magazine.

Close is accused of using an AK-47 that belongs to Politica, who is his friend and a former police sergeant. Politica didn’t report the gun missing until the day of the murder.