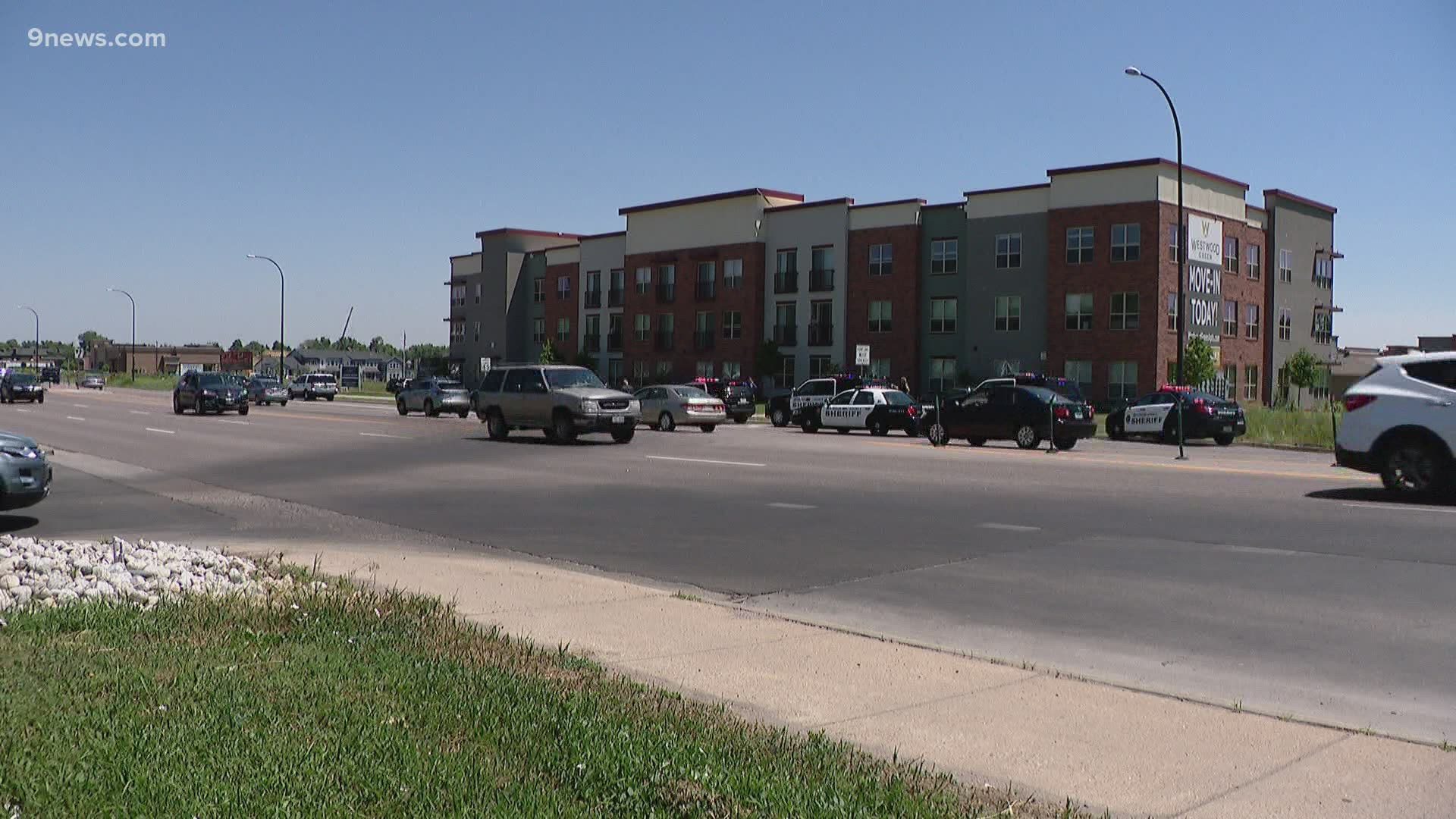 JEFFERSON COUNTY, Colo. — The Jefferson County Sheriff's Office (JCSO) said a suspect faces charges after deputies responded to a report of a man firing a gun Monday morning in the area of Wadsworth Boulevard and Morrison Road.

The sheriff's office said it received 911 calls about 10 a.m. of a man with a long gun who was firing shots.

When deputies arrived on scene, JCSO said they found a man walking in a field behind an apartment complex in the 7400 block of West Warren Circle.

The man, identified as 33-year-old William Massey, dropped the gun when deputies approached him and was taken into custody without incident, JCSO said.

Update to shots fired: Upon deputy arrival, a male suspect with a long gun was taken into custody at an apt complex in the 7400 blk of W Warren Cir. Suspect had fired multiple shots outside the complex but no one was injured. Shelter in place has been lifted; all roads reopened. pic.twitter.com/0AacCRvQgt

Massey faces three counts of felony menacing, according to the sheriff's office.

There were no injuries or property damage reported, JCSO said, and investigators do not believe anyone else was involved.

RELATED: 'I feel her soul and spirit here': Permanent memorial built at site where Isabella Thallas was shot