The trial for the man accused of killing Jonelle Matthews in 1984 is set to last a month. 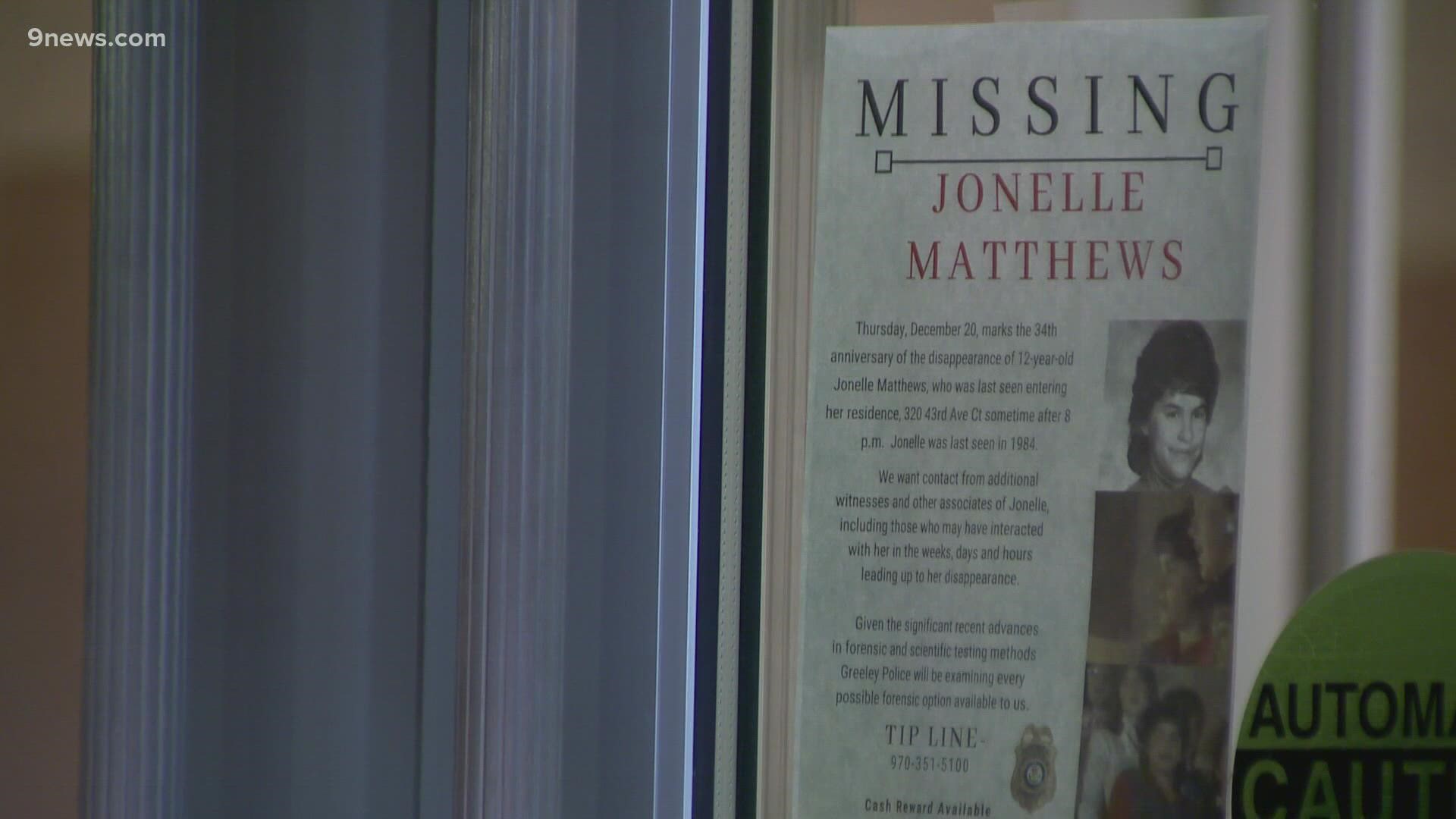 GREELEY, Colo. — Jury selection begins Wednesday in the trial for the man charged in the 1984 murder and disappearance of 12-year-old Jonelle Matthews.

She was last seen after a Christmas choir concert on Dec. 20 of that year when a neighbor dropped her off at the family’s Greeley home. When her parents came home about an hour later, Jonelle's shoes had been left behind, the front door was open and the TV was on.

In July 2019, a crew excavating at an oil and gas well in Weld County discovered her remains. In October of 2020, Steve Pankey was arrested in Idaho after he was indicted by a grand jury on first-degree murder and kidnapping charges.

Jury selection begins Wednesday and is scheduled to last six days although it could go quicker than that. The trial itself is expected to last into early November.

According to the indictment, Pankey knew of and discussed a crucial piece of evidence from the Matthews family home – the evidence was withheld from the public by law enforcement – specifically that a rake was used to “obliterate shoe impressions in the snow.”

Pankey has inserted himself in the investigation several times over the years, the indictment says, including sending an alibi letter in 2013 and attempting to delete evidence from electronic devices.

His defense attorneys admitted that while Pankey may have exhibited some odd behavior, there was no evidence he committed this crime. Instead, they argued that over the years, Pankey had tried to implicate himself for a crime he didn't commit.

In late 2018, investigators released a new video from the holiday concert on the night Jonelle was last seen. They were hoping it would generate new leads.