Frazee is due in court Friday morning where a judge could rule whether statements he made to a DHS worker would be allowed at his trial. 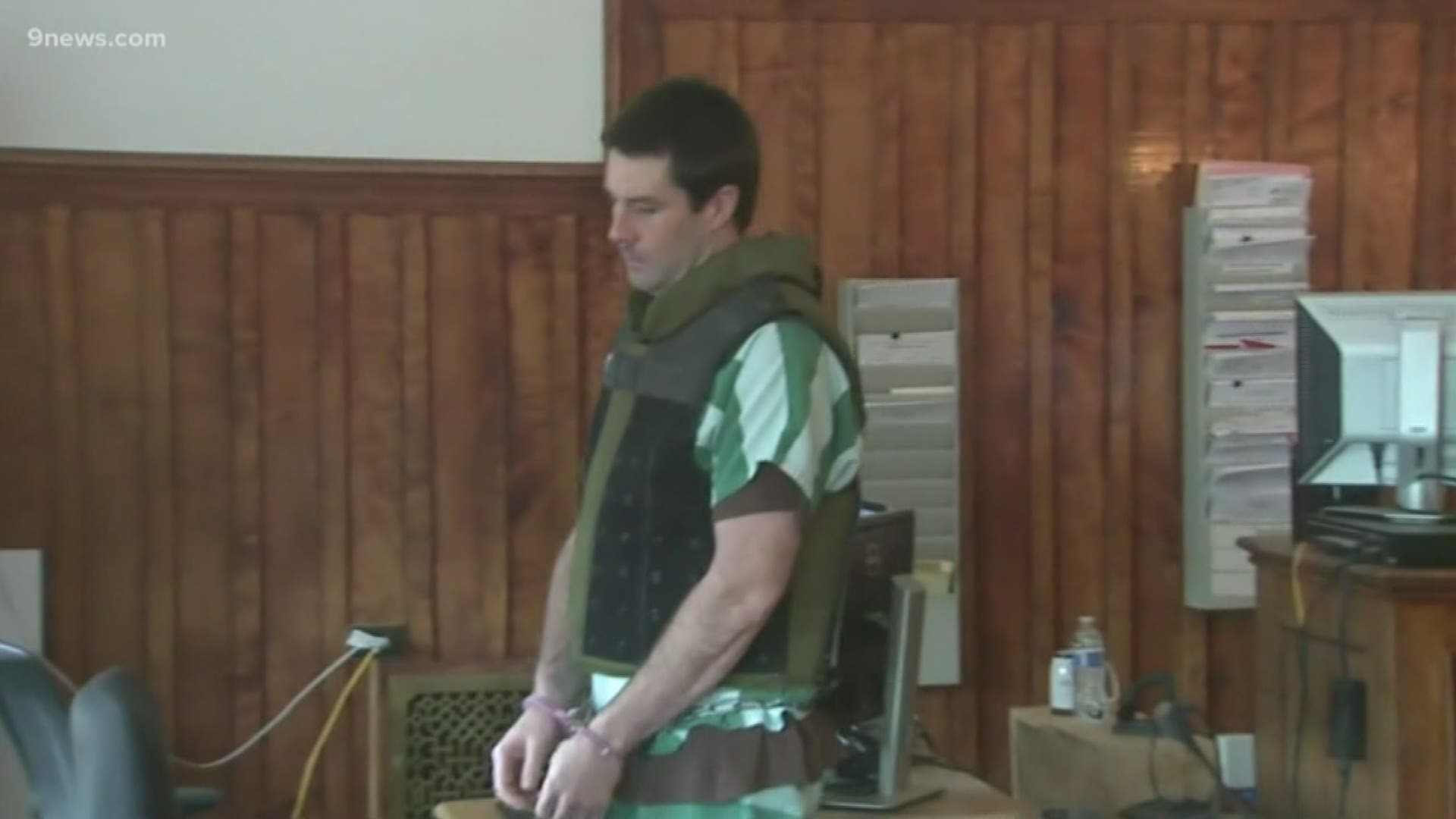 TELLER COUNTY, Colo. — Attorneys for Patrick Frazee filed a motion with the court to have statements he made to a Department of Human Services employee several days after his December 2018 arrest suppressed — meaning they wouldn't be revealed to the jury at trial.

Frazee, who is charged in connection with the disappearance and presumed death of his fiancée Kelsey Berreth, is due in court Friday morning for a motions hearing where a judge could rule on that motion and several others.

She returned at 7 p.m. that evening without speaking with Frazee's attorney and met with Frazee to have him sign a form, the document says.

At some point during that meeting, the worker conducted a conversation, which defense attorneys said amounted to a "custodial interrogation." They argued that Frazee should have been advised of his right to remain silent, as required by law.

They also argued that Frazee's statements were "involuntary" and therefore were not admissible under current law.

Frazee pleaded not guilty during a hearing in May and his trial was scheduled for late October. In court documents made public this week, attorneys estimated they would need an initial jury pool of 300 and asked for four alternate jurors to be seated.

Frazee is charged with first-degree murder, solicitation to commit first-degree murder, tampering with a deceased human body and crime of violence, which is a sentence enhancer. He is accused of killing Berreth, who was also the mother of his child. She was last seen alive on Nov. 22 – Thanksgiving Day. Her mother reported her missing 10 days later.

The 29-year-old’s body has not been found. Law enforcement spent weeks searching the Midway Landfill in Fountain for evidence. That search concluded April 17 and investigators said no evidence was located.

Frazee also appeared in court in February, where a judge determined there was enough evidence for the case against him to go to trial.

Much of the evidence presented by prosecutors during that preliminary hearing hinges on information given to investigators by Idaho nurse Krystal Lee Kenney, Frazee’s ex-girlfriend, who claimed that he asked her to kill his fiancée on multiple occasions.

Additional evidence includes cell phone records and surveillance footage that appear to put Frazee in proximity to Berreth’s Woodland Park home after he told police he last saw her, according to the arrest affidavit in the case.

Kenney pleaded guilty to tampering with evidence earlier this year. As part of an agreement, she's expected to testify at the trial.

Kenney admitted to disposing of Berreth’s cell phone in Idaho. According to testimony from Colorado Bureau of Investigation Agent Gregg Slater, Kenney told police that Frazee asked her to come to Colorado to clean up the crime scene after he allegedly beat Berreth to death.

Kenney also claimed that Frazee hid Berreth’s body in a barn before bringing her back to his home in Florissant, according to Slater’s testimony. Here, Slater said Kenney told investigators that Frazee burned Berreth’s body and other evidence related to the case and asked Kenney to take her cell phone.

Months earlier, according to Slater’s testimony, Kenney alleged that she rekindled her relationship with Frazee, who never told her about Berreth. When she found out from a mutual friend, Kenney told Slater that Frazee told her that Berreth abused their infant daughter and asked her if she would help kill her.