Lakewood Police said during the incident, the man threatened that he was armed and would kill any law enforcement who tried to enter his apartment. 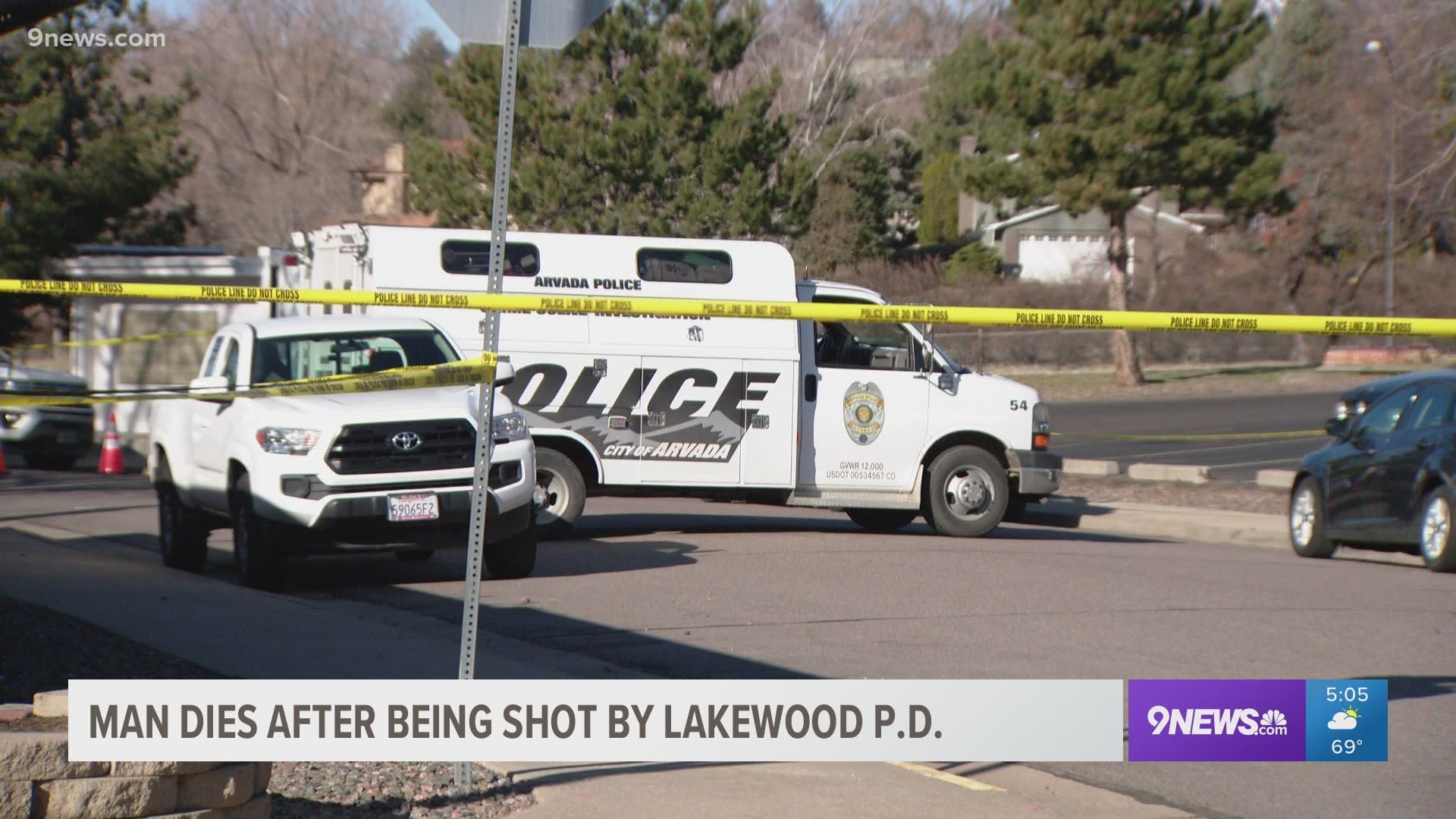 LAKEWOOD, Colo. — A man who had been throwing rocks at an apartment was fatally shot by a SWAT operator after he retreated inside and later came out onto a balcony and fired at a gun at agents, a spokesperson for LPD said.

That suspect was later identified as 35-year-old Steven Ross Glass of Lakewood.

The incident began around 2:30 a.m. when a resident at an apartment complex at 10555 W. Jewel Ave. reported a menacing incident, according to LPD. That's near the intersection of West Jewell Avenue and South Kipling Parkway.

When agents arrived they contacted the caller who said that a man had been throwing rocks at his door, the spokesperson said. The caller reported that when he went outside to investigate he noticed that the man had a gun and then went back inside to call police, according to LPD.

The suspect refused to come out when agents arrived. When contacted at the door, he opened the door to agents with a gun in his hand, so those agents retreated, according to the spokesperson. The suspect also made various threats to agents that he was armed and would kill any law enforcement who tried to enter, a release from LPD says.

The West Metro SWAT team was called and phone negotiations with the suspect began and lasted for hours without success, LPD said.

Finally, around 6 a.m., the suspect walked onto the balcony and fired shots from a weapon at agents, according to the spokesperson. It was later determined that the weapon was actually an airsoft gun. (pictured below)

Credit: LPD
A photo of the suspect's airsoft weapon provided by Lakewood Police.

He went back into his apartment and came out again holding what appeared to be a sawed-off shotgun It was at that time, that a single SWAT operator, who is also an LPD agent, fired one round at the suspect who struck. He later died from injuries, according to an update from police.

He's only been identified as a 35-year-old man.

The Jefferson County Critical Incident Response Team will investigate the shooting. Per department policy, the Lakewood Agent who shot the suspect will be placed on administrative leave pending an internal investigation.