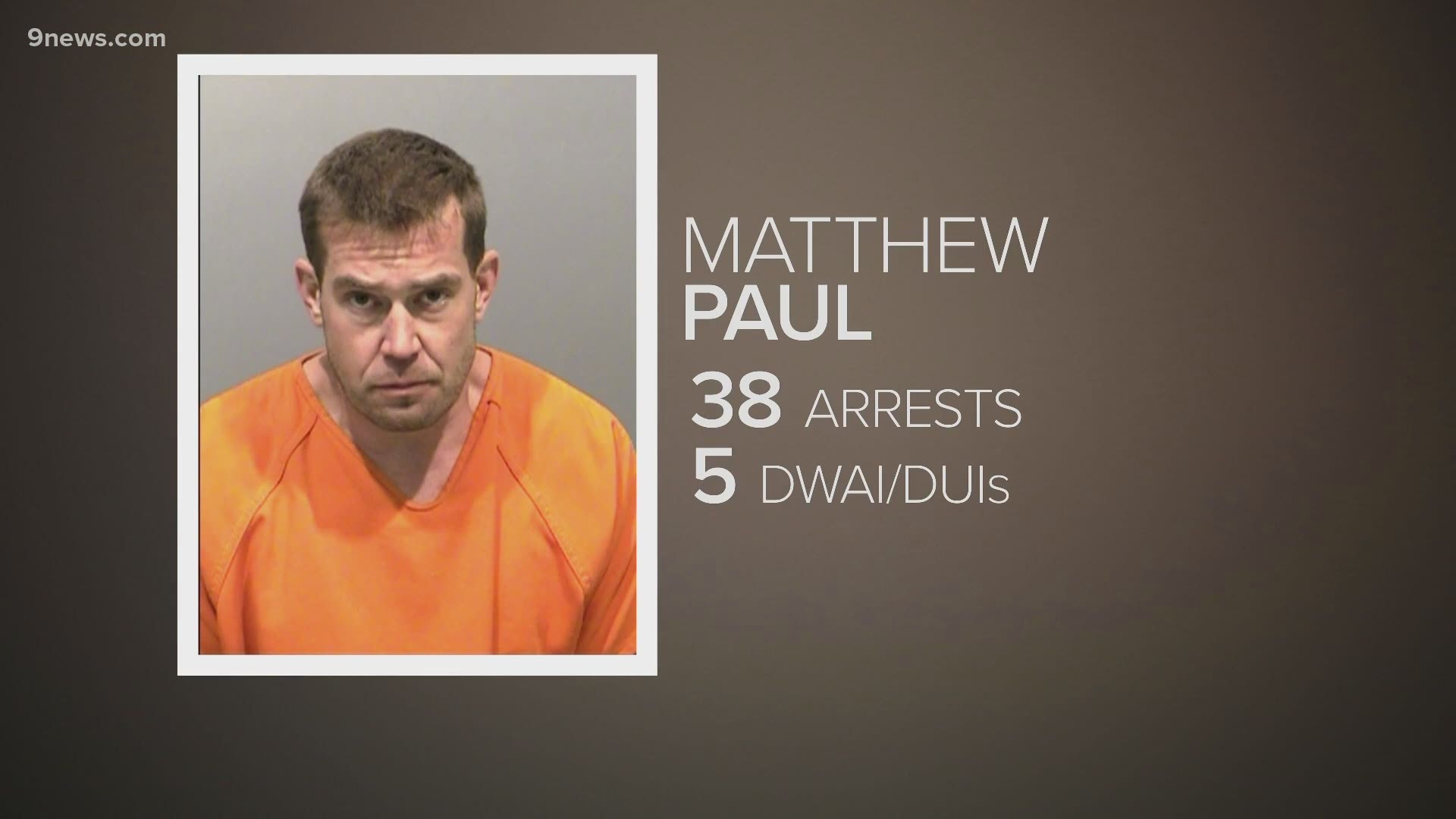 LAKEWOOD, Colo. — The man believed to be responsible for a fatal shooting in the parking lot of a Lakewood Walmart last week, and was then fatally shot by officers, had been arrested dozens of times before, court documents show.

That suspect has been identified as 46-year-old Matthew Lyvon Paul of Denver, according to John Romero, a spokesperson for the Lakewood Police Department (LPD).

The shooting last week happened in the parking lot of the store located near West 4th Avenue and Wadsworth Boulevard. Witnesses said the suspect, later identified as Paul, fired multiple rounds at the victim who was sitting in his car. The victim, 27-year-old Steven Scott Hargis of Lakewood, died at the scene.

After the shooting, police said Paul fled and unsuccessfully attempted to carjack employees and customers at the Grease Monkey located at 395 Wadsworth Blvd.

Paul fled again, and several homes and a police car were hit by gunfire. Paul was fatally shot by officers, Romero said.

Paul had been arrested 38 times since 1992 and had been convicted of drinking and driving five times, according to documents and other records obtained by 9Wants to Know.

Last month, Paul was driving a pickup and sustained minor injuries after he slammed into a Wheat Ridge police patrol car narrowly missing a tow truck driver who was helping with a disabled vehicle, according to the Wheat Ridge Police Department (WRPD).

Police suspect alcohol was involved in the wreck. Paul was taken to a local hospital for his injuries, but was released without WRPD being notified.

"The hospital is not required to notify WRPD when their patient is released from the hospital," said WRPD spokesperson Sara Spaulding. "Our officers were checking daily, but learned of his discharge after the fact. We did not arrest Mr. Paul at the time of the accident because if we were to take him into custody in the hospital, the citizens of Wheat Ridge would be responsible for his medical bills and it would not be good stewardship to pay those costs for someone charged with a class five felony."

WRPD said they filed a warrant for Paul's arrest after his release from the hospital, but it had not been signed yet by a judge when the incident occurred in Lakewood that resulted in Paul's death.

Spaulding added that if Paul had not sustained injuries the night of the crash into the police patrol car, officers would have arrested him at that time and because of his prior DUIs he would have been charged with felony DUI and taken to the Jeffco Detention Center.

"Due to COVID concerns and early release procedures implemented at Jeffco Detention Center, had he been accepted, he would likely have been released the next day," said Spaulding.