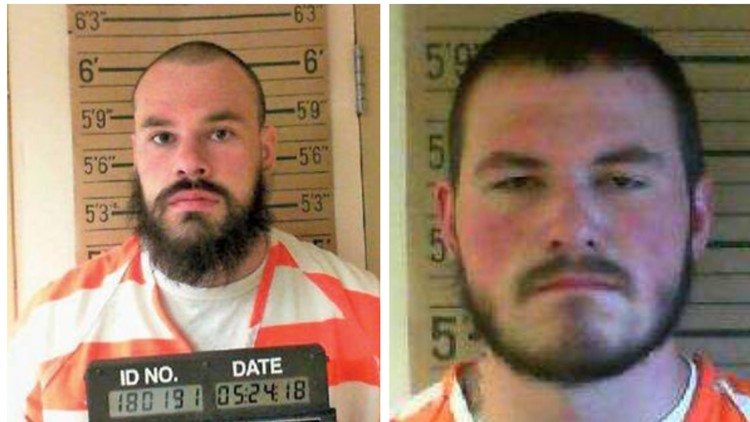 LEADVILLE, Colo. — Two Leadville brothers were sentenced to prison time in connection with a May 2018 assault that only ended when one of them was shot and wounded by the neighbor they had confronted, the Fifth Judicial District Attorney's Office said.

In separate criminal cases, TJ and Cody Reynold pleaded guilty to charges for their roles in the May 1, 2018 incident.

“These two hooligans acted foolishly and threatened someone who was just trying to keep the neighborhood peace. Now they are going to spend a lengthy period in prison where they can’t harm others,” said 5th Judicial District Attorney Bruce Brown.

TJ Reynolds, 21, was sentenced on Thursday to 6.5 years in the Colorado Department of Corrections (DOC). On Jan. 2, 2020, Cody Reynolds was sentenced to 13 years in prison for first-degree assault with a deadly weapon.

On May 1, 2018, TJ and his 27-year-old brother Cody had been driving around their rural neighborhood, driving recklessly, spinning out and kicking up rocks and dirt at a nearby residence driveway just off of Highway 91.

A neighbor followed the brothers to their home and scolded them for driving so carelessly and unsafely in the neighborhood, the DA's office said.

Minutes later, the brothers went to the neighbor’s house with a gun wanting to confront the man.

TJ Reynolds cussed at the victim, who in turn said told TJ Reynolds not to threaten him.

Cody Reynolds then drew his handgun and stated, "this is a threat," according to prosecutors.

In self-defense, the neighbor drew his concealed weapon first and shot Cody Reynolds before he could do any harm. Cody Reynolds suffered a single bullet wound to the torso.

The victim also disarmed Cody Reynolds and then went inside his home to call for help. By the time he came back outside, the brother had fled back to their home after hitching a ride with strangers, where EMS and Law Enforcement eventually found Cody Reynolds on the front porch.

Although TJ Reynolds did not shoot at the neighbor, he pleaded guilty on July 26, 2019, to second-degree assault with a deadly weapon, for acting as an accomplice and going to confront his neighbor, knowing his brother was armed.

Stemming from two other cases, TJ Reynolds was also sentenced to one year prison, for criminal mischief and one year in jail for DUI those will run concurrently with the 6.5 years DOC sentence.