Letecia Stauch, accused of killing her 11-year-old stepson Gannon Stauch, pleaded not guilty to all charges related to that case in a hearing Thursday. 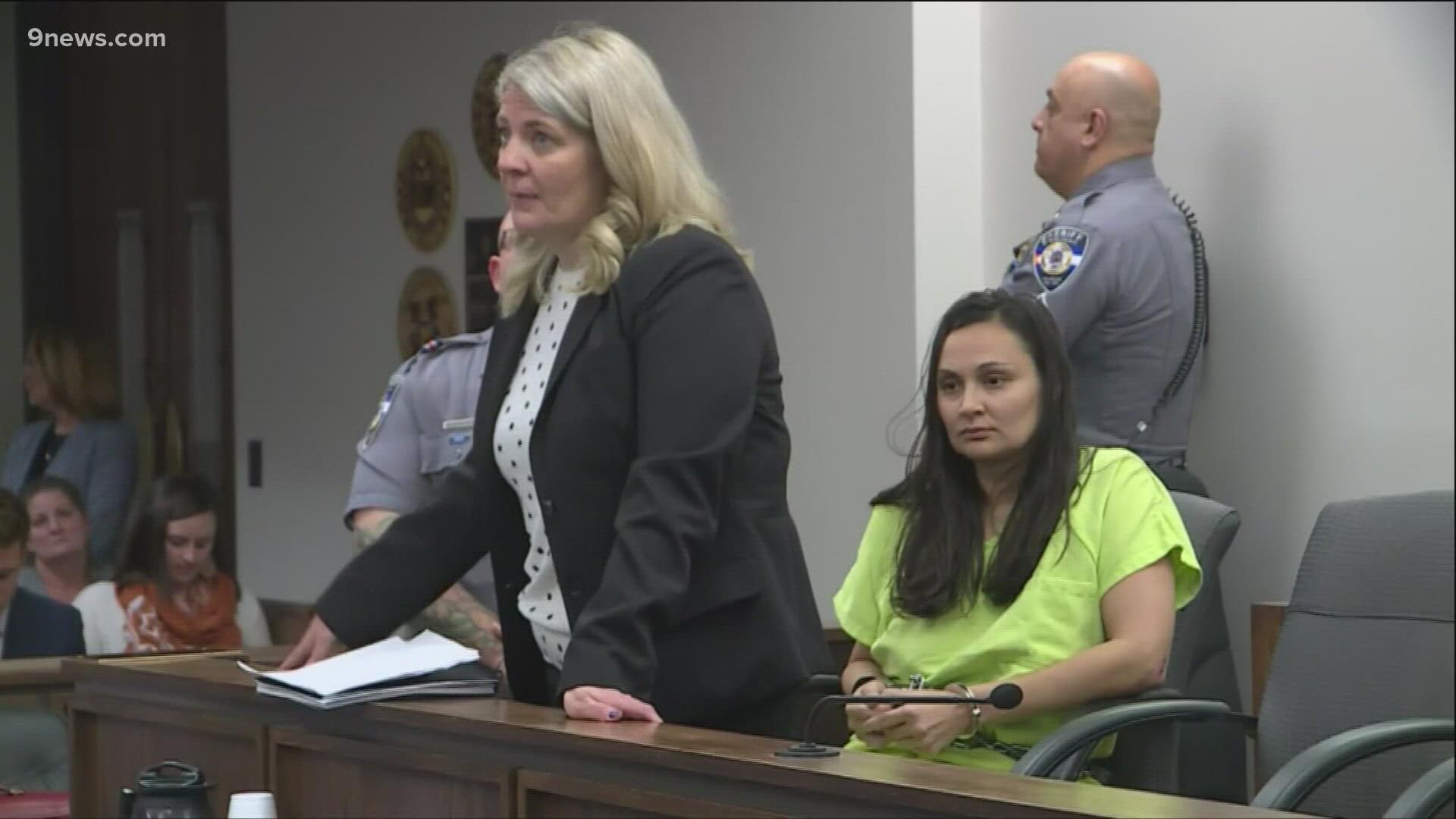 COLORADO SPRINGS, Colo. — Letecia Stauch, the woman accused of killing her 11-year-old stepson Gannon Stauch, pleaded not guilty to all charges related to that case in a hearing Thursday.

A jury trial was set for March 28 and is expected to last about six weeks, 9NEWS partner KRDO reports.

At Thursday's hearing, attorneys for Stauch said that on top of the not guilty plea, they wanted to enter evidence of her mental condition after Gannon's disappearance. The judge said he's never seen the mental health issue raised quite this way before, and it brings up some complicated legal issues.

Stauch was arrested in South Carolina on March 2, 2020, just over a month after her 11-year-old stepson Gannon was last seen. Prosecutors allege Stauch killed the boy in his bedroom hours before reporting him missing.

During a preliminary hearing in September, witnesses testified about blood that was found throughout the Stauch home, with the largest concentration of it being in Gannon's bedroom.

Gannon's remains were found in Florida in March 2020, about six weeks after Stauch's trip there. According to court testimony, Gannon's body was in a suitcase under a bridge. An autopsy concluded he had been shot and stabbed and appeared to have defensive wounds on his hands.

Since her arrest, Stauch has been held without bond on felony charges, including:

Stauch is also accused of slipping out of handcuffs and attacking a deputy as she was transported to Colorado from South Carolina following her arrest, and of plotting an escape from the El Paso County Jail. A separate criminal case is pending against her related to those incidents.

Stauch only appeared at the September hearing briefly via WebEx from jail, then declined to attend the rest of the proceeding. The judge ordered her to attend Thursday's hearing, where she entered the plea.

Court proceedings have been drawn out for various reasons including the COVID-19 pandemic and questions about whether Stauch was competent to stand trial. Ultimately, two mental health evaluations determined that she was mentally fit and that case could move forward.

There were further delays when Stauch asked to represent herself at trial and then complained to the judge that she was granted access to the law library at the jail only a few hours a week. That's where she would need to go to access case documents electronically.

Eventually, she was given nearly 1,800 pages of paper documents. In May, she was granted new attorneys and is no longer representing herself.

Stauch will be in court for a motions hearing on Jan. 6.