Body camera footage of the May ambush shooting of Deputy Michael Hutton was released Wednesday by the sheriff's office. 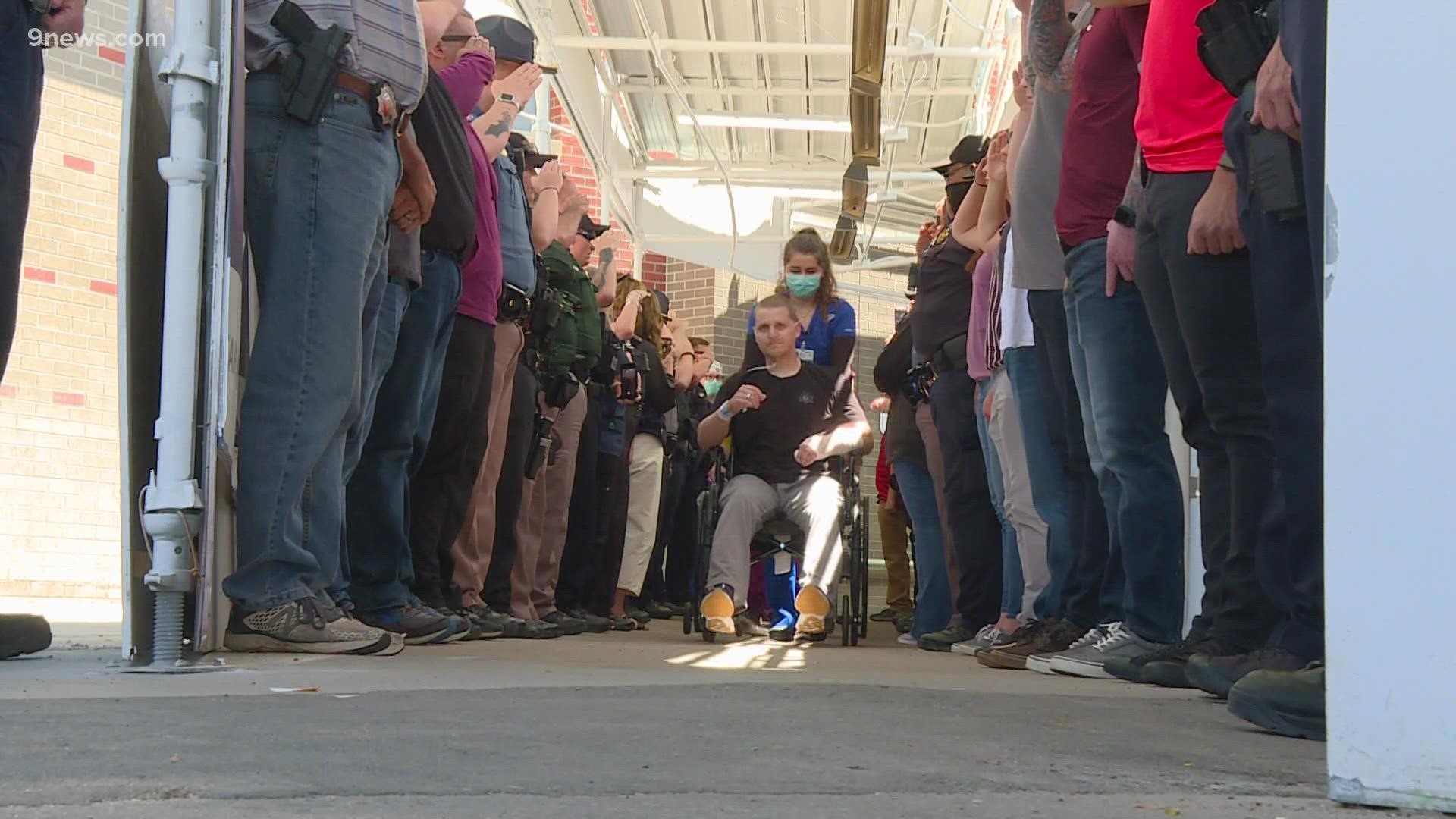 LINCOLN COUNTY, Colorado — The Lincoln County Sheriff's Office (LCSO) released body camera footage Wednesday of the ambush shooting of a deputy in May of this year that shows he was shot without warning less than a minute after exiting his vehicle.

In a Facebook post, LCSO said it was releasing the video recorded on the camera worn by Deputy Michael Hutton during the shooting to provide "insight and transparency" surrounding the ambush.

Hutton, who has been with the sheriff's office for seven years, was shot three times early in the morning on May 20 while responding to a theft-in-progress call near mile marker 386 of Highway 40 near Hugo.

He was released from the hospital a few days after the shooting.

The theft was reported just after 3 a.m. by a professional truck driver who was awoken by noises in the area and spotted a man "actively" stealing from the back of a semi-trailer that had been forcefully opened, according to LCSO.

Video released Wednesday shows Hutton arriving to the area and meeting up with the man who reported the theft. As the two of them are talking, suddenly several gunshots are heard.

Hutton was shot about 45 seconds after getting out of his car, and although he was wearing a bulletproof vest, it was not struck by any of the gunfire. He was hit in his arm, hand, and torso.

>WARNING: The video below contains police body camera footage as well as police dispatch audio which may be disturbing to some viewers. 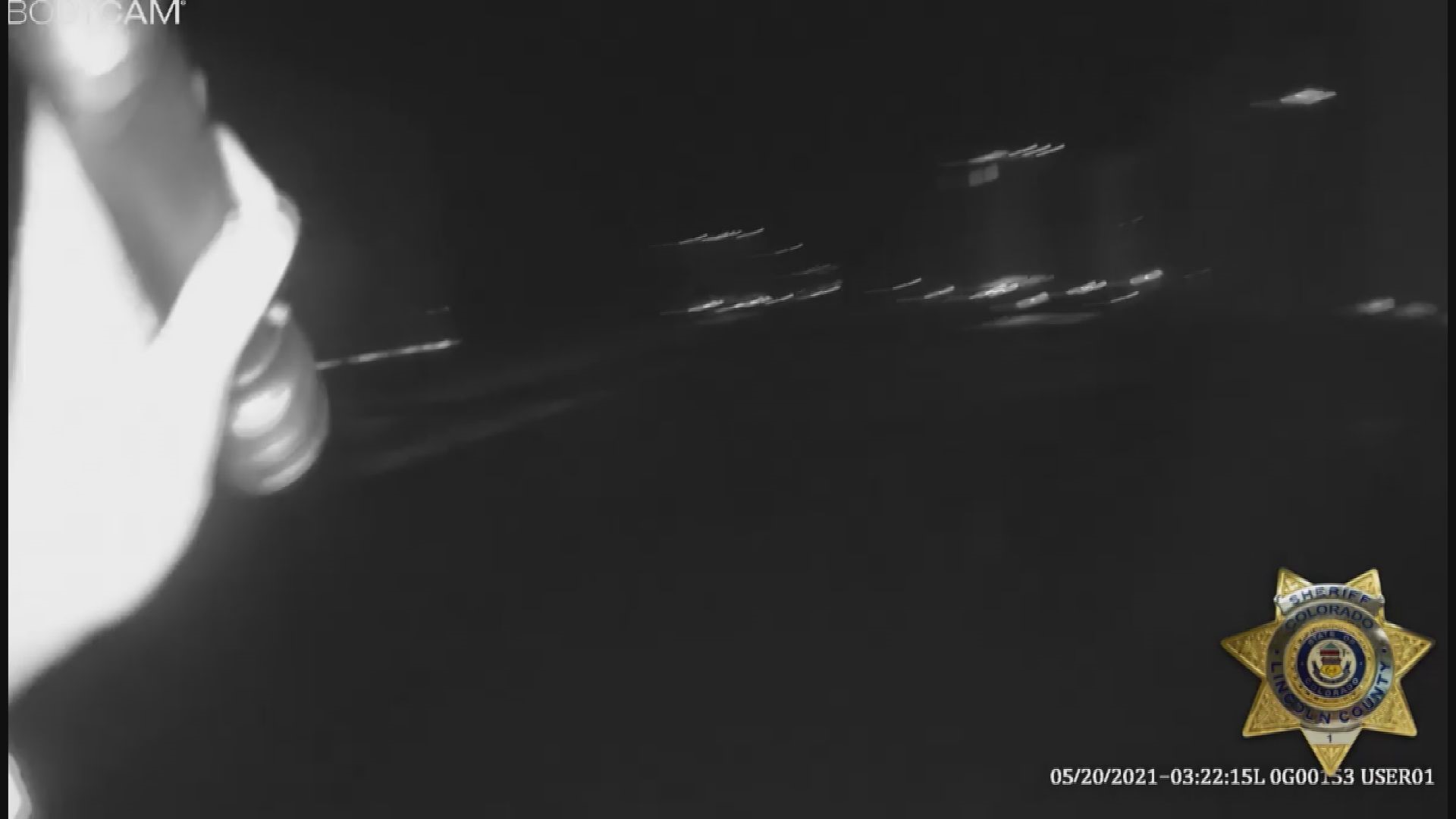 Radio traffic was also released of Hutton describing, with labored breathing, that he believed he had been shot three times and that he was losing blood "pretty quick."

Due to the location of the shooting, it took roughly 20 minutes for other deputies to arrive and provide medical assistance.

Two deputies arrived and were clearly frantic as they asked Hutton where he was hit and began to assess his wounds. He was eventually taken to a Denver area hospital for treatment.

The man who deputies said shot Hutton was later found dead in a field from a self-inflicted gunshot wound. He was identified as Tristin Ensinger, a 25-year-old man from Ohio.

The body camera footage shows that he fired at Hutton from inside the back of one of the semi-trucks.

In addition to the body camera video, LCSO also released audio of the 911 that was made by the truck driver.