Deputy Michael Hutton has serious injuries but will survive. The suspect's body was found in a nearby field. 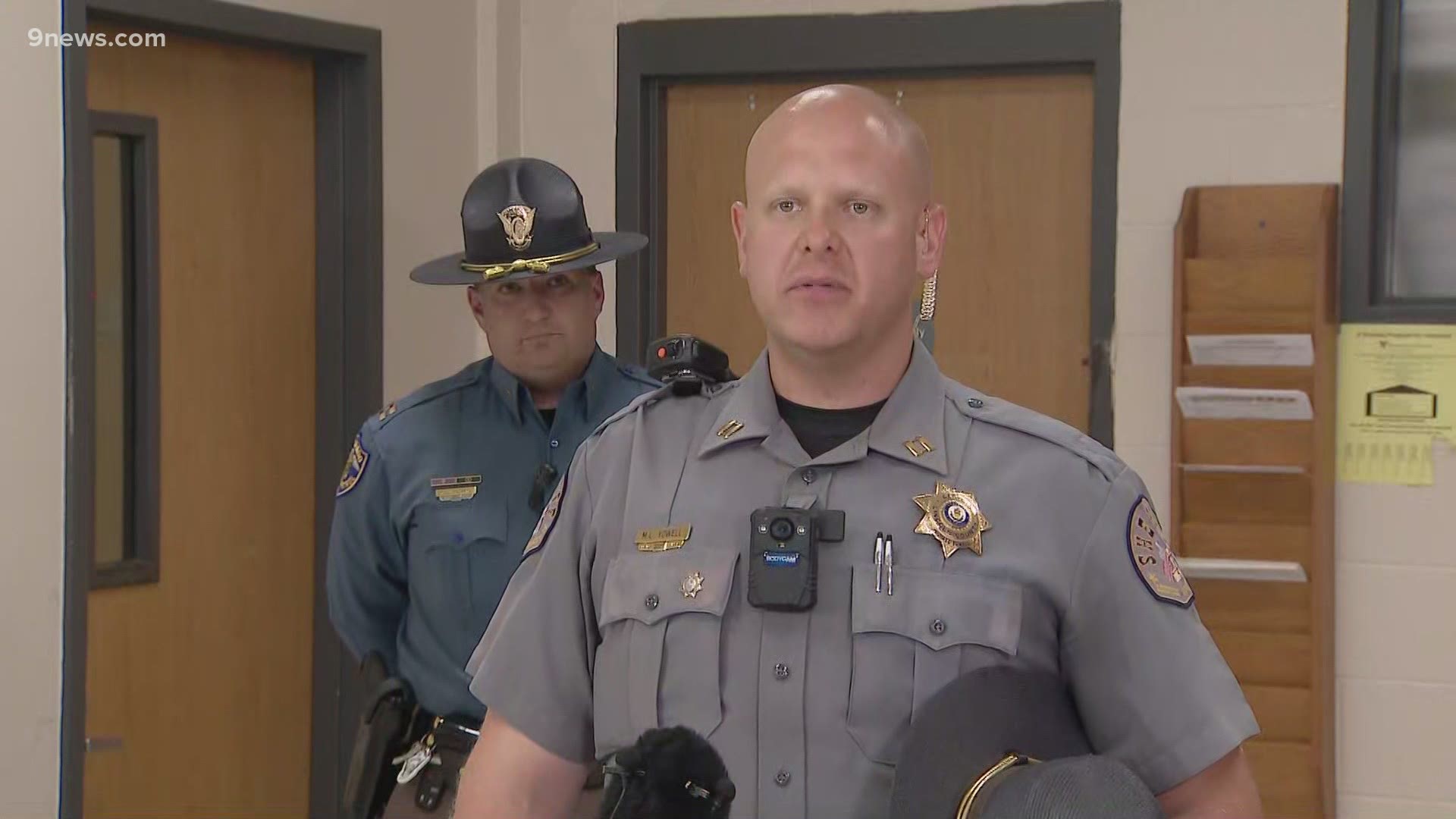 LINCOLN COUNTY, Colorado — The man accused of shooting a Lincoln County deputy multiple times outside of Limon early Thursday morning has been identified.

Lincoln County Coroner Andy Lorensen said the suspect is Tristin Ensinger, a 25-year-old man from Ohio who died from a self-inflicted gunshot wound.

Ensinger is believed to have shot Deputy Michael Hutton while he was responding to a theft-in-progress call near mile marker 386 of Highway 40.

Hutton has been with the Lincoln County Sheriff's Office (LCSO) for seven years and is being treated for at least two gunshot wounds at a Denver-area hospital. The sheriff's office said Thursday that Hutton is expected to survive.

LCSO announced on Twitter Saturday that Hutton had been moved out of intensive care, saying he "continues to amaze us."

"I struggle to find the word that we lived for those few hours trying to figure out that Mike was OK," said Captain Michael Yowell, a spokesperson for LCSO. "We called for everybody, we were looking for somebody who just took out 10% of our law enforcement officers. We're only 10 wide and Deputy Hutton represents 10% of us." 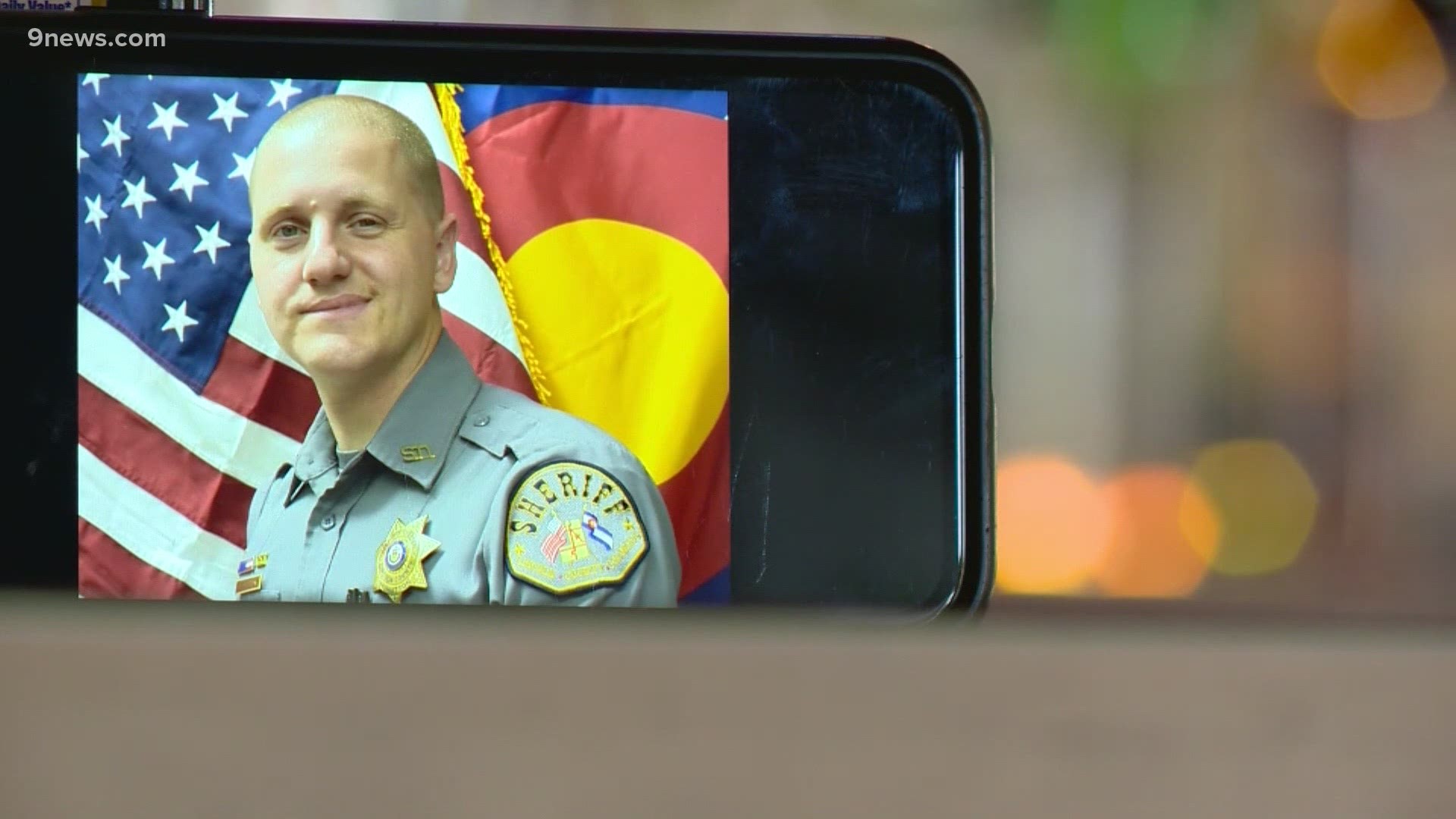 Family members, including Hutton's wife and young son, were by his side at the hospital, according to the sheriff's office.

Here is our hero.... pic.twitter.com/Q93nNimUo2

"Spirits are high in that room," said Yowell, who noted that the sheriff and undersheriff were both with Hutton and his family.

"He's [Hutton] a United States Air Force veteran that was a military police officer for close to a decade," Yowell said  "We're talking about a guy who part of our tactical team, who is one of the nicest guys you'll meet. He is our school crossing guard in the town of Hugo."

Credit: LCSO
Deputy Sheriff Michael Hutton is awake and able to talk to investigators at a Denver area hospital.

The theft-in-progress was reported just after 3 a.m. by a professional truck driver who was awoken by noises in the area and spotted a man "actively" stealing from the back of a semi-trailer that had been forcefully opened, according to LCSO.

"Within seconds of getting out of his car and investigating this theft, he was hit with a hail of gunfire and was struck multiple times," Yowell said.

Hutton was wearing a bulletproof vest, but the vest was not struck by any of the gunfire. He was also wearing a body camera which provided important suspect information when the deputy was unable to speak, according to LCSO.

"When we started calling for help, other agencies said 'we're coming', and that's what I needed to hear in that moment," Yowell said. "Between the fog and the darkness, we didn't know what we were going to find but we knew what had already happened."

The truck driver who called in the theft suffered an "abrasion" but refused medical treatment. He was instrumental in the investigation, according to Yowell.

"He's doing great, he's cooperating with investigators right now and was crucial, absolutely crucial, in this investigation in the early stages," he said. "And we can't thank him enough. He too saw evil tonight and did phenomenal and helped us with investigative leads."

Ensinger was found deceased in a field about 1,000 yards from where the shooting happened, according to Yowell.  He said evidence found at both locations makes them feel confident that there is no threat to the community.

Incidents like this are rare in this area of the state, so rare that Yowell could recall the exact date of the last incident, which involved a Limon Police Officer.

"March 9, 2011,"  he said. "That was the night we lost Limon Officer Jay Sheridan in the line of duty. Ten years ago and a handful of days."

A lot of the people who responded to the scene Thursday morning also responded the night Sheridan was killed, Yowell said. Sheridan was the first Limon officer killed in the line of duty, according to prior 9NEWS reporting.